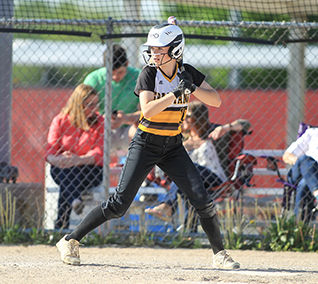 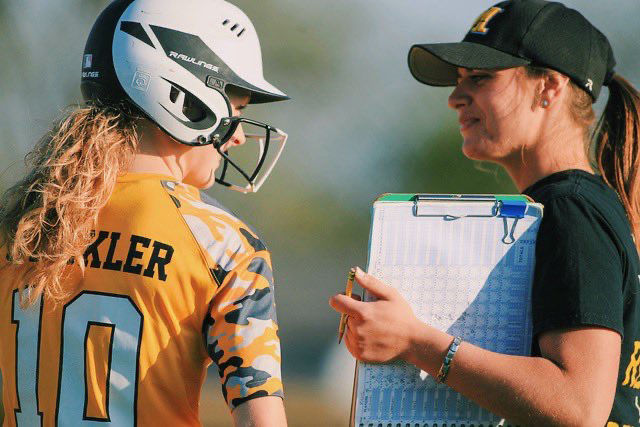 “My time on the field at Marian has definitely shaped me into who I am, no matter how cliche that sounds.

“I’ve been in love with softball since I picked up a ball when I was 5. My mom has pictures of me in oversized jerseys to prove it. I think I speak for most travel softball players when I say that the high school season is just different. It’s my favorite time of the year.

“I’ve been blessed to be on the Marian Catholic varsity since I was a brace-faced, 15-year-old freshman. Since sophomore year, I’ve had the honor of being a captain for my Spartans. Our team has always had the best camaraderie, and the loyalty every one of us has for each year when we’re on the field is unmatched.

“To speak the obvious, yes, I’m heartbroken over losing my senior year. The worst part, though, is losing my last season with Nora Zerante, my role model and head coach, and my teammates. It hurts to know that I’ve played my last game with my best friend since fifth grade and reliable right fielder, Katie Clary. It hurts to think I’ve spent my last inning in center field for the Spartans.

“I don’t think there is much I can do but appreciate the three amazing and character-building seasons that God allowed me to play. I think we can learn a lot. This has taught me to value what I have and the moments I’ve been given much more. It has taught me to be grateful for the things I used to do every day.

“Never again will I complain about a morning or late-night practice or playing catch with my forever wingman and amazing teammate, Allie Thieman.

“When I think back on my time at Marian Catholic, there is nothing for me to feel but immense gratitude for the people I met, the things I learned and the experiences the program gave me. It hurts in every way possible not to get one last go-around. That’s life.

“Something my dad always tells me is ‘It’s just balls and strikes, kid.’ The first time he said this to me was after an umpire’s bad call, but that isn’t what he meant. Sometimes that’s just how it goes. Sometimes I strike out when I don’t deserve to. Sometimes life is going to be unfair. Yes, I’m sad. Yes, this is painful. Yes, I would do anything to get these months back. But as my dad said ‘It’s just balls and strikes.’

“Having that mindset has allowed me to cope with the obstacles the virus has created for not only athletes, but the whole 2020 graduating class. As much as I’d like to have a senior season and say goodbye to high school softball on my own, I know that isn’t an option. As Andy from my favorite show ‘The Office’ said, ‘I wish there was a way to know you’re in the good old days before you’ve actually left them.’ I didn’t get the chance to say goodbye to my high school career in the way I was supposed to, but I know that these circumstances could never take away from what I was given here at Marian.

“I confidently say that I found myself during my four years as a student at Marian and even more confidently say that the majority of that soul-searching was done on our home field. The dugout will always hold a special space in my heart. I hope for those after me, it does just the same.

“My favorite memory was my sophomore year. We hosted a regional, and the team worked as the field crew. We used to have this large, difficult-to-handle green tarp. During a game we were watching, Gabi Angellotti and Anna Raymond offered to drive Katie and myself to Dunkin Donuts for coffee. Coach said we were allowed to leave, but we better be back on the field helping the team if it started raining.

“It was sunny and warm, so we figured we were good. In the drive-through, I noticed a bit of drizzling. We were already in line, so we figured we’d take our chance. We all got strawberry banana smoothies, which I vividly remember took a painful amount of time to make. It just kept raining harder and harder. You can only imagine the hysterical and hilarious panic in the car.

“We somehow made it back just as they were rolling out the tarp. The ride back to school felt like a rocket ship. Katie’s shoe flew off as we ran out to help. It was and still is one of the funniest things to happen during my time at Marian. It wasn’t a crazy play or win that will remain in my memory, but rather the hilarious, heartfelt and amazing moments I experienced with my teammates.

“The memories I made as a Spartan are immeasurable. I’ll cherish them for the rest of my life.”