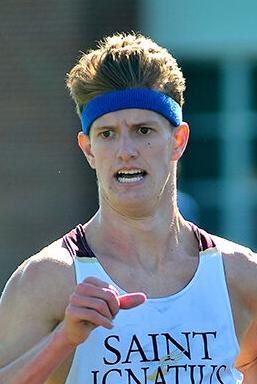 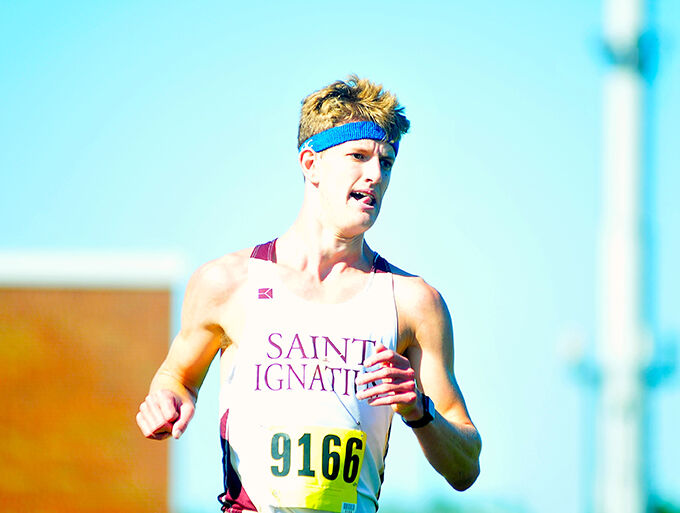 Linnen is a senior cross-country runner for the Wolfpack. He also competes with the St. Ignatius track-and-field team in the winter and spring seasons.

He is a Lincoln Park resident and a St. Clement Elementary School graduate. His twin brother, Colin, is also a runner at St. Ignatius.

Liam is undecided on his college choice, but he is leaning toward running in college.

The Wolfpack finished third as a team at the Class 2A state meet last season. Running at state as a junior, Linnen finished 39th (15:44.42) in Class 2A.

How did you originally get into running?

“I tried it in grade school because everyone does everything in grade school. I found out I was kind of fast. I came to St. Ignatius and started running, and here I am today.”

Were you a good runner right away?

“It was in grade school where I was pretty fast, but I wasn’t that into running. In high school at St. Ignatius, we have a good program. We had some older guys who taught me all about the sport. It took off from there.”

What’s it like running with your brother on the team?

“It’s really fun. We’re pretty competitive. When we were younger, we’d always compete and run 5K races. We would stick together, but then it was always a test who would finish first.”

Did you find any good distractions to stay busy during the quarantine this spring?

“I was out running a lot. Some Netflix, some video games, all of the above.”

Anything good to recommend from a Netflix binge?

“I liked the show ‘Cheers.’ A throwback. I watched ‘Tiger King,’ too. That was really funny. I watched ‘Seinfeld,’ too.”

Going with some throwback sitcoms?

What video games were you playing?

Did you watch “The Last Dance” on ESPN?

“I watched it and loved it. I learned a lot. It was fun. You learn a lot about the team chemistry. When Jordan was coming back and lifting weights after they lost in the Eastern Conference Finals to the Orlando Magic and he’s pushing his teammates, I liked that a lot.”

Give me your go-to pizza.

“My favorite pizza place is probably Lou Malnati’s or Giordano’s. I’d pick deep dish with sausage. I don’t care, though. Pizza is pizza, but I like deep dish.”

“White Sox, obviously. I grew up a fan. My grandfather [Bob] was a huge White Sox fan, so he kind of brainwashed me—in a good way.”

“Probably Christmas or Thanksgiving. Once, [as a gift], the family got tickets to a Bulls game with tickets right on the floor. That was really cool.”

What’s your favorite meal of the day?

“That’s easy, breakfast obviously. My go-to breakfast is scrambled eggs and bacon. One thing I especially like is chicken and waffles.”

What goals do you have for your senior season?

“My goal as a team, we have high expectations going in. We finished third-place at state last year. We wanted to win Class 2A, so it was disappointing to hear the news that there won’t be a state meet.

Hopefully, state happens in the spring for track and field. It’s my last go-around. I really want the opportunity to have a shot at the state title.”