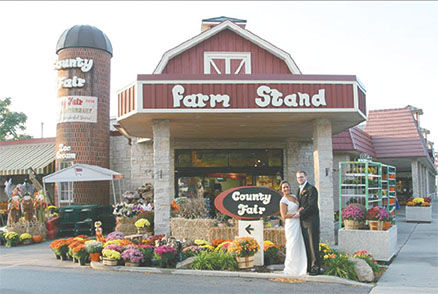 As Valentine’s Day nears, love is in the air, but given the number of couples who met at County Fair Foods, 10800 S. Western Ave., and went on to marry, Cupid also visits there in months besides February. Joanna King, granddaughter of County Fair owner Bill Baffes and daughter of Tom Baffes, president, met Brian King in 2008 while clerks in the deli. The couple married in 2014. They took wedding pictures at the store. 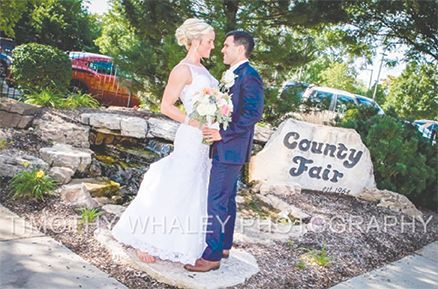 Dan and Colleen Villasenor, who also met at County Fair, took pictures at the local grocery store on their wedding day. 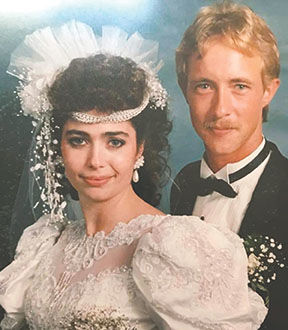 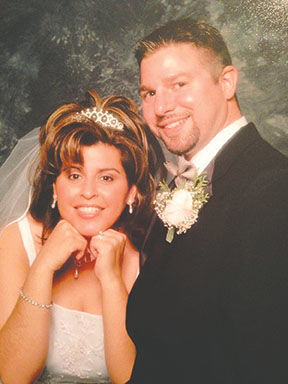 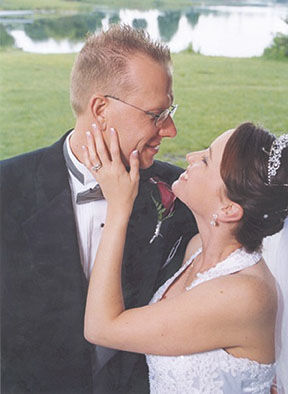 As Valentine’s Day nears, love is in the air, but given the number of couples who met at County Fair Foods, 10800 S. Western Ave., and went on to marry, Cupid also visits there in months besides February. Joanna King, granddaughter of County Fair owner Bill Baffes and daughter of Tom Baffes, president, met Brian King in 2008 while clerks in the deli. The couple married in 2014. They took wedding pictures at the store.

Dan and Colleen Villasenor, who also met at County Fair, took pictures at the local grocery store on their wedding day.

A neighborhood grocery store may seem like an unlikely place for singles to find the love of their lives, but cupid’s arrow has struck employees at County Fair Foods numerous times.

“There have to be at least 20 couples who met while working here,” said Terri Winkler, office manager at the family-owned business located at 10800 S. Western Ave. Winkler is the oldest daughter of Bill Baffes, owner of County Fair Foods.

Some of the romances were slow brewing. Some got a nudge from intermediaries. Just about all resulted in long-lasting unions.

At least two brides have posed in front of the grocery store wearing their wedding gowns. One was Joanna King, granddaughter of Bill Baffes and daughter of Tom Baffes, president of County Fair.

Joanna met Brian King in 2008 while they were working as clerks in the deli.

“We were friendly, but we both had other boyfriends/girlfriends,” Joanna King said. “I went away to college at Illinois Wesleyan, but when I came back on breaks, he was always there at the store. It seemed like we were friends for a long time.

“Around the time when guys were making a big deal about shaving their chest hair, I said, ‘I don’t know why they do that, I like guys with chest hair.’ I could tell he had a crush on me,” she said with a laugh, “because after that … he was wearing a polo, and he made sure his chest hair was showing.

“It wasn’t until after I graduated that we started hanging out together after work,” King said. “He seemed kind of nervous about asking me out because I was the boss’ daughter.”

The couple became engaged in 2013 and married in 2014. Brian King left County Fair to work for a food distributor. He now works for Ryder. The Kings live in Homewood and have two children, Teddi, 3 and Ellie, 2. They’re expecting a third child in March.

Loraine Bicek, then Loraine Vicenteno, was 25 and working at County Fair as the office manager when Bill Baffes started a discussion about her future.

Loraine had her eye on Rob Bicek, a food distributor sales rep who visited County Fair for several hours at least three times a week.

“I mentioned that I liked the sales rep and that I had an extra White Sox ticket, and Mr. Baffes immediately got on the intercom and called Rob into his office. He tells Rob, ‘I’m asking you to go to a Sox game with Loraine, and if you don’t go, you might lose your account.’ I’m turning beet red because I can hear everything he’s saying. I called Rob later and told him he didn’t have to go, but he said, ‘No, no.’ He wanted to go.”

“I’m so glad Mr. Baffes did that,” said Bicek. “If it weren’t for him, I don’t think we would have gotten together. I’m too shy. I would have never asked.”

Rob Bicek still works as a sales rep for KeHE Distributors. Loraine is County Fair’s head cashier. They live in Tinley Park with their daughter, Payton, 15. The Biceks are White Sox fans and attend the team’s season-openers.

Lisa Sareny has managed the County Fair deli since 1987. Early on, she enjoyed conversing with an older deli clerk, Carol Pausz.

“We’d talk about family,” Sareny said. “We got along well together. I liked her a lot, even after she became my mother-in-law.”

Pausz had invited Sareny and several other County Fair associates to a party in her home. That’s when Sareny met Carol’s son, Mark.

“Yeah, he was there,” Sareny said. “You could just tell he was a nice guy. The whole family was nice.”

Mark is a union carpenter and never worked for County Fair, but he attended County Fair gatherings.

Lisa and Mark have been married 26 years. They have two daughters, Ashley and Rachael. They live in Oak Forest.

Don Dahlgren started working for County Fair when he was 18. What started as a summer job between college studies at Northern Illinois University blossomed into a full-time career as a manager. Around 1999, romance also blossomed for Dahlgren when he kept crossing paths with a head cashier named Hilary Hoffman. She started working at County Fair in 1996.

“We were working together, so I was seeing her every day,” he said. “She, actually, asked me out. We went to see a Star Wars movie, I’m thinking ‘Phantom Menace.’ That was it for me.”

The couple married in 2003. Dahlgren still works at County Fair as a manager. His wife now works in medical billing. They live in Mt. Greenwood and still go to the movies about once a month.