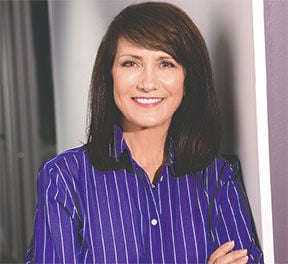 Marie Newman defeated Lipinski in the Democratic primary election after narrowly losing to him in 2018. A pro-choice supporter who has called for “Medicare for All,” she will face Mike Fricilone in the general election. Fricilone comfortably defeated two other candidates in the Republican primary. 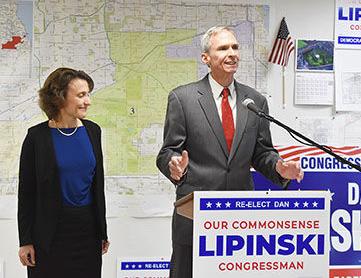 During a press conference at his Oak Lawn headquarters on March 18, U.S. Rep. Dan Lipinski said he believes his pro-life stance hurt him in his re-election bid. He has represented the Third District of Illinois since 2005. (Review photo)

Marie Newman defeated Lipinski in the Democratic primary election after narrowly losing to him in 2018. A pro-choice supporter who has called for “Medicare for All,” she will face Mike Fricilone in the general election. Fricilone comfortably defeated two other candidates in the Republican primary.

During a press conference at his Oak Lawn headquarters on March 18, U.S. Rep. Dan Lipinski said he believes his pro-life stance hurt him in his re-election bid. He has represented the Third District of Illinois since 2005. (Review photo)

This year, she was victorious.

With all 500 precincts reporting, Newman, of LaGrange, earned about 47 percent of the vote, outpacing Lipinski’s 45 percent.

Two other challengers, Rush Darwish and Charles Hughes, had 6 percent and 2 percent, respectively.

“What a journey. I am bursting with pride and gratitude for the amazing coalition who helped bring about much needed change in our district,” Newman said in a prepared statement. “We are going to work together to lower health care costs, to fight climate change and to continue building a hospitable community for everyone, no matter where you come from.”

The Associated Press called the race for Newman late on March 17, although Lipinski, who defeated Newman by a 51- to 49-percent finish two years ago, did not concede until the next day.

He said at a press conference at his headquarters in Oak Lawn that the numbers showed he would not prevail and he had called Newman to congratulate her.

Lipinski, known as a conservative Democrat, has held his position since 2005. He succeeded his father, Bill Lipinski, who served for 22 years but dropped out of the 2004 race after winning the primary. The Democrats selected Dan Lipinski to take his place in that year’s general election, and he won comfortably.

Dan Lipinski, of Western Springs, said he believes his pro-life stance played a role in his loss. He said taking that position caused him to be “shunned by many of my colleagues,” but he would never waver on “standing up for babies in the womb.”

He and his wife, Judy, are Catholic, but his stance goes beyond religion, he said.

“It is based on science that shows us that life begins at conception,” Lipinski said. “Knowing this, I could never give up on protecting the most vulnerable human being in the world simply to win an election. My faith teaches, and the Democratic party preaches, that we should serve everyone, especially the most vulnerable. To stand in solidarity with the vulnerable is to become vulnerable. There is no higher calling for anyone. But, politicians don’t like to be vulnerable.”

Newman, a progressive, founded an anti-bullying non-profit organization. She is pro-choice, and she and Lipinski also differed on health care, as Newman has called for “Medicare for All.”

She thanked Lipinski in a statement for reaching out and said she hoped they could work together moving forward.

In his final months, Lipinski said he hopes to help create an economic stimulus package to help the country recover from the coronavirus pandemic; however, he said, votes cannot occur unless representatives are in Washington, D.C., in person, and he couldn’t see “how we’re back there in the next five weeks.”

He also said he wants to address transportation issues.

There won’t be a Lipinski in Congress for the first time since the 1980s, but Dan Lipinski said he takes pride in his family’s legacy.

“I’m very proud of the work that I’ve done and my father did before me,” Lipinski said. “It’s always meant so much to me.”

Lipinski won the 19th Ward with about 57 percent of the vote; Newman earned about 38 percent. Lipinski also won in Chicago, 50 percent to Newman’s 44 percent.

Lipinski earned about the same percent of the 19th Ward vote two years ago, when Newman was his only primary challenger.

Lipinski’s endorsements included the Chicago Tribune, while Newman was endorsed by the Chicago Sun-Times and Mayor Lori Lightfoot.

In November’s general election, Newman will face Mike Fricilone, a Will County Board member from Homer Glen who won the Republican primary.

Fricilone was endorsed by the Illinois Republican Party.

O’Shea is a real estate agent from Oak Lawn, and Jones is a former neo-Nazi from Lyons who had been condemned by Illinois Republicans. Jones was the lone Republican candidate in 2018 and lost handily to Lipinski.

O’Shea, who is not related to 19th Ward Ald. Matt O’Shea, won Chicago with 46 percent of the vote, ahead of Fricilone’s 42 percent.

She also won the 19th Ward, with 57 percent of the vote, ahead of Fricilone’s 39 percent.

In the 2018 general election, he received his most support from the ward, where he received 25 percent of the vote.

The Third Congressional District includes parts of Beverly/Morgan Park and Mt. Greenwood, as well as some southwest suburbs.

Rush will face Philanise White, who was the lone candidate in the Republican primary.

The First District includes Morgan Park and parts of Beverly, as well as some suburbs.

Several local state representatives who are incumbents went unchallenged in their primaries.

In the race for Cook County State’s Attorney, incumbent Kim Foxx defeated Bill Conway and two other challengers in the Democratic primary. She earned about 51 percent of the vote, with Conway at 31. Bob Fioretti and Donna More also ran.

Foxx won Chicago with 56 percent of the vote, with Conway second at 27 percent.

Conway earned 52 percent of the vote in the 19th Ward, with Foxx taking 34 percent.

O’Brien earned 73 percent of the vote in Chicago, including 74 in the 19th Ward.

In the Democratic presidential primary, Joe Biden won Illinois with 59 percent of the vote, with Bernie Sanders earning 36.

Biden won Chicago with 53 percent of the vote, compared to Sanders’ 42.

He also won the 19th Ward with 61 percent of the vote. Sanders had 31 percent.

The general election will be held on Nov. 3.