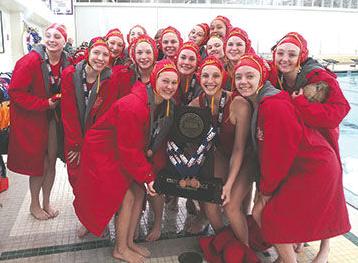 Mother McAuley defeated New Trier to win third place at the state meet. It was the program’s best finish since 2013. (Review photo) 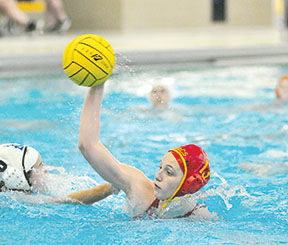 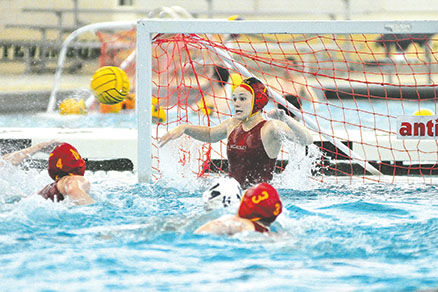 Mother McAuley defeated New Trier to win third place at the state meet. It was the program’s best finish since 2013. (Review photo)

The state title hopes had been dashed for Becky Schofield and her Mother McAuley teammates.

Playing in the semifinals early in the morning, the Mighty Macs lost to two-time defending state champ Stevenson, but Schofield and her teammates weren’t going to end the season with back-to-back losses. They would regroup.

Competing in the third-place match, Mother McAuley took down New Trier 11-6 on May 18 at Stevenson High School in Lincolnshire.

“It’s a really big deal. It was really tough to come back from that loss against Stevenson,” Schofield said. “We bounced back and rallied. We were heartbroken, but we picked up the pieces knowing that we had another game to win.”

Fischer said the team’s strong bond carried it through an emotional day.

“Any win is an accomplishment, especially for the team when we can all work together and get a win, get a medal,” Fischer said. “It was all about our teamwork and having more time together.”

The team’s third-leading scorer this season, Fischer delivered 3 clutch goals late as McAuley never trailed the Trevians. Fischer and Schofield scored back-to-back goals to extend the lead to 8-3 at the 5:26 mark in the third.

When New Trier answered with 2 quick goals, the Mighty Macs came back with authority to seal the win with a 3-0 run that featured goals from Hannah Engquist (Christ the King), Fischer and Schofield.

Anchoring the defense, O’Grady (Most Holy Redeemer) shut down one New Trier attack after another.

The senior played back-up to Mary Kate McKendry the last two seasons, and she made the most of her time at the state finals.

“I was in the water and focused on the game and not sitting helpless on the bench. It for sure meant more to me this year,” O’Grady said. “It’s the team no matter what, on the bench or in the water, but being able to contribute really meant a lot to me.”

“We focused a lot on defense. These are good teams, and defense wins these games,” O’Grady said. “You always have to defend and stop them before you can attack.”

Since water polo became an Illinois High School Association sport in 2002, Mother McAuley has qualified for the state finals 15 times in 18 seasons.

Losing members of a strong senior class that have been fixtures in the starting lineup since their sophomore year, next season the Mighty Macs will build around Schultz, Brigid Barkmeier, Gladys Contreras and reinforcements from the bench and lower levels.

“The ultimate goal is to always win a state championship,” said Coach Vanessa Carroll. “We have a lot to work to do after losing a lot of seniors, but we have a lot of confidence in our younger girls. Our goal is to be back down again, and now the girls know what it’s like at state.”

Contreras and Engquist scored a goal each against New Trier.

Engquist (3 goals) led the Macs in the semifinal matchup. Ryan (assist), Barkmeier (assist), Contreras and Hannah Pigott scored a goal each. Schultz and Schofield had an assist each.