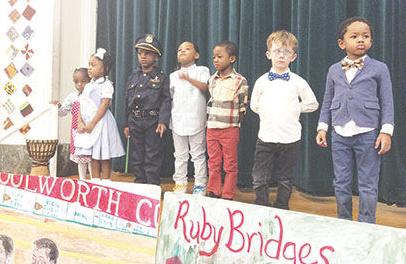 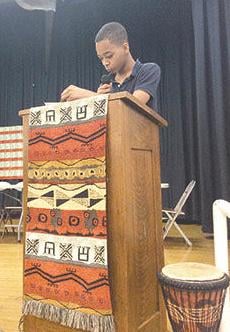 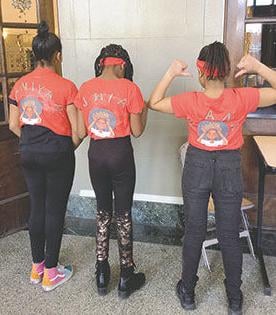 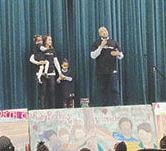 The pre-kindergarten students wore costumes and re-enacted the Woolworth’s sit-ins in honor of the 60th anniversary of those peaceful protests against the store’s segregated lunch counter.

Eighth-grade students narrated dramatic presentations on topics from the Civil Rights Movement, including the efforts of Dr. Martin Luther King Jr. and Rosa Parks and the rationale and history of singing “Lift Every Voice and Sing,” which is also known as the Negro National Anthem or the Black National Anthem.

Upper-school students created T-shirts to wear during their dance performances, and the Lewis Family, of Beverly, gave a special presentation and provided inspiration with their original song, “I Believe,” capturing the program’s theme of Vision/Momentum 2020.

The event also included performances of songs created by the Africans who were captured and brought to the United States to be sold into slavery. These songs came to be known as Negro Spirituals.

Students also performed selections including “Ain’t That Good News,” and they also entertained with contemporary rewritten songs such as “Joyful Joyful We Adore Thee.”