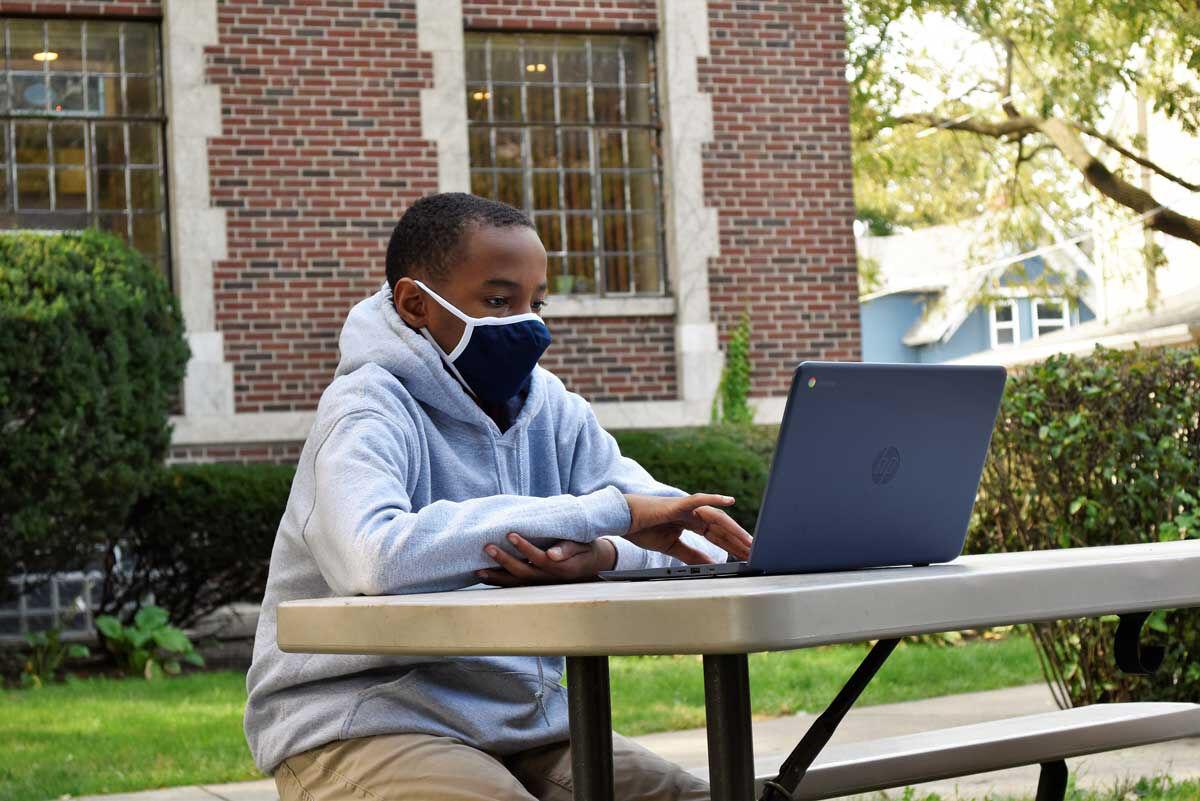 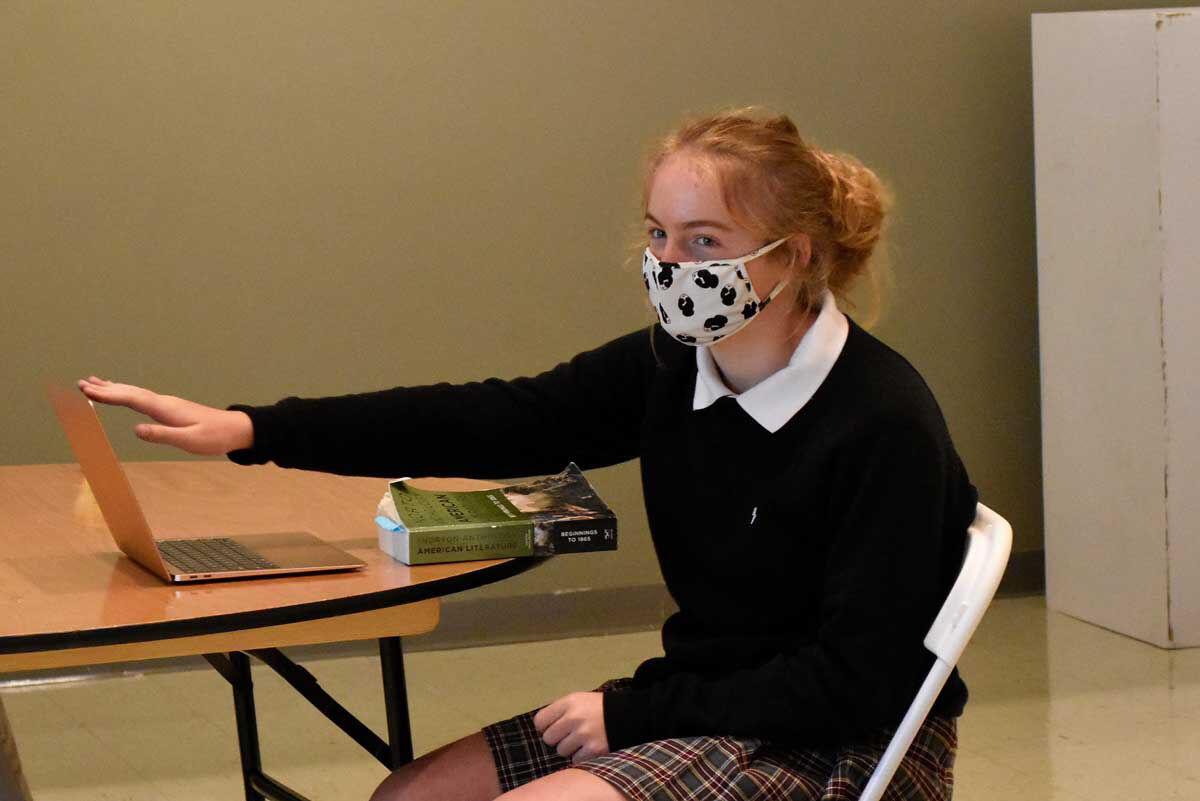 Marie Norkett, of Morgan Park, is ready for socially distanced learning when inside the classroom at Morgan Park Academy.

Marie Norkett, of Morgan Park, is ready for socially distanced learning when inside the classroom at Morgan Park Academy.

MPA sophomores study Native-American culture through stories, poems and speeches before learning about colonial literature of the pre-Revolutionary War period.

“We begin our study with Native-American literature as they are the first Americans,” said teacher Meg Carey. “Particularly, we look at origin stories, and we are creating a graphic representation of the Iroquois people’s origin story. It’s the first stop on the question of identity and the first stop on a journey that examines how the many cultures of America create the voices of our literature.”

In addition to the Iroquois creation story, students read, analyzed and discussed speeches by Native-American leaders including Tecumseh and Metacom (aka King Philip), as well as trickster tales, the folklore endemic to many Native-American cultures.

Carey explained the lessons in her course syllabus.

“Our literature reflects our society. A case can be made that American literature is as polymorphic as the population is multicultural. Americans’ roots are linked to other lands and cultures. These experiences, attitudes and ideas go into the ever-changing definition of a national identity. Who are we? Where do we come from? Where are we going?

“This year, we will read voices from different time periods, life experiences, cultures, races and points of view who are all representative of ‘American literature.’ What’s the thread in this literature that we can trace across the centuries? What are the changes we can see developing over time? Do some ideas or values remain?

“The multiplicity of voices that contribute to American literature also needs to be heard as singular voices. We will take time to study individual contributors and examine how they saw themselves in this stream, how others saw them and how their place in American literature may have changed over time.”

MPA is an independent college-preparatory school serving students from prekindergarten through grade 12, and it is ranked annually among the top private schools in the state and first among all schools in Chicago’s Southland area.

Founded in 1873, the school is driven by a mission to engage the whole child, inspire the independent learner and prepare the global leader of tomorrow to make a positive difference in the world.

Families are invited to learn more at fall admission events including a virtual open house for high school on Saturday, Oct. 17, at 10 a.m.