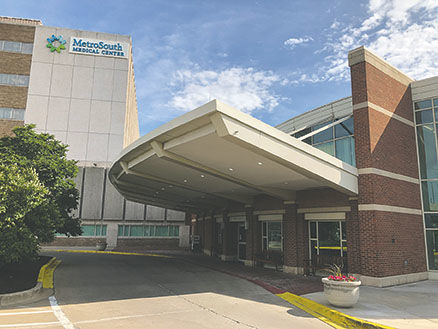 MetroSouth Medical Center in Blue Island is scheduled to close on Sept. 30 after hospital officials said no buyer could be found; however, a physician with MSMC Management, LLC, said his company is interested in purchasing the hospital, but the owners are not cooperating. The Illinois Health Facilities and Services Review Board is set to review MetroSouth’s application to close on Sept. 17. (Review file photo) 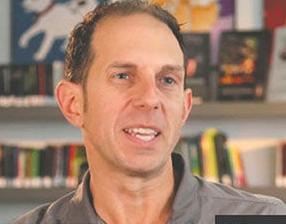 MetroSouth Medical Center in Blue Island is scheduled to close on Sept. 30 after hospital officials said no buyer could be found; however, a physician with MSMC Management, LLC, said his company is interested in purchasing the hospital, but the owners are not cooperating. The Illinois Health Facilities and Services Review Board is set to review MetroSouth’s application to close on Sept. 17. (Review file photo)

A potential buyer has emerged to purchase MetroSouth Medical Center in Blue Island, but a representative from the interested company said that hospital officials have been “problematic” during negotiations and are set on closing the hospital as planned.

MSMC Management, LLC, named for MetroSouth Medical Center, has been trying to buy the hospital before corporate officials announced in June that it would close at the end of this year if a new operator wasn’t found, according to Dr. Seth Guterman, president of MSMC Management.

In a letter, Guterman accused Quorum Health, a Tennessee-based company that owns the hospital, of being dishonest.

“During the due-diligence process of reviewing MSMC financials and pertinent contracts, we identified recurring conflicting statements and misleading agendas from hospital management at both local and corporate levels, communicated to hospital employees, the city of Blue Island and the state of Illinois,” Guterman said. “For current ownership to portray ethical intent, while systematically dismantling the services and infrastructure of what could be a financially thriving hospital, underscores the issues we encountered in our negotiations.

“Additionally, we agreed upon the ultimate purchase price with Quorum Health and secured the financing to acquire the hospital. However, the representations and warranties were not appropriate for this transaction and led Quorum Health to stop negotiations. Ultimately, we believe Quorum Health was not intent on selling us the hospital.”

In a statement, Quorum officials said they had spoken to interested parties but no deal had been reached.

“We can confirm that we have had conversations with numerous third parties about transferring the hospital property and assets. However, any statements insinuating any party had committed to a binding agreement is a complete misrepresentation,” officials said.

“Simply put, we have worked to give the hospital away to a qualified operator for several months. While we cannot disclose the details of any of our conversations due to a confidentiality agreement, we can confirm that we have not been able to agree to terms with any buyer willing to commit to a binding transaction that would continue to operate MetroSouth.

“We had hoped that, in June, after filing our application with the Illinois Health Facilities Review Board, we would receive additional interest from someone willing to commit to take the hospital and its assets on acceptable terms. However, that has not been the case.

“Closing MetroSouth is a difficult decision and certainly not one taken lightly.”

MetroSouth officials said in June that the hospital would discontinue operations at the end of the year due to low usage and financial shortfalls. They said they had sought a new operator for two years but with no luck.

In late August, MetroSouth President and CEO John Walsh said officials were now planning to close by Sept. 30 and had already scaled back certain services.

The HFSRB is scheduled to review MetroSouth’s application to close at a board meeting at Bolingbrook Golf Club on Sept. 17.

Guterman, an emergency room physician, said he has helped manage many financially distressed hospitals in Chicago during his 30-year career in medicine. He said he is “deeply connected” to MetroSouth, as he was part of the team that purchased the hospital in 2008 when it was St. Francis Hospital and faced closure.

That team “turned around” MetroSouth, he said, then sold the hospital in 2012 to Community Health Systems, which was then the parent company of Quorum.

He said that, beginning three years ago and as recently as five months ago, Quorum allowed his company, based out of Delaware, “to perform due diligence on the hospital.”

Now, he said, in order to acquire MetroSouth he has organized health care professionals who have experience in raising capital to purchase and manage large and small hospitals. He also said they have secured financing from a company for the purchase.

He said his company and Quorum engaged in contractual negotiations over the past several months, and Quorum accepted a financial commitment from MSMC Management’s financial partner.

A purchase price was agreed upon, Guterman said, but Quorum “suddenly deviated from completing the transaction” when its officials required a $1-million non-refundable deposit.

He said Quorum’s contention that there have been no credible buyers is “inaccurate” and they are seeking “to remove any impediments to closing” the hospital in order to profit from liquidating its assets.

Guterman wrote letters to Blue Island Mayor Domingo Vargas and state Rep. Bob Rita, who represents Blue Island and is on the MetroSouth board. They have been active in efforts to keep the hospital open.

Rita and others have expressed fears that closing the hospital will result in longer transport times for patients as they seek treatment at distant hospitals and a loss of jobs.

Guterman said he is worried about losing hundreds of jobs and tax revenue, as well as the loss of access to health care for the “most vulnerable,” including the poor and the elderly.

He said MSMC Management can save MetroSouth under the right conditions.

“My company is happy to buy the hospital from Quorum,” Guterman said. “All we are asking is that they be reasonable in their demands.”