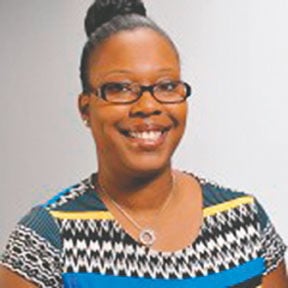 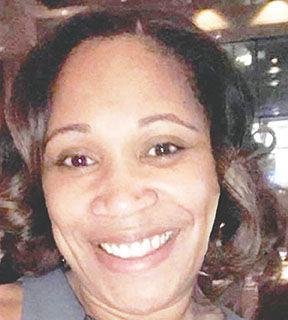 JaMonica Marion graduated from Mt. Greenwood Elementary School and the Chicago High School for Agricultural Sciences (CHSAS), and she then spent 12 years working at CHSAS.

Now, she is returning to the community as principal of Clissold Elementary School.

Marion was offered the position by the Clissold local school council (LSC) at a meeting on Sept. 16, four days after she participated in a candidate forum with the other finalist at the school in Morgan Park.

Marion had been serving as assistant principal at Whistler Elementary School in the West Pullman neighborhood, but she planned to step down immediately and report to Clissold on Sept. 17.

“It feels awesome to come back to the 19th Ward, where I spent most of my time,” Marion said. “I am looking forward to working with all stakeholders to ensure that we’re living out the [school] motto of ‘Climb Higher.’”

Marion, who was the resident principal at Matthew Gallistel Language Academy on the East Side during the 2018-19 school year, received 10 “yes” votes from the LSC, with one abstention.

Marion succeeds Sean McNichols, who had been principal since August 2015 but stepped down in July and became principal at Oak Lawn Hometown Middle School.

According to the LSC, McNichols had been on familial leave since April.

Marion participated in a Sept. 12 forum at the school with Kenya Underwood, a 1989 Clissold graduate and Beverly area resident who was the founding principal at Southeast Area/Sadlowski Elementary School in 2016.

Both were present for the vote, and LSC members praised the final candidates repeatedly during the forum and meeting.

LSC Co-Chair Sarah Gilligan, who voted yes, said she is confident in Marion’s abilities to be a successful principal at Clissold.

“We felt she was the best choice for Clissold at this time,” Gilligan said, also complimenting Underwood. “It was a very, very difficult decision.”

She also said she is excited for the school to have a “fresh start after a rough few months.”

According to the LSC, 21 candidates applied, and seven were offered interviews, with six completing them. The LSC then narrowed the field to three, and Marion and Underwood were invited to the forum.

Marion explained that she has worked with diverse learners and served as an agricultural education teacher and department chair at CHSAS. At Gallistel, she said, she hosted “Coffee With the Principal” each month to improve relationships with the school community.

She said she organized a career day at Gallistel and CHSAS, and she strives to maintain a healthy relationship with faculty.

“I want to collaborate with teachers,” she said.

Asked about how she will recruit and retain faculty at a school that offers Montessori, IB and cluster programs, she vowed to be a strong communicator.

“We’re all in this together.”

Marion also said she has experience in grant writing and building partnerships with corporations such as Kraft Heinz, and she hopes to do that at Clissold.

LSC members organized a survey during the search and accepted votes from the community after the forum; however, they said the decision would ultimately be theirs.

However, Marion earned the job.

“We’ve selected,” Gilligan said, “the person we thought was the best fit.”