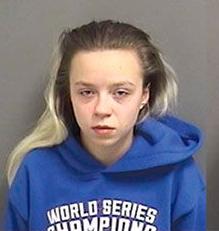 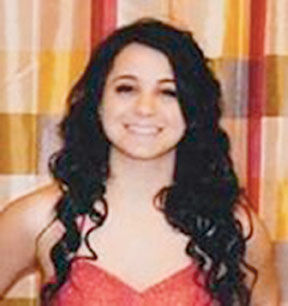 A 19-year-old pleaded guilty on Jan. 10 to a juvenile charge of drug-induced homicide that killed her cousin, a teen from Mt. Greenwood, almost three years ago.

Cynthia Parker, of Alsip, will be sentenced on Feb. 27. She is also facing drug charges from another incident that occurred last year.

Parker and her boyfriend, Brent Tyssen, 23, are accused of selling a gram of MDMA, also known as ecstasy or molly, to Sydney Schergen, 18, who died of an overdose in late May 2015.

Schergen had just graduated from Queen of Peace High School, and, according to her family, was set to attend Moraine Valley Community College and play volleyball there.

Parker was released from custody while the case was ongoing, and Tyssen was free on bond; but both found themselves in trouble again last fall.

According to Orland Park police, in October they were arrested and charged with selling 15-200 parts of LSD and 1-15 grams of ecstasy to an undercover officer in Orland Park.

Parker is facing adult charges for that arrest and is being held on $200,000 bail; Tyssen is being held without bond and still faces charges from Schergen’s death.

He and Parker are set to appear in court for the charges from last year on Jan. 23.

Schergen’s stepmother, Theresa Almanza, is a Chicago police officer and has been active since Schergen’s death in raising drug awareness and pushing for more drug-induced homicide charges in cases like her stepdaughter’s.

She said she was surprised at the plea deal, as it was submitted during a continuance hearing. But, she said she is grateful.

“To me, it opens the door now for other families who have also lost a loved one from a drug-induced homicide,” Almanza said, “and [I hope] that law enforcement will … start investigating these fatal overdoses criminally, holding the people accountable for unlawfully delivering controlled substances.”

On International Drug Awareness Day on Aug. 31, Almanza and her husband, John Schergen—Sydney’s father—set up a display outside their home that included several empty chairs representing people they knew who had died of drug overdoses.

John Schergen, a Chicago firefighter, found his daughter unresponsive in her bedroom.

They acknowledged that Sydney made a mistake in taking drugs, but they also noted that she dealt with difficult circumstances in her life, including the death of her mother, Cheryl Ann, when Sydney was 3; she was also allegedly sexually abused by a family member when she was a child.

Attorney Darryl Goldberg, of Chicago, who is representing Parker on the drug-induced homicide charges, declined to comment.

Attorney Darren O’Brien, of Orland Park, who is representing Tyssen, said his sympathies lie with both sides.

“It’s a terrible tragedy,” O’Brien said, “and it illustrates the results of drug abuse. I feel for everybody involved.”