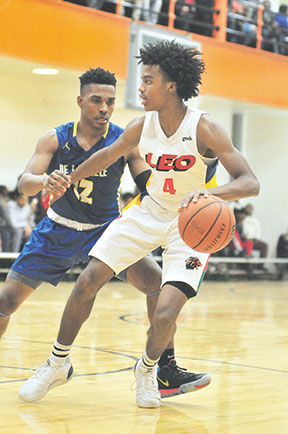 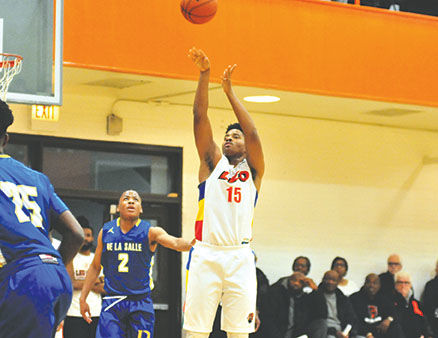 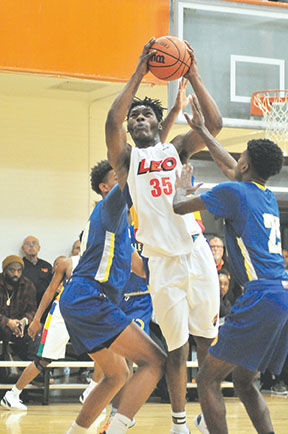 Adarius West had been quiet in the scoring column through three quarters as host Leo took on De La Salle in a Chicago Catholic League crossover.

Then, in a flash, the junior guard didn’t just take over; he dominated.

Scoring 8 points over the final 90 seconds, West lifted Leo to an exciting 59-56 comeback victory on Dec. 10 against De La Salle.

De La Salle had one last chance to send the game to overtime, but West swatted the Meteors’ 3-point attempt from the wing as the final buzzer sounded.

West played a supporting role off the bench last year as a sophomore.

Leo started the game on a lightning-quick 11-0 run and led much of the contest before De La Salle clawed back and went up 56-51 with 1:57 remaining.

West stepped in to save the day.

The 6’2” junior scored quickly on a hard baseline drive and then scored on a fast-break bucket off a Rich’ard Coleman assist.

West put Leo up for good, swishing 4 free throws in the final 40 seconds.

“I’m shooting free throws every day in practice, so it isn’t anything new,” he said. “No nerves at all in that situation.”

West will be a key player for a Lions squad looking to replace over 75 percent of its scoring from last season, including star guard Fred Cleveland (North Carolina A&T).

“[Junior guard Terrance Ford] was ball-dominant the first five games, and he was great for us; so, we want to get Adarius more involved,” Thompson said. “The plan is to play him more on the ball and get him more involved in the offense.”

Although West played the hero role down the stretch, senior Kendale Anderson helped power the Lions through three quarters. The 6’7” senior center is a four-year varsity player and a senior team captain, and he finished with 22 points and 13 rebounds.

“When we were huddled up [down 5], we all said the game wasn’t over,” Anderson said. “There was still time on the clock and still time to win.”

Anderson and Howard (15 points, 10 rebounds), a 6’6” senior center, give the Lions an imposing one-two punch in the paint.

It’s an advantage that Leo intends to rely on all season.

“Tim shoots better than me,” Anderson said with a smile. “He’s more of a high-post player, but he can work the low post as well. He can shoot that midrange jumper, and I can pull my man down in the post. We can switch it up. When Tim gets going, he really gets going.”