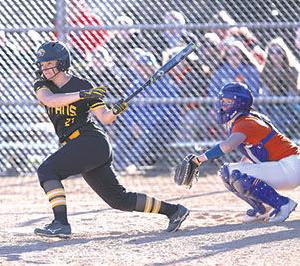 Marist graduate Amanda Mc Ilhany will return to Wisconsin-Oshkosh next fall after the NCAA granted student-athletes an extra year of eligibility in the wake of the Covid-19 pandemic. (photo courtesy of UW-Oshkosh Sports Information) 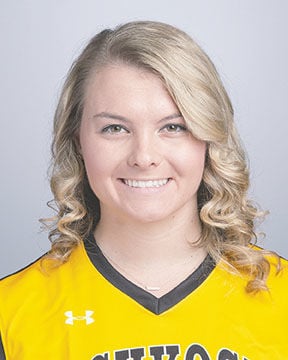 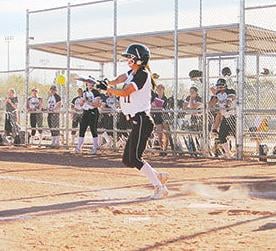 Marist graduate Amanda Mc Ilhany will return to Wisconsin-Oshkosh next fall after the NCAA granted student-athletes an extra year of eligibility in the wake of the Covid-19 pandemic. (photo courtesy of UW-Oshkosh Sports Information)

Amanda Mc Ilhany had her plans all set.

The Marist grad was set to help lead the University of Wisconsin-Oshkosh softball team in her senior season and then focus on student teaching during the next academic year.

And then, like collegiate student-athletes across the country, Mc Ilhany saw her senior season come to an abrupt end as the NCAA canceled all its spring sports in the wake of the COVID-19 pandemic.

“We had such a good feeling as a team about the season,” Mc Ilhany said. “We were battling, and we even came from behind to win in a couple games. It was a great situation as a senior. You want to go out with a bang. We had found that balance as a team.”

However, this wasn’t the end of Mc Ilhany softball career.

The NCAA and the National Association of Intercollegiate Athletics have granted spring sports student-athletes another year of eligibility, an option of which Mc Ilhany intends to take full advantage.

“That’s truly an amazing feeling, to have that opportunity to come back,” Mc Ilhany said. “I’m so thankful that all our seniors can come back. I’m very excited for the program and the coaches. I love the culture we have in the softball program.”

Granted another year of eligibility, Mc Ilhany changed her plans a bit. She was scheduled to student-teach in spring 2021, but she postponed it for a year. She will also continue to work toward her degree in early-childhood education.

“I was coming back to Oshkosh in the fall anyway, so this was perfect,” Mc Ilhany said. “I can push the student-teaching back, take some extra classes, be a college student and play softball in the spring.”

The extra eligibility will provide for some complex situations across all sports as coaches work with larger rosters as some seniors return along with the class of incoming freshmen recruits.

Whatever her extra year offers, Mc Ilhany is ready for the chance.

“It’ll be a bigger roster, so the coaches have told us that no one is guaranteed [playing time],” Mc Ilhany said. “I’m ready to work my butt off and give 110 percent for that spot.”

Mc Ilhany has played in 131 games over four seasons with the Titans, hitting .326 with 116 hits, 75 runs, 60 RBI and 7 home runs while also anchoring the defense with strong play at second base.

Egan has been a mainstay in the Fighting Saints’ outfield the last three-plus years, playing in 147 games and starting 142. She has a .411 batting average with 160 hits, 103 runs and 22 stolen bases.

With the chance to return next year, Egan said she has decided not to return. She is scheduled to attend dental hygienist school starting in July.

“It is tough. You wonder if you’ve made the wrong decision, especially with that extra chance,” Egan said. “You play for so many years. For me though, I’d already had these plans in my head. I’m ready to move on to that next thing, that next step.”

Looking back on a standout softball career, Egan named one especially memorable moment, a comeback victory in Marist’s 2015 championship run.

“For me, the biggest game was our supersectional at Benedictine [over Downers Grove South],” Egan said. “I’ve never felt so part of a team as that game. We were all in sync. We were all going to get the job done. The people and friendships have been huge, and you hope you’re able to help people through softball.”