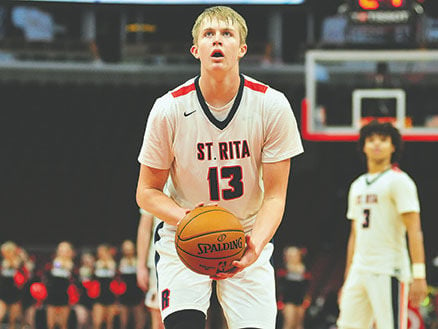 St. Rita senior forward/center Connor Serven has committed to the University of Illinois-Champaign as a preferred walk-on. (Review file photo) 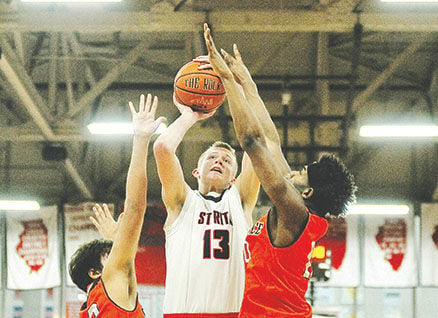 St. Rita senior forward/center Connor Serven has committed to the University of Illinois-Champaign as a preferred walk-on. (Review file photo)

Connor Serven has always been a basketball fan.

The St. Rita senior has played the game since he was a kid, and he’s a fan of the NBA as well; but for Serven, college basketball is the best.

Now, he’s gone beyond just being a diehard fan of college hoops; Serven is ready to join the ranks of collegiate basketball at the Division-I level as a preferred walk-on at the University of Illinois-Champaign.

“I’ve been a big U of I fan my whole life. I just love the school,” Serven said. “I’ve always been more of a college basketball fan. That’s always been my thing. I wanted to get into a college program and buy in to what the coaches want in their program.”

A 6’9”, 215-pound forward/center, Serven transferred to St. Rita for his junior and senior seasons after playing at Bushnell-Prairie City High School during his freshman and sophomore years.

Serven knows that, as a preferred walk-on and not a scholarship player, he has lots of work ahead of him, but he is ready for the challenge. He said he will likely redshirt his freshman year, meaning he will work out with the team but not play in any games.

The redshirt season does not count as a year of eligibility.

“I know I have to go in and get stronger. I have to put some weight on,” Serven said. “You have to be able to compete against these guys who are grown men. I’m coming in as a kid. I’m at the bottom of the food chain, but I’m ready to work.”

In his senior season with the Mustangs, Serven started all 32 games, averaging 8.8 points, 6.9 rebounds, 1.6 assists and a block. St. Rita went 21-11, winning the Chicago Catholic League-White for a second straight season.

Battling a shoulder injury a year ago, Serven missed the 2019 AAU season in late spring and early summer, which limited his exposure on the recruiting circuit.

Serven had an offer from Minnesota State as well as a chance to go to Don Bosco Prep School in Indiana. However, when it came down to it, the opportunity to be on a Division-I team was too much to pass up.

“I did bounce back and forth about the decision, but I love Illinois,” Serven said. “They have a great agricultural program, and I’ve had a lot of family and friends go there and love it.”

“We talked about ‘What do you want?’ Do you want to be a big fish in a small pond? Do you want to earn time some place, be a scholarship player?” Russell said. “He understands what he’s walking into. He knows nothing will be given to him. He wanted to play at a big-time basketball program.”

The Illini finished 21-10 this winter in Coach Brad Underwood’s third season with the program, and the team was poised to make the NCAA Tournament before the competition was canceled due to the COVID-19 pandemic.

Illinois previously made the NCAA Tournament in 2013.

Russell said Serven will fit in with the Illini in the coming years—and then some.

“Connor is very skilled, a stretch four who can put it on the floor and shoot it,” Russell said of the post player who can also play on the perimeter. “He has a high basketball IQ; he’s an underrated passer, and he makes the right play. Connor will do whatever the coaches need.”

Serven is ready to prove himself and carve out a role with the Illini.

“I’ve always liked how these college players, they’re just working so hard,” Serven said. “They’re doing this every single day, working for their spot. I love the game, and they’re giving all they have.”