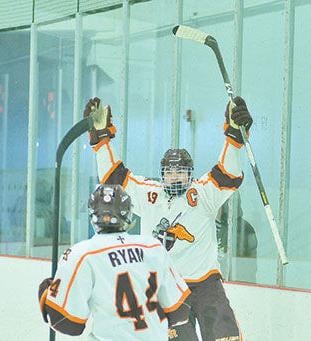 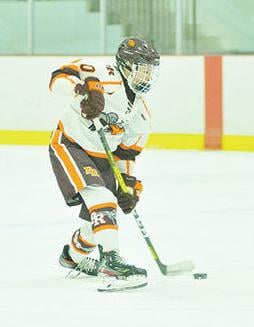 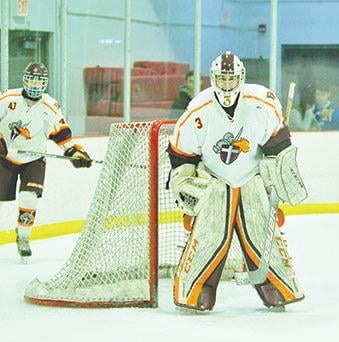 Luke Lawrence knows this season hasn’t gone according to plan for the Br. Rice hockey team.

A young Crusaders roster has been through its share of ups and downs, including a recent wave of suspensions after a postgame brawl against Fenwick.

However, with the end of the Chicago Catholic Hockey League (CCHL) season in sight, Br. Rice is still in the mix to qualify for the Kennedy Cup playoffs.

“Obviously our season didn’t go as we would have liked it to. We’ve had 1-goal games that didn’t go our way, and we’ve made mistakes,” said Lawrence, a junior. “We’ve got these last three games. We’re not going to give up on it. We’ll come out with the same mentality.”

The Crusaders have league games remaining on Jan. 23 at Carmel Catholic, Jan. 25 at Notre Dame and Jan. 26 at home against Fenwick.

Marmion, Mt. Carmel, Br. Rice, Marist and Fenwick are battling for the sixth to eighth-place seeds in the Kennedy Cup playoffs.

Br. Rice only has two seniors on its roster, but its potential is growing.

“With so many young players, it’s an unbelievable set-up for the next couple of years,” said Br. Rice Coach Paul Manning. “This year, I’m hoping we can sneak [into the playoffs] like years past and see what happens.”

Playing the Caravan, the Crusaders called up a handful of players from the junior-varsity squad in the wake of the suspensions from the Fenwick game on Jan. 7, when after a 1-1 tie game, a brawl ensued on the ice, resulting in suspensions of various lengths for five Br. Rice players.

“We called our second line ‘The Diaper Line.’ Matt, Sean and Charlie, they’re all freshmen,” Manning said. “The youngsters came up big.”

Lawrence broke a 1-all tie early in the second on a breakaway, taking a pass ahead of the defense from Patrick Malone. Lawrence ripped the shot from the left circle past Mt. Carmel freshman goalie Matt DiFilippo with 13:23 remaining in the game.

“I saw some open ice and skated up the left wing,” Lawrence said. “I shot to the right, and luckily, his glove was down. It snuck in over his shoulder.”

Sean Curtin extended the lead with a man-down goal with 11:51 remaining.

Against an aggressive Caravan attack in the first period, Vogrich stopped one shot after another after Brian Jeffers’ early goal put Br. Rice up 1-0 at the 14-minute mark.

“I don’t want to let any early goals in so we can grab the momentum and keep going from there,” Vogrich said. “Our young guys played really well and know how to handle the pressure. They make it really easy for me. They do their jobs, and they’re in position to help the team.”

Vogrich said a strong warm-up before the game led to his hot start.

“We had a good warm-up, and I was locked in from the beginning,” Vogrich said. “A lot of shots early helped me get in the game. I kind of stayed there and stayed locked in all game.”