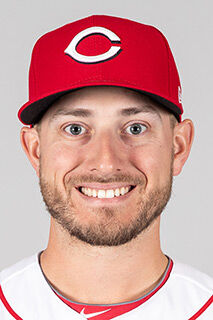 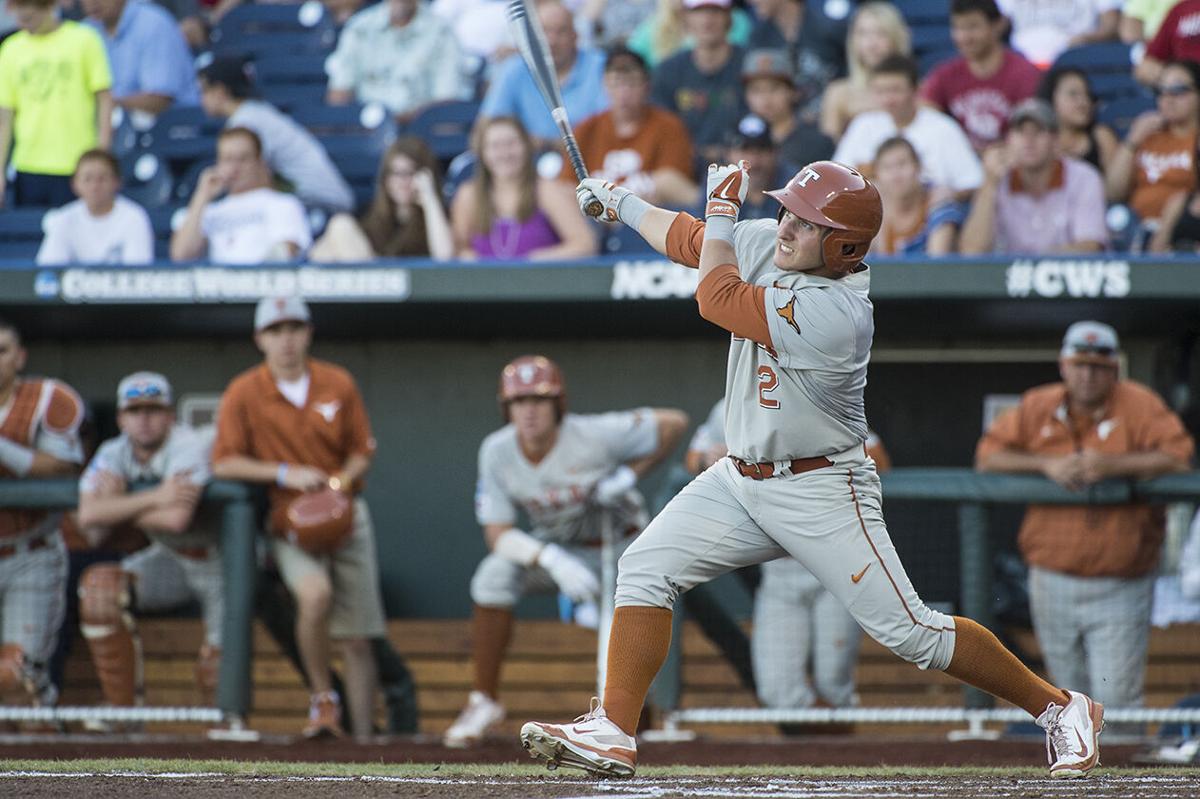 Mark Payton blasts a hit during his days with the Texas Longhorns. Payton was drafted out of Texas by the New York Yankees in the 2014 MLB Draft. (photo courtesy of Texas Athletics) 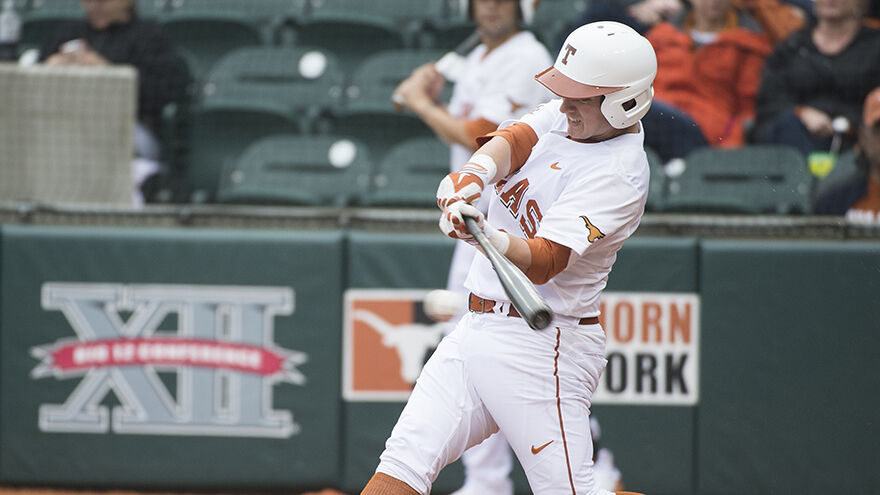 Mark Payton, a St. Rita alum, hit .318 over 234 games in college with Texas. He reached base in 101 consecutive games, finishing his college career with 276 hits and a .425 on-base percentage. (photo courtesy of Texas Athletics)

Mark Payton blasts a hit during his days with the Texas Longhorns. Payton was drafted out of Texas by the New York Yankees in the 2014 MLB Draft. (photo courtesy of Texas Athletics)

Mark Payton, a St. Rita alum, hit .318 over 234 games in college with Texas. He reached base in 101 consecutive games, finishing his college career with 276 hits and a .425 on-base percentage. (photo courtesy of Texas Athletics)

Mark Payton stood at second base in Milwaukee’s Miller Park and just looked around and took it all in.

Payton, a St. Rita graduate, had just registered his first Major League Baseball hit, a rocket double off the center-field wall, for the Cincinnati Reds.

As his teammates wildly cheered, they signaled to Brewers players to retrieve the ball representing Payton’s huge achievement.

However, earning that memento took one heck of journey.

Payton’s moment on second base soaking it all in was well deserved after six seasons of toil in the ranks of the minor leagues.

“I’d be lying if I said I knew I’d get here,” Payton said. “Every day you go out and put the work in to be a Major League Baseball player. You think of the seven-hour bus rides after a game you went 0-for-4 with 3 strikeouts. You never know. I made it, though. I did it. Now, it’s time to prove I belong.”

Payton enjoyed a crazy stretch of days that included his Reds’ debut on Aug. 22, his first start on Aug. 23 in left field, and then his first hit.

The 28-year-old Payton is a 2010 St. Rita alumnus and an Orland Park native. A left-handed hitter, he can play any outfield position.

Finally, after realizing his lifelong dream, Payton couldn’t help but smile that night—even if his achievement was in front of no fans in an empty Miller Park.

“It’s been such a weird year,” Payton said. “The Reds have given me a great opportunity. It feels like a weight lifted off my shoulders. You always dream of this since you were a little kid. To see my teammates signaling for the ball, clapping for me, that was a really cool moment.”

His first-hit baseball, authenticated by MLB officials, is now in his backpack.

After a standout career at the University of Texas, Payton was drafted by the New York Yankees in the seventh round of the 2014 MLB Draft.

Ever since, he kept chipping away, always working to be promoted to the next level of the Yankees system and then with the Oakland Athletics and Cincinnati Reds.

Playing last year for the Oakland’s Triple-A affiliate, he exploded with 30 home runs, 97 RBI, 80 runs and a .334 batting average.

He was picked up by the Reds in the offseason via the Rule-5 draft and went to spring training with Cincinnati.

Then, baseball struck out against the pandemic.

“We were probably nine, 10 days from the end of spring training,” Payton said. “You learn your fate, where you’re heading. I had nothing but time to think. With all the good outfielders and position players we have, I knew I was facing long odds.”

The health crisis was just the start.

Named to the Reds’ summer camp roster, Payton didn’t make the final roster and was sent back to Oakland.

Then, a few weeks later after working with the A’s taxi-squad roster in San Jose, he was traded back to the Reds.

A few weeks later, Payton was in The Bigs.

“It’s been a wild ride. Nothing is going to take the smile off my face now,” he said. “I’m very, very happy and grateful the Reds saw value in me and gave me this opportunity.”

The Reds owned a 14-17 record through Aug. 28 as they chase a playoff spot in the reformatted MLB playoffs following a 60-game regular season.

The team was 2 games back of a wild-card spot.

Right in the thick of things with the Reds, Payton wants to close strong.

“We need to get things turned in the right direction. We’re close,” he said. “We’ve had some bad luck, but this team is explosive. The starters and bullpen can shut people down. We’ll take it day-by-day and see what happens.”