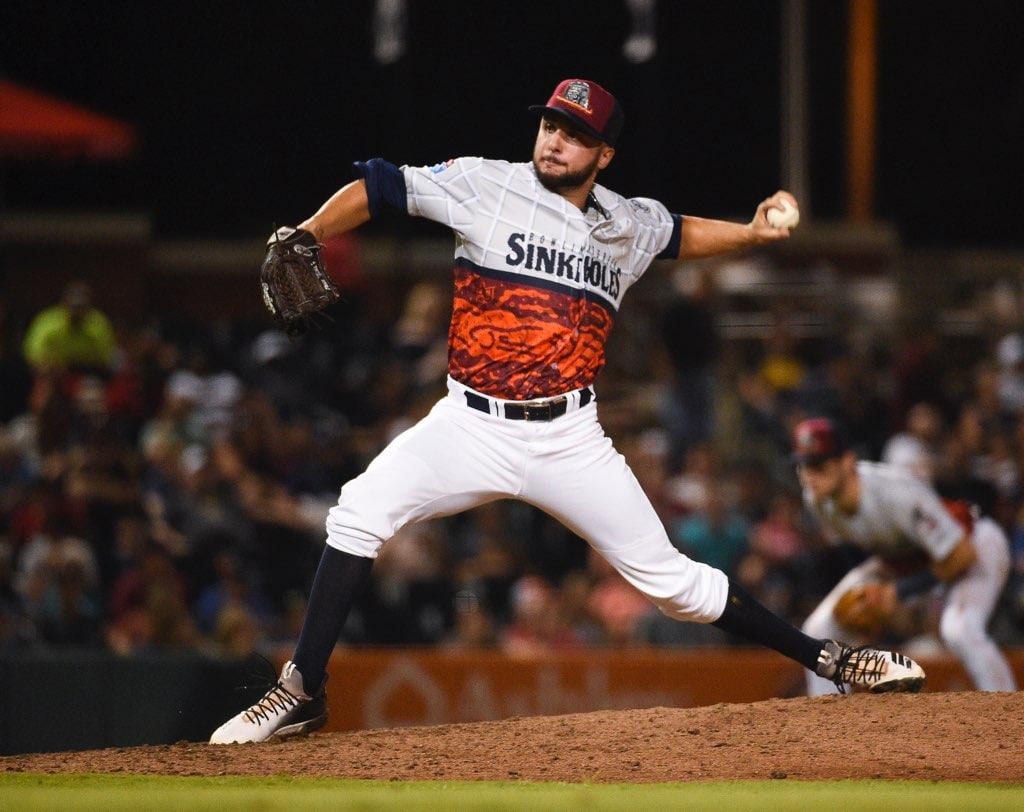 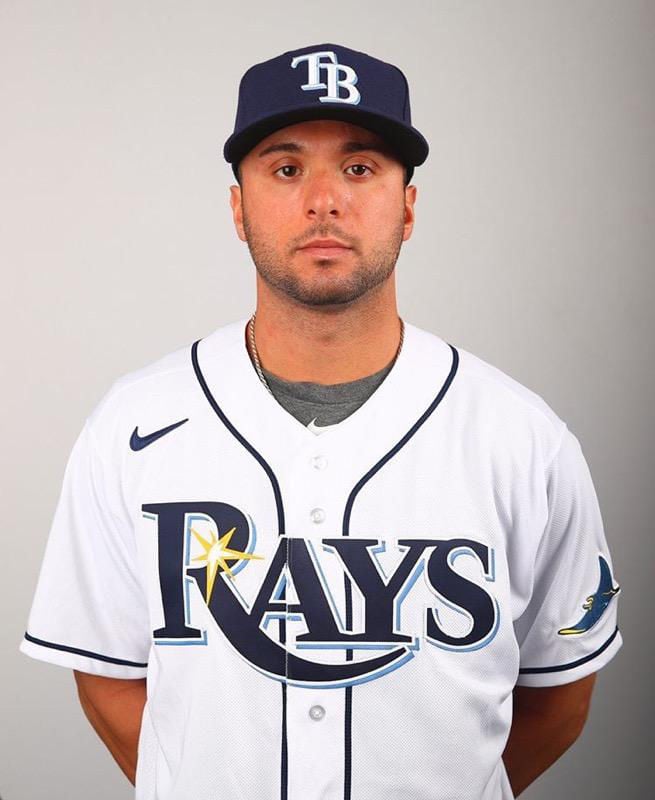 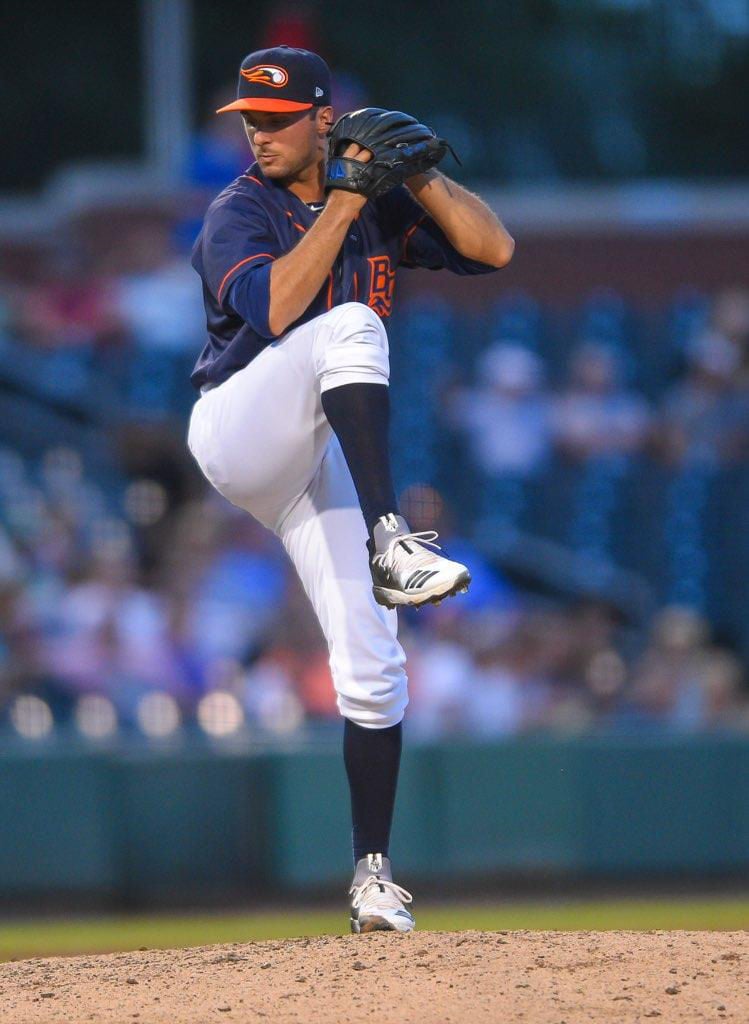 After spending time in extended spring training, Mike Costanzo saw an increase in his throwing velocity last summer. Costanzo went 1-3 in 16 games with a 3.73 ERA and 29 strikeouts in 31.1 innings. (photo courtesy of Steven Roberts)

After spending time in extended spring training, Mike Costanzo saw an increase in his throwing velocity last summer. Costanzo went 1-3 in 16 games with a 3.73 ERA and 29 strikeouts in 31.1 innings. (photo courtesy of Steven Roberts)

With a full season and a half of professional baseball under his belt, Mike Costanzo was ready to see where his second season would take him.

Playing with the Tampa Bay Rays organization, Costanzo had pitched well in his live batting practice session in spring training.

And then with a snap, his season potentially ended as sports shut down across the country due to the COVID-19 pandemic.

Major League Baseball has announced no timetable for its return, and affiliated and unaffiliated minor league teams’ schedules are also up in the air.

“There is no timeline. It definitely sucks,” Costanzo said. “There’s nothing you can do. You get in [weight lifting]. You throw some, but it’s tough.”

Costanzo, a Mt. Greenwood native and 2014 St. Rita High School graduate, was drafted in the 2018 draft by the Rays out of Austin Peay University.

Last summer in his first full pro season, the 6’1” southpaw made a quick stop with the Hudson Valley Renegades before getting called up to the Bowling Green Hot Rods, Tampa’s Class A-affiliate.

Switching from a starting to relief role, Costanzo made quick work of the transition, going 1-3 in 16 games with a 3.73 ERA and 29 strikeouts in 31.1 innings.

For Costanzo, it was a tough start to the year, staying in Florida for extended spring training after many of the players in camp reported to the big-league club or a minor-league team.

“I went in and was ready to do everything they asked, everything [the Rays] wanted me to do,” Costanzo said. “I saw my velocity go up, and I was able to develop a true change-up. If you’re in extended spring training, the team wants you to work on something. I went after everything they recommended.”

As for the increase in velocity, it was big.

Costanzo said he was throwing high-80s at St. Rita and low 90s in his collegiate career at Austin Peay. Pitching during extended spring training and then with Hudson Valley and Bowling Green, the speed gun was popping.

“I started to see the gun flashing a lot more consistently. I was hitting 95,” Costanzo said. “I felt better out there. One game I struck out the first 5 batters I faced. I was pumped. My pitching coach said ‘So? It’s 95, big deal.’ For me, that’s as high a number as I’ve ever thrown.”

Professional baseball continues to see pitchers throwing with increasing velocity to the point that throwing in the high 90s and 100-plus is now more of a norm than a novelty.

Costanzo said he continues to perfect his attack as a pitcher, not a thrower.

The adjustment from starter to relief pitcher also boosted Costanzo’s confidence in knowing he could bring that added velocity with each pitch.

“Moving to a late-inning relief guy ended up being awesome,” Costanzo said. “You’re going an inning or two, and you can empty the tank. I had to adapt [in relief], where you warm up and go in, sometimes you don’t. You learn how to take it.”

With the baseball season in doubt, Costanzo remains in a holding pattern. He lives in Tennessee with his fiance, AnnaMichelle, and is waiting for word on the upcoming season and to which team he will report.

Like many sports fans, he uses social media for daily updates.

In the meantime, he continues to work out, using a throwing program to keep up his arm strength. In his downtime, he’s catching up with the 22 Marvel Cinematic Universe movies (he favors the Captain America movies), all the while hoping to play baseball soon.

“Is this a job technically? Yes, absolutely. I’m getting paid to play baseball,” Costanzo said. “It’s a job, but it’s different when the lights go on. That feeling of it being a job goes away. You’re just playing baseball. There’s nothing like it.”