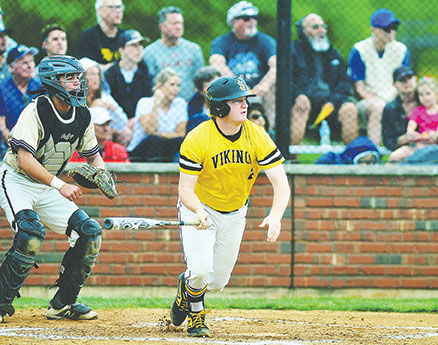 St. Laurence senior Matt McCormick was named the Chicago Catholic League’s Lawless Award winner, an honor given to the outstanding senior in the league. McCormick is now in his freshman year at West Virginia University. (Review file photo) 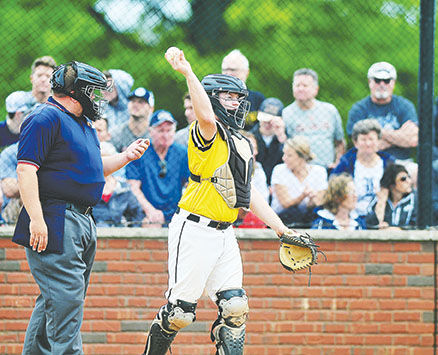 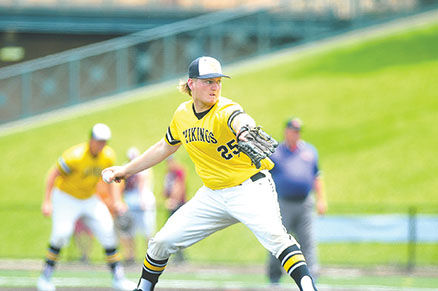 St. Laurence senior Matt McCormick was named the Chicago Catholic League’s Lawless Award winner, an honor given to the outstanding senior in the league. McCormick is now in his freshman year at West Virginia University. (Review file photo)

Matt McCormick’s name is all over the St. Laurence baseball record book for both career and single-season marks.

However, McCormick has never been a stats guy. He knows when he’s feeling good at the plate, and that’s good enough for him.

But there is one rather odd record that McCormick is especially proud of: McCormick was hit by a pitch 57 times in his four-year varsity career.

“I don’t care about my stats. People would tell me what I was hitting, and I had no idea. I want to win games and have fun,” McCormick said. “I never knew most of my stats. The hit-by-pitch record, that was funny. I didn’t realize I’d been hit that much.”

After a standout varsity career, McCormick was named the Chicago Catholic League Lawless Award winner, an honor given to the outstanding senior in the league. Kyle Wood, now a coach at St. Laurence, was the last Vikings baseball player to win the Lawless (2011).

McCormick hit .414 with 9 home runs, 49 RBI and 34 runs as a senior. St. Laurence finished as the Class 3A runner-up, its second state trophy in three seasons.

For the 6’0”, 195-pound McCormick, now at West Virginia University, the Lawless Award was a great end to his high school career.

“[Coach Pete Lotus] told me that all the coaches had voted for me. That meant a lot coming from them,” McCormick said. “It’s for St. Laurence, though. I got it because of my teammates and my coaches working with me. It’s all them, not just me.”

Lotus left no doubt in describing McCormick’s impact on the program.

“Matt’s the best, without a doubt. He changes games the way people pitch to him,” Lotus said. “Normally teams pitch around him or throw fastballs to other guys, so they don’t have to throw them to Matt. It changes game plans. I don’t think we’ve ever had a hitter like that.”

As for the abundance of hit by pitches, the lefty-hitting McCormick took the bruises, aches and pains as a badge of honor.

He typically played catcher but also saw time at third and in the outfield.

“Being a catcher, it’s tough, but you embrace it,” McCormick said. “My mom always told me ‘Don’t be a baby.’ I tried to shrug it off.”

Still, a couple hit by pitches stand out.

“The most painful was sophomore year. A slider hit the inside of my left knee. My knee was straight black for a week,” McCormick said. “The worst looking, my whole right tricep was colorful. I was hitting for a scout, and he thought I had a tattoo.”

In June, McCormick was drafted in the 40th round of the MLB Draft by the Cincinnati Reds. He chose to attend West Virginia rather than sign with the Reds.

Many draft projections had McCormick going in the first 10 rounds.

“I went in with an open mind and wanted to see what happened,” McCormick said. “We were looking for which team picked me, how much interest they had and where I could play the best I could. It ended up being a good thing because it’s great to be here at West Virginia.”

McCormick headed to Morgantown, W.Va., this summer for a month on campus, working out with his fellow freshmen and taking two online classes. He’ll return to campus in late August.

Wherever he plays on the field, at catcher or in the field, he’s ready to pick up where he left off, tearing the cover off the ball.

“I’m going to work hard, hopefully play and get some at-bats,” McCormick said. “I obviously want to play [this year], but if I don’t, I’ll keep working. I’ll play wherever they want me as long as it helps us win games as a team.”