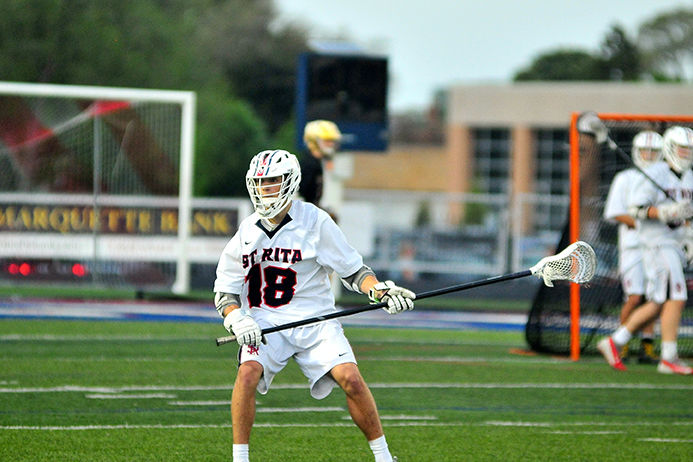 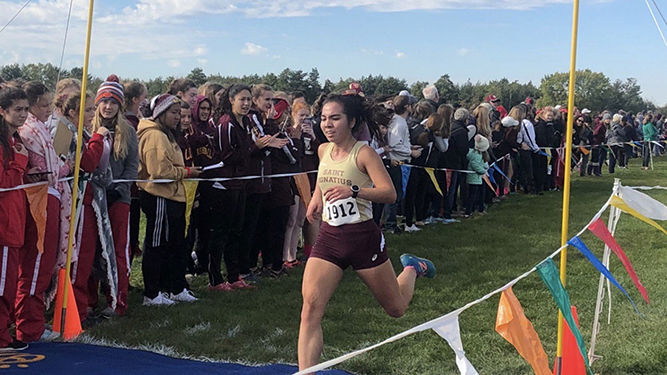 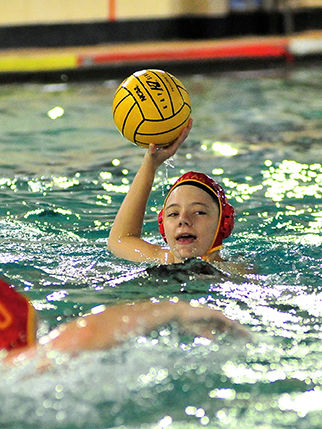 Nick Adent wanted to savor his last season of lacrosse as St. Rita chased its aspirations of a state championship.

Rhiannon O’Keefe wanted to enjoy her senior track and field season at St. Ignatius, hopefully qualifying for state for a fourth time.

Morgan Riordan had put her time in as a supporting player on the Mother McAuley water polo team and was ready to embrace a starring role.

Well, that was the plan for the three seniors who are among the thousands of high school seniors across Illinois who didn’t get a chance to close out their high school athletic careers with one last attempt to achieve their individual and team goals.

The Illinois High School Association (IHSA) announced on April 21 its decision to cancel all spring state tournaments due to COVID-19.

“It’s the right thing to do. Being a senior, it stinks, though,” Adent said. “You work so hard for your senior year. So, no matter the circumstances, it’s hard to experience this. All the preparations, all the lifting for that season, it’s difficult to deal with.”

For Adent and the Mustangs, the 2020 season was expected to be big.

With a strong, deep returning core, St. Rita had its eyes on making it to the supersectional and beyond. A year ago, a banged-up Mustangs squad lost a heartbreaker to Lyons Township in the sectional championship.

“That loss was burned in our minds,” Adent said. “The team we’ve built and with our returning players, we were ready to come out there and make a run to state. We had a ton of talent and such a great team chemistry with this group.”

He will continue his academic-athletic career playing football at the University of Chicago (U of C). In making his college decision, Adent also had an offer to play lacrosse at the Massachusetts Institute of Technology.

Weighing his choices was no easy task.

“I love lacrosse. It’s my favorite sport,” Adent said. “But, the education you get at the University of Chicago, it’s close to home, and I got the police and fire scholarship; it was too much to pass up.”

Adent will pursue an economics degree at U of C.

Looking forward to the potential of a shortened senior season, Adent stayed busy through the quarantine. As he turned his attention to college football, he wanted one last season playing lacrosse.

“You try and stay positive, stay hopeful,” Adent said. “[The decision], it’s something you have to deal with. There’s nothing you can do. It’s out of your control.”

A standout distance runner on the St. Ignatius track and field team, O’Keefe (Beverly, St. Barnabas) had piled up accolades during a standout career.

During the upside-down world of the quarantine, she continued to run on her own in Beverly.

“Going out and running, it was more of an escape than anything,” O’Keefe said. “It really added some structure to my day. It was really important to go out for a run. It was lonely out there, not running with teammates. It felt different, but that was the only time I was going outside each day.”

With the April 21 decision, the IHSA also suspended summer contact days for all team sports.

Should officials decide it’s safe, the suspension could be lifted in mid-to-late June, leaving a chance for schools and teams to host games, meets and quick tournaments.

The final decision is at least a month away, but O’Keefe would love the chance for one last run with the Wolfpack.

“There are a lot of opportunities. Ignatius already hosts the Magis Miles,” O’Keefe said. “You go at it one day at a time, but an event could still happen.”

O’Keefe will attend Stanford University in the fall.

With the girls and boys water polo season starting on March 9, a week before all other spring sports, many teams actually got several matches in before the season was put on hold

later in the week.

Mother McAuley played two matches, losing at Lincoln-Way East on March 9 and defeating Lockport on March 12, before the spring season was derailed due to the COVID-19 pandemic.

Riordan said the start to her senior year was beyond surreal.

“We were going to practice the next day, and everybody had an e-mail from McAuley,” said Riordan, a Mt. Greenwood resident and Cassell Elementary graduate. “We saw the school would originally be shut down for a couple weeks. We figured that would be the last game we’d play for a while. I went home and just bawled. You can’t help but ask why.”

On last year’s state third-place team, Riordan played a supporting role off the bench. Wrapping up her high school career, she was more than ready to embrace a starring role for a young Mighty Macs squad.

“We lost that first game, and we were just all over the place. But, by that second game, we were more put together,” Riordan said. “We were confident, and we were shooting well. You work for three years for that chance as a senior and win it all. It’s tough. It didn’t happen.”

Riordan, a Salem University (West Virginia) recruit, is not looking too far ahead. She’s holding out hope for one last game with her Mighty Mac teammates.

“I’d be so excited to play,” Riordan said. “To be able to play one more game, to wear the uniform one more time, that would mean so much. That would be so meaningful for us.”