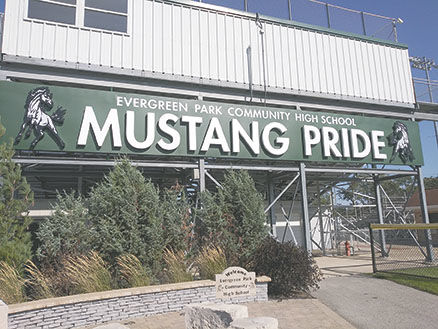 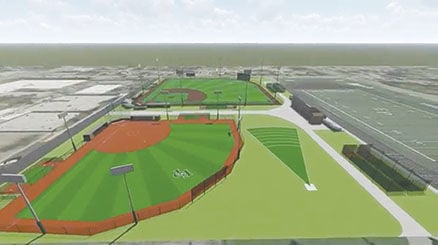 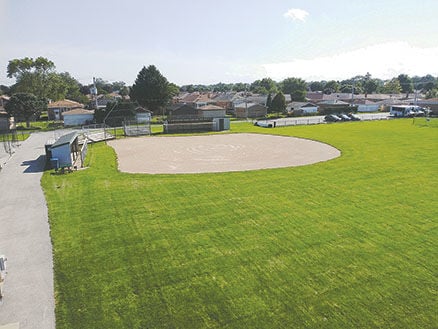 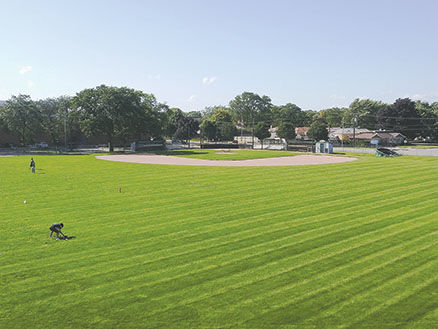 Evergreen Park (EP) Coach Mark Smyth remembers too many “home games” that were nothing of the sort.

Competing in the Suburban Prairie Conference in the early 2000s, the Mustangs traveled to Sycamore for a game and played as the home team because their own baseball field was deemed unplayable.

In years of dealing with frigid temperatures and frozen fields, Smyth estimated that EP lost a handful of games each year as a result.

That’s about to change.

“We’re going to have one of the nicest fields in the state,” Smyth said. “I can’t even completely wrap my head around it. We’re going to be able to roll out there on March 1 and play. It’s absolutely incredible. It’s almost indescribable.”

Along with the turf fields, construction will include stadium seating for both fields, in-ground dugouts, bullpens, batting cages, a press box and a concession stand. Lights will also be installed for baseball and softball.

Construction is scheduled to begin in 2020 when the baseball and softball seasons are completed, according to EP Athletic Director Jim Soldan.

The football stadium has featured a turf field since 2013.

“The biggest thing is that the campus is land-locked. We can’t go elsewhere,” Soldan said. “But with football, band and soccer, we were just destroying the ground. The grass just never got a breather. Now, with the baseball and softball fields, we’ll have all this acreage and just a lot of space.”

The field alignments will remain facing east, but the baseball and softball fields will shift. Home plate for both stadiums now will be more in the center of the facility and closer to the path that separates the fields.

Smyth has been the head varsity baseball coach since 2000. The Mustangs are coming off a solid 20-9 campaign, losing in a Class 3A regional semifinal last spring, and he can’t wait to take the field with the new amenities.

“Time-wise, we’ll be able to get more work in every day,” Smyth said. “We can take the field and go. We can do drills and baseball work right away. It’s super exciting and big motivation for our kids.”

With the installation of lights, Soldan and Smyth both expressed interest in EP becoming a site for Illinois High School Association state regional and sectional playoffs for baseball and softball.

The school also played host in July to the 13U Babe Ruth state championship.

“The turf fields, it’s awesome for the students and the community,” Smyth said. “The fields are going to be on par with anything around. We preach ‘Attitude and Gratitude.’ The opportunity to play on these fields, we’ll be working hard to take advantage.”

Soldan said the plan is for the new fields to also be used by youth and adult leagues in Evergreen Park throughout the year, weather permitting.

“I don’t know if there is another high school in our area that will offer separate turf fields for football, baseball and softball,” Soldan said. “We’re hoping this opens things up for more leagues out here. This is huge for the Mustangs and for kids to see what we have going on in the building.”