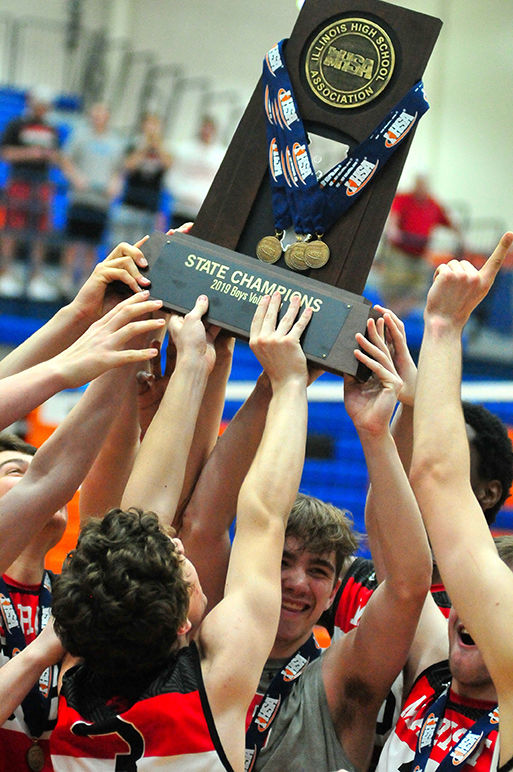 The Marist boys volleyball team won the 2019 state championship, but with the spring sports season canceled, team members will not get a chance to defend their title. The Illinois High School Association canceled all spring state tournaments on April 21 due to the COVID-19 pandemic. (Review file photo) 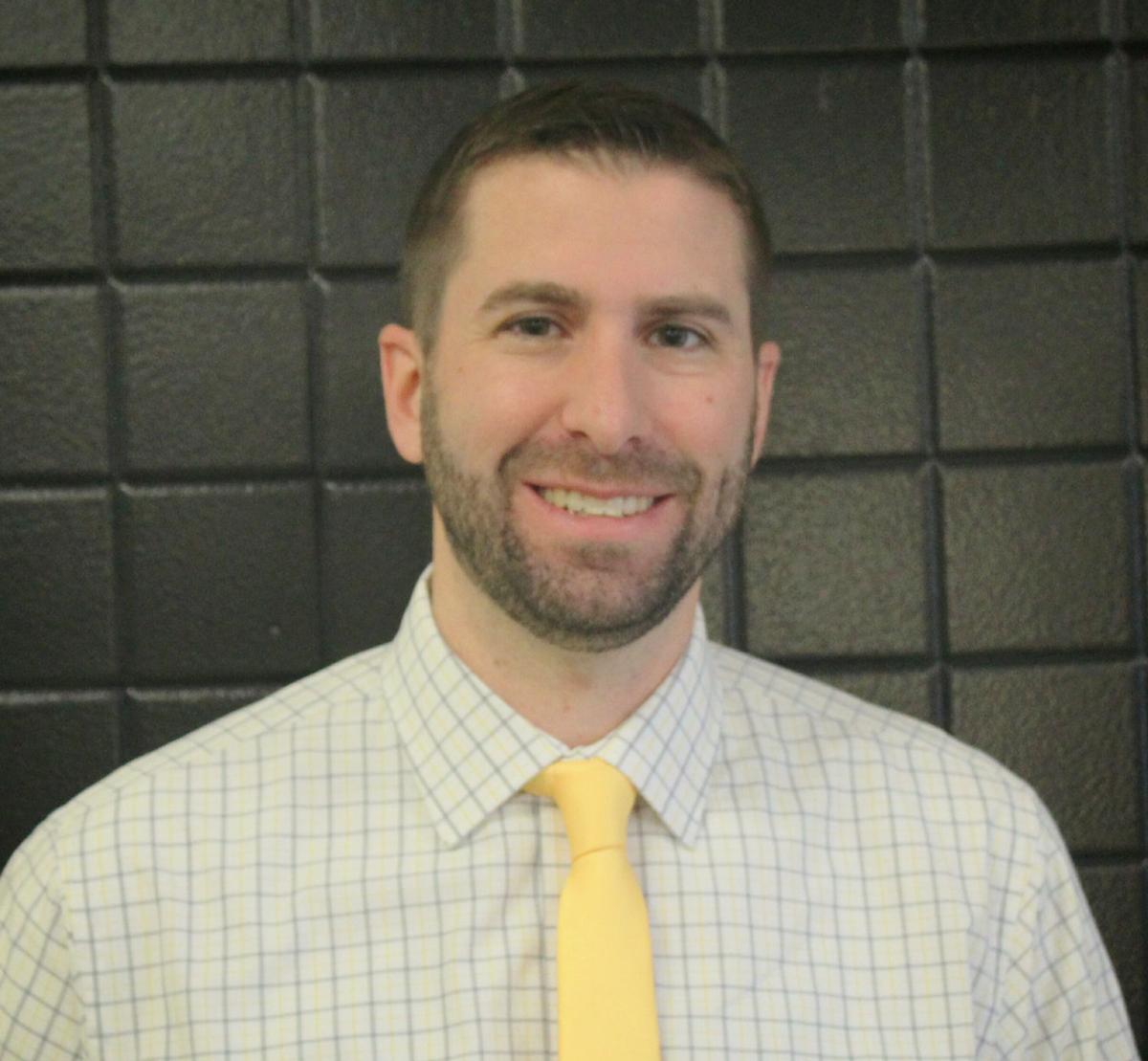 The Marist boys volleyball team won the 2019 state championship, but with the spring sports season canceled, team members will not get a chance to defend their title. The Illinois High School Association canceled all spring state tournaments on April 21 due to the COVID-19 pandemic. (Review file photo)

Since mid-March, St. Laurence Athletic Director Tim Chandler had been waiting for the final word on spring state tournaments in the wake of the COVID-19 pandemic.

He was far from alone as athletic directors, student-athletes, coaches and sports fans across the state wondered if teams would return for a shortened season in May and June. The potential seemed to shrink each day, but Chandler said, some hope remained.

Unfortunately, it was not to be.

On April 21, the Illinois High School Association (IHSA) announced the cancellation of all spring state tournaments and suspended contact days for all sports temporarily.

“The decision felt like a punch to the gut,” Chandler said. “The news hit pretty hard. I’m disappointed for our kids and coaches who had put so much time and work in to chase a state title. The decision, though, is all about keeping everyone healthy. The safety and well-being goes first.”

The decision to cancel the spring sports seasons came after Gov. J.B. Pritzker announced on April 17 that all Illinois high schools will remain closed through the end of the academic year.

Students will complete the year at home through e-learning.

“We had all hoped for a return to on-campus learning and athletic actively, but as we kept abreast of local and national news and received the governor’s shelter-in-place orders, it became apparent that the cancellation of the spring sports season was likely,” Simpson said. “Nevertheless, the announcement was disappointing, and our heart goes out to our senior student-athletes who worked so hard to prepare for their seasons.”

The IHSA announced on March 12 that it had canceled the remaining winter sports playoffs due to growing concern over the virus.

In the six weeks since, the spring sports season was on hold as high school athletes and coaches across Illinois waited for a final decision, according to IHSA Executive Director Craig Anderson.

“We support the decision by Gov. Pritzker and the Illinois State Board of Education. We simply felt we could not conduct state tournaments that meet the expectations of our member schools,” Anderson said in a news release. “As disappointing as it may be for the students, it is the right decision for their health and safety as we cope with this unprecedented pandemic.”

The IHSA also said that summer contact days are suspended for this year unless officials indicate such gatherings are safe.

However, the IHSA also indicated the potential for games to be played in mid-to-late June, should it be deemed appropriate. Teams could play Senior Day games, square off in rivalry showdowns, quick round-robin tournaments and league and conference meets.

The possibilities are endless—if it’s safe to do so.

“The IHSA left the door open a little bit for that chance,” Chandler said. “You hope we can give the kids the opportunity to compete as a team together again. It will hinge on the quarantine being lifted, but there’s a very realistic chance games could be played.”

Chandler said the IHSA would consider the window of opportunity to hold sports events. A previous IHSA ruling said the timeframe to compete would run through June.

Chandler wondered if games could be played in early July.

“We’re very hopeful,” Chandler said. “The health restrictions would have to be eased, and we have to do it all in a safe manner and do our part not to cause any more spread of the virus. We’re holding out hope.”

Simpson said plans are being made, including honoring the senior student-athletes who lost the chance to compete in their senior seasons.

Once again, it’s a waiting game.

“My staff and the East Suburban Catholic Conference [ESCC] athletic directors continue to communicate regarding contingencies for a return to sports,” Simpson said. “We’re planning ways to honor our seniors, our college commits and all our ESCC award winners.”

Simpson said that, like many schools, Marist is looking into visual alternatives for on-campus summer camps for prospective student-athletes.

“If there’s an opportunity to schedule high school athletic contests or take advantage of summer contact opportunities, Marist will be prepared to do so,” Simpson said. “Scheduling for the 2020-21 athletic season continues.”