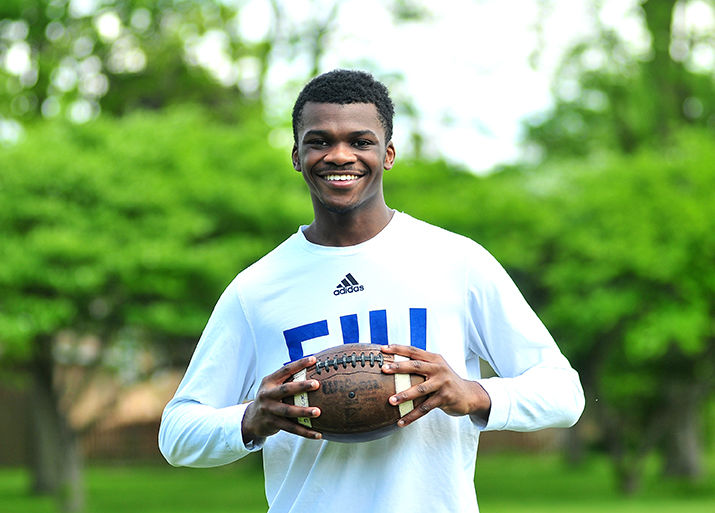 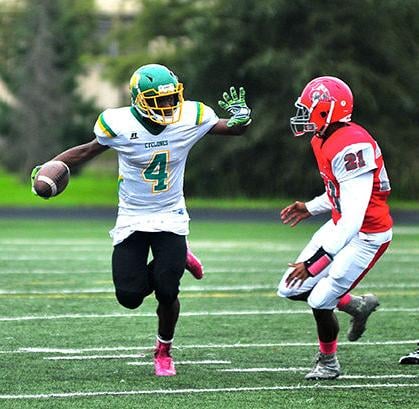 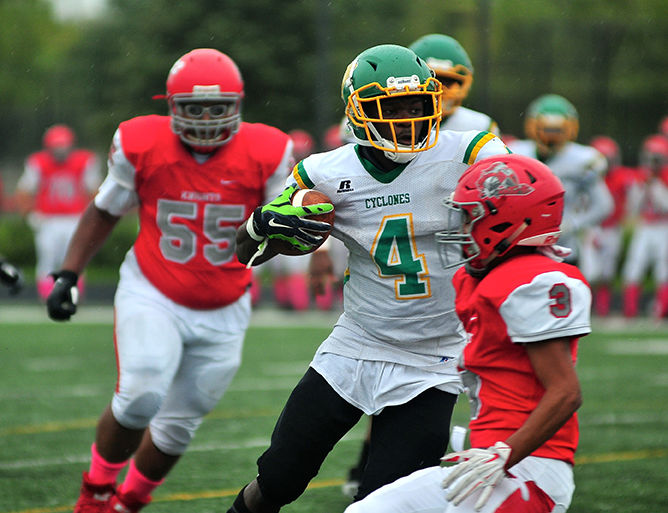 The Beverly resident and recent Chicago High School for Agricultural Sciences (CHSAS) graduate will also walk on to the Panthers’ football team.

However, St. Preux is different from his fellow incoming freshmen.

“I know I’ll be a freshman in no spot to lead, but my attitude, I’ll be ready to come in every day and work and get better,” St. Preux said. “Hopefully, when four years go by, I can look back and see I had a great career.”

For St. Preux, a 6’0, 170-pound safety at CHSAS, the age difference is nothing new. Midway through first grade, he was bumped up to the second grade at his teacher’s advice.

He’s been the young kid in class ever since.

“There are times when it was a struggle,” St. Preux said with a laugh. “This year as everyone is turning 18, I walk into practice and I’m like ‘Hey, guys, I can finally drive now!’ They said ‘What’s the big deal?’”

Although he’s always been two years younger than his classmates and teammates who are in the same graduating class, St. Preux has done his best to fit in and be just one of the guys.

And as he showed in a three-year varsity career with the Cyclones, St. Preux definitely belonged on the football field. A defensive stalwart and anchor in the defensive backfield, he piled up 17 interceptions over three years as CHSAS’ ball-hawking free safety.

“My teammates know I’m a leader and have seen what I can do. They respect me,” St. Preux said. “It’s just playing the game.”

As a 12-year-old freshman, St. Preux played on the junior varsity team. A year later, he was called up to the varsity and immediately became a starter.

He couldn’t help but feel some butterflies, but his teammates were always backing him up.

“I wasn’t even that big. I’d started to hit the weight room, but I still wasn’t that big,” St. Preux said. “I’m 13 going up against 18-year-olds who are about to turn 19. My teammates told me ‘Hey, you can do this. You’re here for a reason.’ The coaches talked me through it, and I knew I had trained for this.”

St. Preux and the CHSAS Class of 2020 provided a huge building block for a young Cyclones program. Making the program’s first state playoff appearances, qualifying for the playoffs the last three seasons, CHSAS went a combined 19-10.

“It means a lot because this class came in together. My sophomore year, pretty much all of us were either starting or in the rotation,” St. Preux said. “We were able to change the culture. There’s that buy-in. We put in so much work and changed the way the program is looked at.”

St. Preux was also a key player on the basketball team at CHSAS.

Shawn Finnin coaches both the football and basketball teams for the Cyclones. He had a front row seat to enjoy St. Preux’s athletic achievements.

“Josh is a remarkable young man. He’s maybe the most athletic kid I’ve coached at CHSAS,” Finnin said. “He was just 16, but he was a leader on the football and basketball teams. We’re definitely going to miss him.”

Now as St. Preux preps to head off to Eastern Illinois, a Division I Football Championship Subdivision team, he is ready for the next step.

“I want to keep growing physically and mentally,” St. Preux said. “I’ll be looking up to people. I’ll have to absorb things from them. I want to grow mentally, and I know I have a good work ethic.”