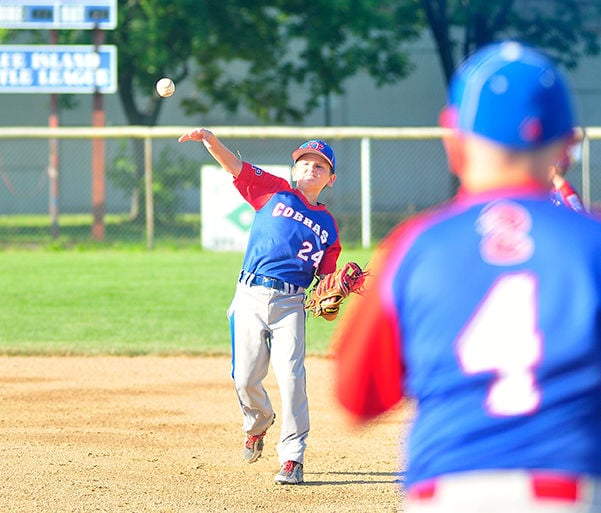 Baseball games for Kennedy Park Little League are being planned to start on June 1, with the season potentially lasting until late July. (Review file photo) 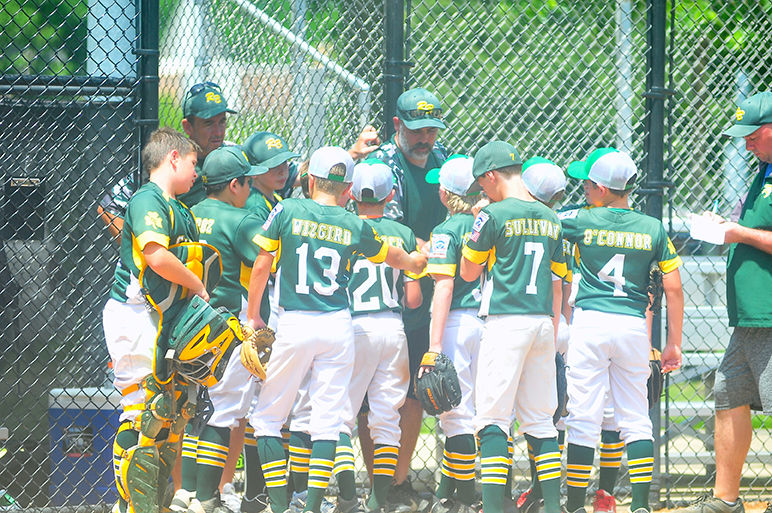 Teams with Ridge-Beverly Little League are hoping to start up their season in mid-June. Games would be played weekdays through July and could possibly be held into the first week of August. (Review file photo)

Baseball games for Kennedy Park Little League are being planned to start on June 1, with the season potentially lasting until late July. (Review file photo)

Teams with Ridge-Beverly Little League are hoping to start up their season in mid-June. Games would be played weekdays through July and could possibly be held into the first week of August. (Review file photo)

The start of the Little League baseball season is delayed, but the Kennedy Park and Ridge Beverly organizations both intend to play this summer.

But, only when it’s safe.

Both leagues usually begin their seasons in the first week of May. But, in the midst of the COVID-19 pandemic, the Little League baseball and softball organizations originally recommended that leagues nationwide postpone the start of their seasons until May 11.

Matt Winkler has been president of the KP Little League’s for the last five years, and he said everyone is eager to play ball.

“After the Little League ruling, the state of Illinois obviously extended the lockdown through the end of May,” Winkler said. “With that, June 1 is our new start date. We’re playing it by ear with what dates are going to come up, but we’re fired up and ready to go. We’ll slide right into games.”

Kennedy Park’s combined leagues, including baseball and softball across all levels, includes 350 players. RB has 590 in its program.

Hoping to start the season in mid-June, possibly June 15, RB President Dave Clisham said he is reaching out to all his coaches this week and into the week of May 10 to communicate the league’s plans.

“We want to do it and want to start the season. Like everybody, we’re in a wait-and-see mode,” Clisham said. “We’ll be reaching out and polling all the coaches as the light at the end of the tunnel gets closer. We’re looking forward to it. If we can gather outside, this is definitely something to do this summer.”

Clisham has been with RB for 14 years and served for 10 years as league president.

Clisham said it will be a relatively quick start for the league as soon as the decision is made on a date. Teams for KP and RB have already been drafted, some via Zoom video calls instead of traditional face-to-face drafts of years past.

From there, it’s will be a matter of finalizing the schedule and distributing uniforms and equipment.

Winkler and Clisham said player and spectator safety are the priority. The leagues will insist on all social-distancing protocols with fans encouraged to sit six feet apart from each other along the first- and third-base lines and into the outfield.

Players will bring their own bats and gloves and will be directed to not share equipment. Handling of baseballs in a game is still to be determined.

“Our No.-1 priority is always player safety. It’s especially true this season,” Winkler said. “We’re going to lean on our government and their recommendations, but safety is what it’s all about. It’s definitely a concern. The feedback I’ve gotten, parents were more comfortable with June 1.”

It was announced on April 30 that the Little League World Series is canceled for the first time. The annual tournament brought the best teams and their fans to Williamsport, Pa., from around the world. The league plans to hold the World Series again in 2021.

With the start of the league season pushed back at least a month, Winkler said the plan is to play a modified regular season in June and July. Clisham agreed and said teams could potentially have games scheduled a week or so into August.

“It will be a different look but the same mission,” Clisham said. “June 15 through August 1, that hopefully gives the opportunity for the kids to play and enjoy the summer together. If everything is safe and everything is open, we can get the season in. I’m hopeful.”

After a world-changing spring, Winkler hopes baseball’s return will provide some sense of normalcy for the summer.

“This is something you never imagine coming up. I’ve been playing baseball since I was 5 years old,” Winkler said. “I couldn’t imagine a summer without it. Sports, and especially baseball, can be an outlet for people.

“For the kids, it’s being part of the team. To not have that would be devastating. Optimism is key for us.”