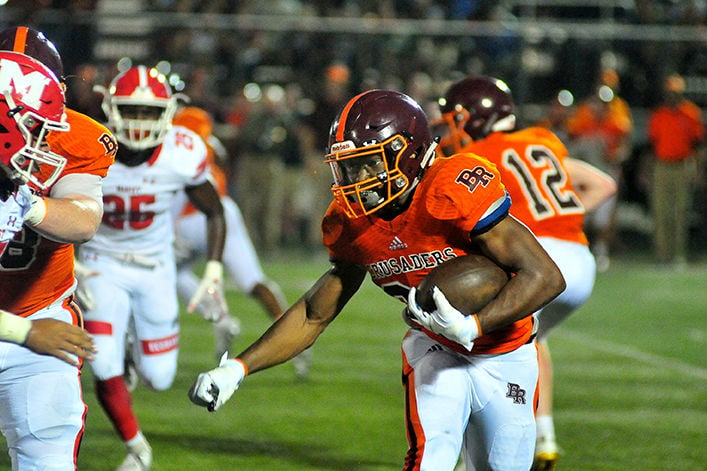 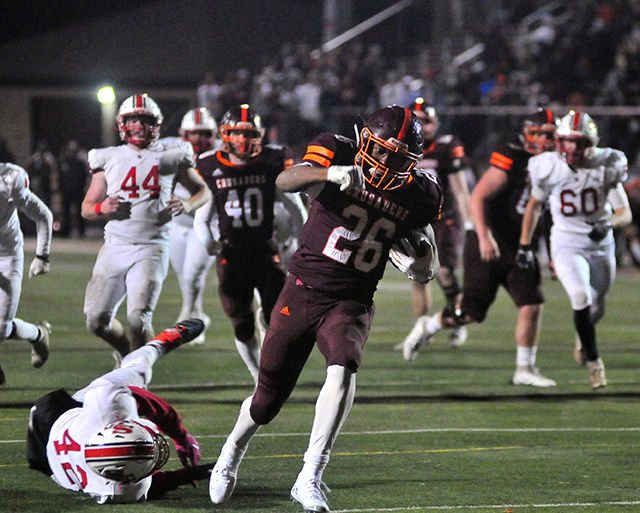 In a huge junior season for the Crusaders, Willie Shaw ran for 1,381 yards and 14 touchdowns with no fumbles and 20 catches for 286 yards and a touchdown. (Review file photo)

In a huge junior season for the Crusaders, Willie Shaw ran for 1,381 yards and 14 touchdowns with no fumbles and 20 catches for 286 yards and a touchdown. (Review file photo)

Willie Shaw had every intention of playing out the recruitment process through the spring and into the summer.

The Br. Rice junior running back thought he would announce his commitment in August 2020 in the weeks leading up to his senior season.

However, as Shaw said, in making his decision, he just knew where he should be, and he announced via Twitter on May 10 his verbal commitment to the University of Toledo.

“I wasn’t planning to commit this early, but I felt like this was the perfect time to lock it in,” Shaw said. “It was all about the bond I had with Head Coach Jason Candle and Running Backs Coach Nate Cole that you create through the recruiting process. It was an easy choice for me. This felt like the perfect place for me to succeed.”

Shaw, a Kellogg Elementary School graduate, is a 6’, 195-pound running back coming off a breakout season with the Crusaders.

Helping lead a ground-dominant rushing attack, Shaw carried the ball 170 times for 1,381 yards and 14 touchdowns with no fumbles. He also caught 20 passes for 286 yards and a touchdown.

And that was just Shaw’s first varsity season.

“This season was all about getting out there and playing and having fun,” Shaw said. “I wanted to play and be the best player I could be.”

In five seasons at Toledo, Candle has led the Rockets to a 34-19 record, 2 Mid-American Conference championships and 4 bowl game appearances.

With the COVID-19 pandemic limiting recruiting this spring, Shaw was unable to visit the Toledo campus. But, as soon as the state-by-state restrictions are lifted, a campus visit is at the top of the Shaw Family’s to-do list. He is the son of Willie Shaw and Sharoa Wilson.

“I’ve seen a couple virtual tours, and it felt and looked like the perfect place for me,” Shaw said. “I can’t wait to check it out in person. This is the place I’d be spending the next four or five years of my life, so you want to make sure you feel comfortable with the people, the community and the team.”

For Shaw, his breakout junior campaign was a perfect boost of confidence.

In the last game of his freshman year, Shaw broke his left ankle on a run when he was tackled by two Loyola Academy defenders.

Healthy and raring to go after playing with the sophomore team as a sophomore, Shaw put his name out there in a big way as a junior.

“It meant a lot. Doubts go through your head that I won’t be able to play like I used to,” Shaw said. “I feel like I needed to prove myself. It was a really good year overall.”

The Illinois High School Association announced in late April that summer contact days are suspended, but that could change in the coming weeks.

With teams not able to be together this summer, the attention has shifted to the resumption of fall sports—hopefully.

“My teammates and I, we’ve talked about it,” Shaw said. “If we have a season, it could be with limited or with no fans. We want to get out there and do what we can. We’ll come out ready to play, so we hope for good news.

“With the talent we have on the team, we’re hoping and praying we can play.”