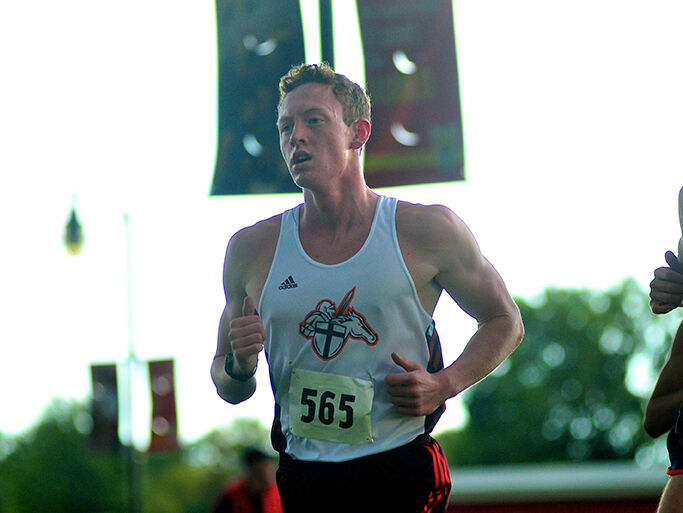 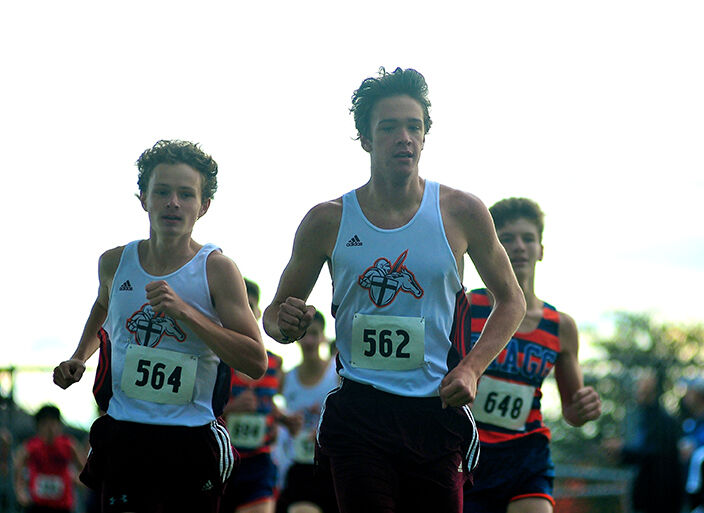 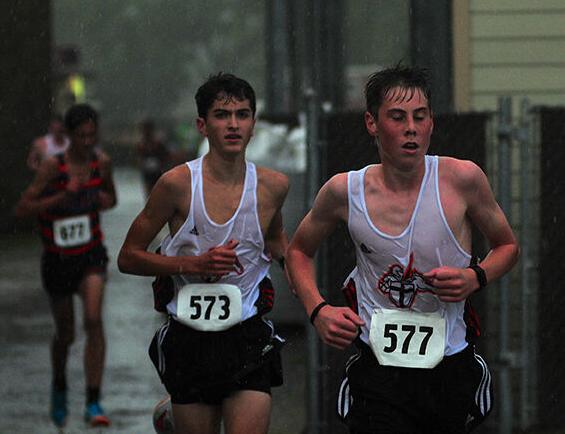 Sean Deane battled through a tough season as a junior.

Unfortunately, while trying to make up for lost time upon his return, Deane endured an injury-plagued season.

He vowed to have a far stronger senior year with the Crusaders.

“I felt so awful about what happened last year where I wasn’t able to run at all,” Deane said. “I felt like I let my team down. I trained my hardest to be ready for my senior year.”

According to Coach Tom Wazio, it was the first time the Crusaders hosted a meet on campus since 1988.

Starting the race in cloudy, cool conditions, runners were pelted during the last half of the three-mile race by a heavy, driving rain. Still, the history and unique conditions of running on campus were welcomed.

“It was awesome. It was great to do something like that,” Deane said. “We’ve run in the rain before. It sucks, but we’re out here running. You’ve got to get through it.”

Corcoran (Beverly, St. John Fisher) narrowly beat Burke (Beverly, Christ the King) down the final chute to the finish line on the track in the football stadium.

The senior duo has developed a strong chemistry racing together and working through countless miles in practices and workouts.

“We talked about it every practice, us running together,” Burke said. “We had a time trial this summer, and Mikey had been sick and dealing with injuries. I said ‘Just stay on me.’ I broke a 5-minute mile, and Mikey was 5:01, 5:02. We’re always going to be there together. We knew this was going to be a good season for us.”

However, early in the year, their times weren’t dropping as expected.

Corcoran and Burke had put the work in, but they weren’t seeing the results. Then, they had a breakout meet against Chicago Catholic League opponent Marmion Academy.

“We had a kind of rough start to the year, but Coach Wazio told us to keep following our training,” Corcoran said. “The time would come along eventually. The Marmion race was a breakout race for us. It developed well, and it built up our confidence.”

As a young team develops its identity, Corcoran knows that Deane is a excellent runner to have working with the newcomers.

“Sean can be a real X-factor for us, especially as we get to conference and the playoffs,” Corcoran said. ‘We’ll be up front, and he can lead the young guys and help control the race.”