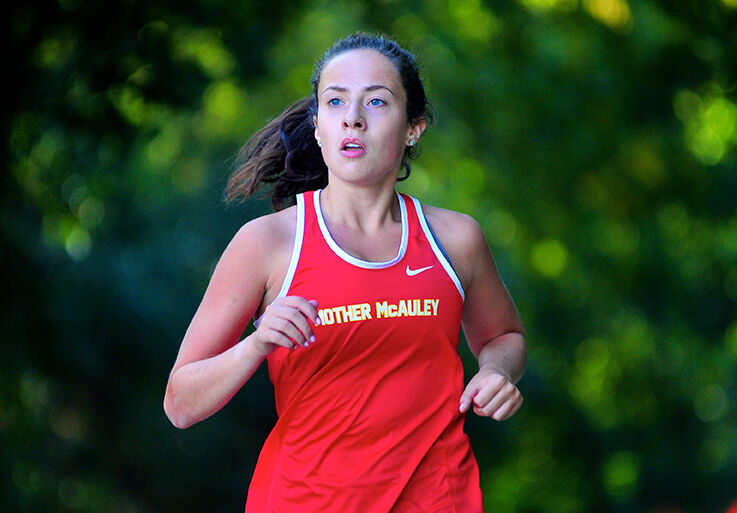 Senior Ava Courtney joined the Mother McAuley cross-country team as a junior. After that solid season, she made a big jump this year into the Mighty Macs’ top seven runners. (Review photo) 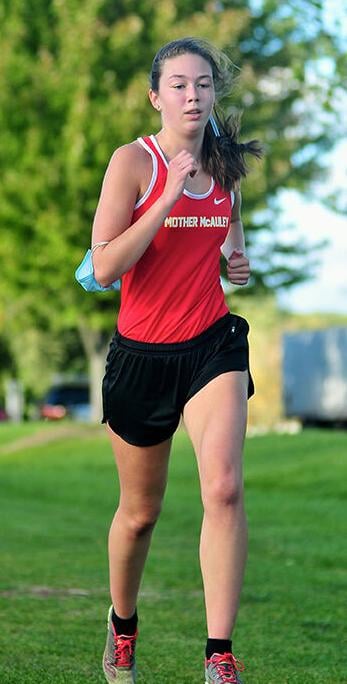 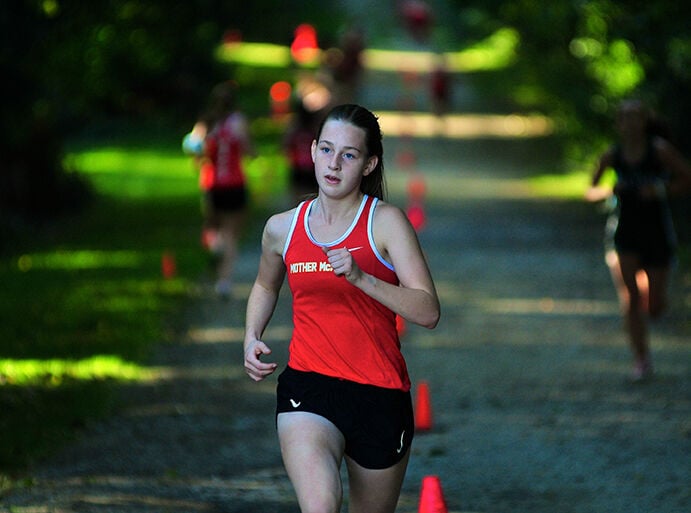 Senior Ava Courtney joined the Mother McAuley cross-country team as a junior. After that solid season, she made a big jump this year into the Mighty Macs’ top seven runners. (Review photo)

Heading into her junior year last fall, Ava Courtney had some running experience, but not much.

So, when she didn’t make the Mother McAuley varsity volleyball team, Courtney made a switch and went out for the cross-country team.

“I really wanted to make the volleyball team. That’s what I worked for all summer and since I’d gotten to high school,” Courtney said. “Then, I got into cross-country and realized that I’m good at this. I got into running a lot more.”

Now in her senior season, Courtney (Beverly, St. John Fisher) has secured a spot on McAuley’s lineup of the top seven runners.

Courtney finished the three-mile race in 21:52.

After joining the team as a junior, Courtney quickly found a rhythm after piling up mileage in practices and at weekend invitationals.

However, according to Mother McAuley Coach Kelly Malone, Courtney really took off this spring and summer.

“Her shining moment was during [the quarantine]. We had to train from a distance,” Malone said. “I know she was training. She was going to the track at Morgan Park all the time with her mom. She came back stronger than ever after a busy summer training. We could see it.”

Since then, Courtney has been steady as one of McAuley’s top seven.

After her summer of piling up the miles, she’s felt good while competing this fall. She’s especially appreciating her role as one of the team’s top seven.

“It means a lot. I’m happy to help my team any way I can,” Courtney said. “This summer I started running a lot more, five and six times a week. I was running a lot faster.”

It’s been a steady climb for Courtney as she transitioned from a volleyball mindset to that of a distance runner.

A solid performance last fall in a time trial helped put her mind at ease.

“I had a really fast time that I didn’t think I’d be able to get,” Courtney said. “I thought ‘Wow, I’m actually good at this.’ The toughest part was knowing there was a lot of fast people on the team and just trying to keep up with them.”

Courtney’s impressive times have added depth to the McAuley lineup. Running against the host Celtics, Courtney was the Mighty Macs’ 10th best finisher.

“My first mile, I felt like it was about 7 minutes. Coach Malone yelled 6:10. It felt slow, not fast,” Wagner said with a laugh. “She was telling the truth. I felt super good. It was ‘All right, keep trying’ so that my time was good. I felt strong finishing.”

Looking ahead to the postseason, Mother McAuley will compete on Oct. 17 at the GCAC meet at Loyola Academy and on Oct. 24 at the regional, the location of which has not been announced.

When Wagner found out about the potential for another meet, she was ecstatic.

“One to ten, it was an 11,” Wagner said. “I was so excited. I’ve been thankful that we actually get to run. I’m trying not to take it for granted or get down about anything. At the beginning of the year, we didn’t even know if we’d get to run. I’m glad we do.”

Malone hopes some impressive practice results continue to roll over to continued drops in her times at meets.

“The times are getting there,” Malone said. “We’re fighting some mental toughness issues. We practice well, but they get into a meet and think, ‘Oh my God, what do we do?’ We did see a lot of smiles, especially from the seniors, just ear to ear, when we heard about the sectional.”