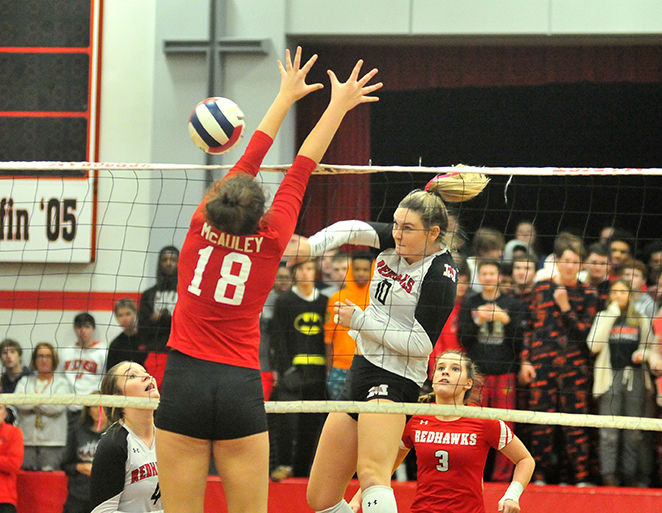 Senior middle Ellie Kurpeikis will be a key player for Marist this fall. The Illinois High School Association recently announced its plan as a first step to allow teams to work out and practice together. (Review file photo) 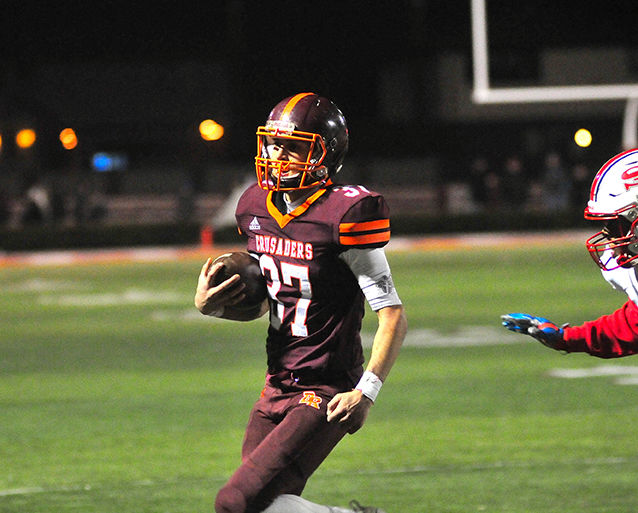 Br. Rice quarterback Jack Lausch took over the starting quarterback late last season for the Crusaders. As part of the new IHSA guidelines, teams can meet in groups of 10 but not perform any sport-specific drills. (Review file photo) 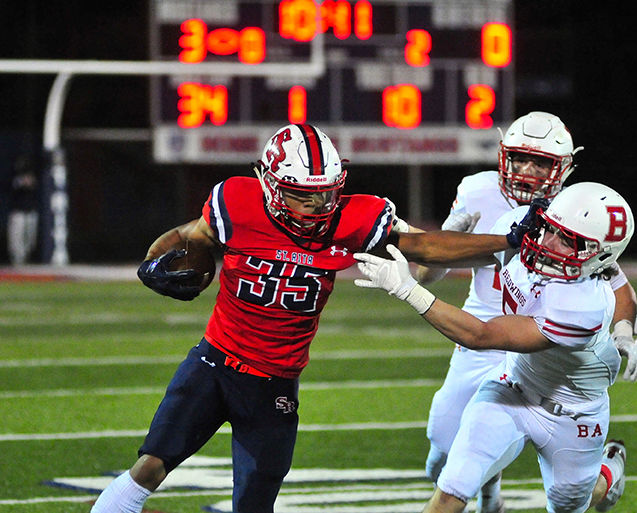 Senior middle Ellie Kurpeikis will be a key player for Marist this fall. The Illinois High School Association recently announced its plan as a first step to allow teams to work out and practice together. (Review file photo)

Br. Rice quarterback Jack Lausch took over the starting quarterback late last season for the Crusaders. As part of the new IHSA guidelines, teams can meet in groups of 10 but not perform any sport-specific drills. (Review file photo)

After spring sports were canceled due to the COVID-19 pandemic, the Illinois High School Association (IHSA) announced on June 5 its first steps toward athletic teams getting back on the field.

Teams were allowed to work out and practice together starting June 6, albeit under strict rules pertaining to social-distancing and player and coach safety.

Like coaches across the state, Marist Coach Jordan Vidovic had a long list of things to figure out for his girls/boys volleyball teams, from practice times to the safety/health concerns, to a timeline going forward.

After an emotional spring, Vidovic will definitely take this first step toward the return of high school sports.

“It was just great to hear the word ‘return’ and think the team and program can start to be together again,” Vidovic said. “We can be face to face with the athletes as coaches, and we can do something together. Sure, we can ask ‘What’s the timeline? When does it progress?’ For our own psyche, our positivity, this is huge.”

The IHSA allows teams to start working out together but under strict social-distancing rules.

Including coaches and medical personnel, only groups of 10 or less are allowed. Those groups must be pre-determined before the workout/practice session. Once groups are determined, athletes may not switch.

Practice sessions can only include weight-lifting, running and exercises designed to promote physical fitness. Sport-specific drills and equipment may not be used.

“Looking ahead to the fall after what sports went through this spring, it’s a good feeling,” Vidovic said. “This won’t be too different from what we’d normally do in June where we’d be working on agility, speed and jump training with some tough circuit workouts. It would all lead to August where we would work more on volleyball.”

Vidovic predicted workouts for the RedHawks will begin the week of June 15. Schools can only begin workouts after the administration or respective districts allowed them to begin.

Under the IHSA guidelines, coaches must maintain a daily record of which athletes are participating and if they have any COVID symptoms, including high temperatures.

Br. Rice Coach Brian Badke knows that challenges await, but he’s ready to get back with his football team.

“The news is a great thing. It’s obviously an adjustment for all of us, but we’re going to do this the right way,” Badke said. “It’s all hands on deck as we readjust to this new normal. We’ll abide by the rules and follow all the rules.”

Badke said the goal was to start the workouts late the week of June 8 if all goes according to plan. Heading into his ninth season with the Crusaders, Badke remains confident that the 2020 season will come to be.

“I do. I’m very optimistic we’ll be playing this fall,” Badke said. “What’s truly important is people’s health. Keeping the kids, coaches and families healthy is the most important thing. This is a good first step.”

St. Rita Coach Todd Kuska agreed with his Chicago Catholic League rival. The longtime coach for the Mustangs is glad his team can get back to the new normal, but Kuska said he is disappointed there weren’t more specifics in the IHSA announcement.

“This is a good thing. This is a small step in the right direction,” Kuska said. “We’ll anxiously await the next step. From my perspective though, we were expecting a little more, like being able to do football drills. We were a little disappointed there was no mention of when that next step could be.”

Kuska said he was going to work with his administration and coaches to figure out the best plan going forward with schematics for the social-distance workout.

“We’ve talked with our senior leaders, and they’re ready to get going,” Kuska said. “We were hoping for something less vague, but it’s encouraging to have something to start with. We’ll do this 100 percent the right way.”