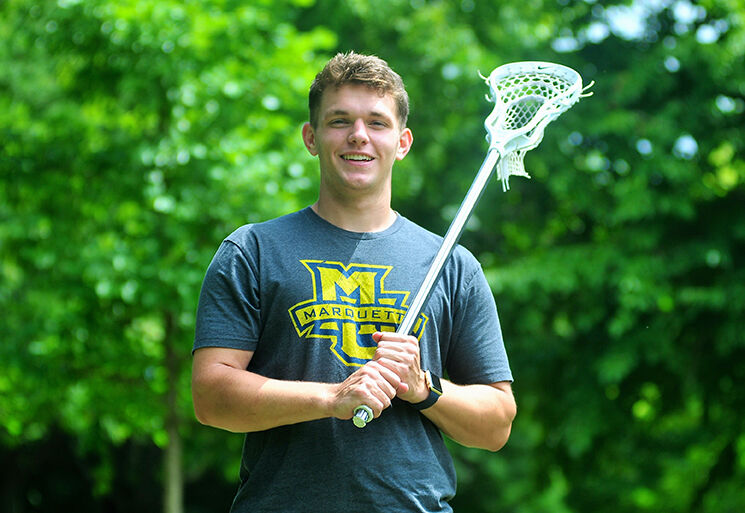 Recent St. Rita grad Jack Nolan is in his freshman year at Marquette University after a standout high school career. He is believed to be the first lacrosse player from Chicago’s South Side to earn a Division-I scholarship in the sport. (Review photo) 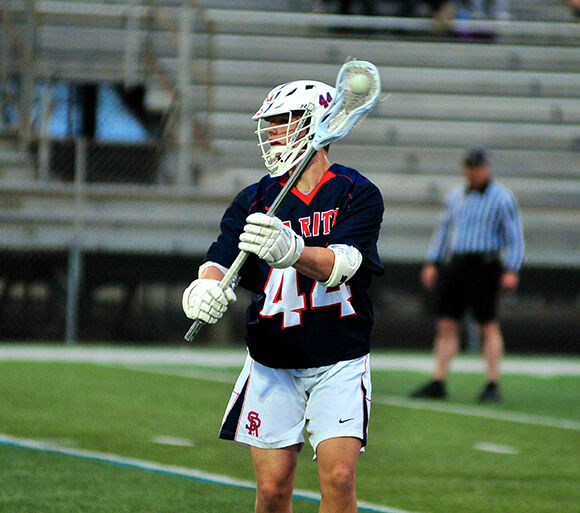 Jack Nolan fires a shot against Marist in a game during his junior year. Nolan seriously hurt his knee late in that season, missing out on the state playoffs. (Review file photo) 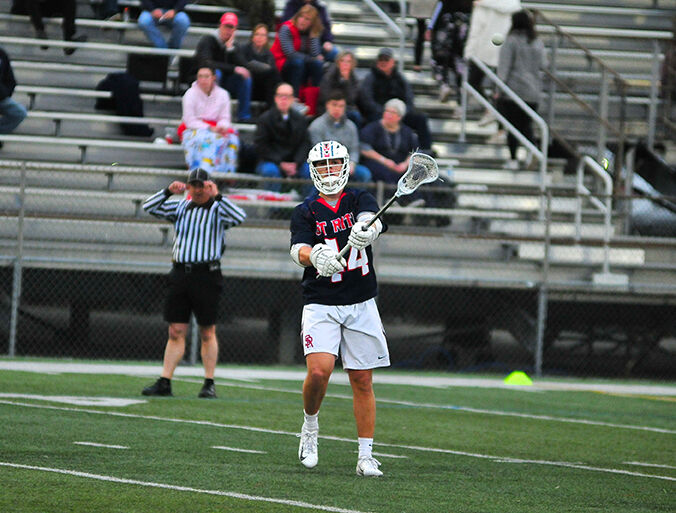 Recent St. Rita grad Jack Nolan is in his freshman year at Marquette University after a standout high school career. He is believed to be the first lacrosse player from Chicago’s South Side to earn a Division-I scholarship in the sport. (Review photo)

Jack Nolan fires a shot against Marist in a game during his junior year. Nolan seriously hurt his knee late in that season, missing out on the state playoffs. (Review file photo)

Playing with Team Illinois in a lacrosse tournament in South Bend, Ind., in early July, Jack Nolan raced through the defense and fired a shot to the top-left corner of the net for a goal.

However, for Nolan, a recent St. Rita grad, scoring goals on the field was nice during that busy weekend of lacrosse, but the real satisfaction came from just being there.

Nolan tore his left ACL and meniscus in spring 2019 and had been working back to his return to the field only to see the COVID-19 pandemic cancel the spring sports season.

“At first, I didn’t want to push [my knee] at all. I played that tournament and felt 100-percent back to normal,” Nolan said. “I scored that goal and thought ‘OK, I feel good.’ I felt like I was back. It was definitely a relief. It was a year of sitting out and not playing a game. You think, ‘Wow, this is awesome.’”

Nolan, a Morgan Park resident and St. Cajetan Elementary School graduate, will head to Marquette University this fall to continue his academic/athletic career.

Nolan was a standout lacrosse player for St. Rita, only to see his high school career come to an early end in his junior season.

Scooping up a loose ball in a May game against York, Nolan charged upfield through the Dukes defense.

Planting hard on the charge, Nolan felt a pop in his knee. He knew something was seriously wrong. Along with the ACL and meniscus tear, he also suffered a major bone bruise on his left knee.

Nolan then started the long process of recovering from the injury.

“It was tough. It was a really hard process,” Nolan said. “I had surgery a month later and then five months of physical therapy.”

Nolan watched from the sidelines the rest of the season as the Mustangs ultimately lost in a sectional championship to powerhouse Lyons Township.

Unable to be on the field, Nolan worked to soak up all the experience he could from St. Rita Coach Jim Juchinski and Assistant Coach Alex Zemke.

“I learned a bunch while sitting out, little things I was able to pick up on,” Nolan said. “Standing with the coaches, you pick up a bunch from an X’s and O’s standpoint. I’m not thankful for the injury, but I’m thankful for the process I had to go through. You realize how much I love the sport.”

Through the summer and into the fall, Nolan endured the rehab process.

While the surgery repairs the damage, it’s up to the athlete to strengthen the entire leg, especially the quadriceps and hamstrings.

Hour after hour, workout after workout, Nolan was in the weight room and running, all to strengthen his left knee and leg.

Nolan had invested the time to return, but he couldn’t help but worry about his return.

“It was the mental aspect of it. I don’t want to get hurt again,” Nolan said. “Trevor and Matt, they helped me through the mental process. Them going through it, they had my back, checking in, asking how therapy is going, how’s the knee feeling. The little things really help.”

Ten months after the injury, Nolan and his Mustangs teammates were ready for a huge season with potential state title aspirations.

But then, less than two weeks into practice, the season was put on hold and later canceled due to the coronavirus.

“We would have been a top-five contender in the state,” Nolan said. “You think, ‘What the heck? That’s our season. You can’t take it away.’ It’s hard to describe. It’s been a hectic four months.”

Looking for a positive in all the negatives, Nolan took advantage of the additional time to strengthen his knee. Again, he threw himself into workouts, running hills, stretching extensively and spending plenty of time with weights.

“I feel back to normal. I wasn’t wearing the brace during workouts,” Nolan said. “I’m running the hills and feel good.”

Now, Nolan can turn his attention to the next level at Marquette.

He is believed to be the first lacrosse player from Chicago’s South Side to ever earn a Division-I scholarship in the sport.

All he knows, he loved being at Marquette University.

“Two months out of surgery, still limping around, I visited and met the coaches. I felt at home,” Nolan said. “I’m from the Midwest and wanted to stay in the Midwest. This was the spot for me. I knew right away.”

While much could change in the coming months, Nolan hopes the Golden Eagles will play their spring season. As he preps for D-I lacrosse, he hopes he’s the first of many from the area as the sport’s popularity continues to grow.

“I think of not only myself, but the upcoming players, kids from Beverly and Morgan Park,” Nolan said. “You hope their love of the sport will lead them in the direction I went.”

As well, there are some bragging rights on the line, including with his St. Rita teammate Michael Gaughan, a standout lacrosse and football player.

Still, Nolan did it first.

“I can hold it over him,” Nolan said with a laugh. “It’s fun, a little rivalry with him.”