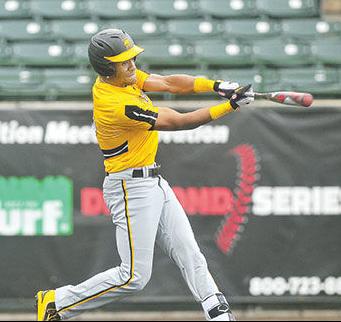 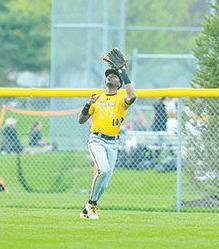 Pierce Jones makes a catch in center in a conference game against Marist this spring. Jones was a three-year varsity starter for Marian Catholic. (Review file photo) 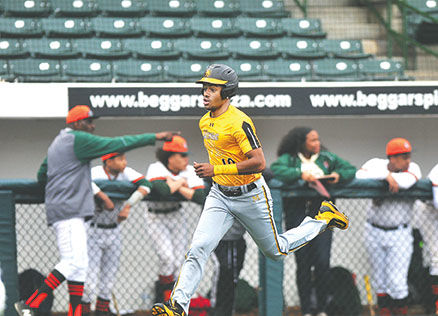 Pierce Jones makes a catch in center in a conference game against Marist this spring. Jones was a three-year varsity starter for Marian Catholic. (Review file photo)

Pierce Jones grew up playing multiple sports, but even as a youngster, he knew one sport had a special pull on him.

Jones wanted to be a baseball player, no matter what.

Even after suffering a serious leg injury when he was 5, he made a quick return to the diamond.

“I broke my left femur,” Jones said. “I’d always gravitated to baseball. When I [healed], the first thing I wanted to do was get outside and swing a bat. I was breaking gutters and windows again.”

After graduating from Marian Catholic High School in May, Jones received the call that athletes dream of.

Jones (Beverly, Vanderpoel) had committed to Northern Illinois University but opted to sign with the Padres and begin his professional baseball career.

“It was a couple of hectic days [watching the draft],” Jones said. “My advisor had told me the Padres had picked me in the 27th round. That was definitely exciting. I was watching the draft tracker, and then my name came up. That’s a dream come true.”

Marian Catholic Coach Tony DeCarlo said he is proud of his outfielder for making it to the next level.

“This is something he has always wanted, just as any baseball player would,” DeCarlo said. “Kudos to him for putting the time in. He’s deserving of everything he gets. He’s worked his tail off to get to this point.”

Jones hit .286 in his senior year for Marian Catholic, finishing with 4 home runs, 20 RBI, 31 runs and 17 stolen bases while being caught just once.

Looking to close out his prep career in style, Jones admitted that he struggled at times at the plate and found himself pressing too much.

“My batting average was a lot lower than it should have been,” Jones said. “You try different things to cope, and I was doing everything I could to get better. You get 4 at-bats a day. With a bad day, I put it behind me. I had 8 guys in the lineup who picked me up, and I knew I could still play defense.”

As dangerous as Jones was at the dish and on the bases, his play in center field was a stabilizing force for the Marian Catholic defense for his three years starting on the varsity.

Not many balls found the grass when Jones was patrolling center.

“We always knew we could count on him being a defensive leader in center,” DeCarlo said. “What a relief to have him out there.”

Jones was a key player on the Spartans’ 2017 squad that was the Class 3A state runner-up.

Building off that sophomore campaign, Jones knew he had to take another step forward as a leader his junior and senior seasons with a young team around him.

“The biggest step I took those three years was my maturity,” Jones said. “I worked to understand the game better and how things work. Coach DeCarlo taught me a lot. My success, I really appreciate all he did and the coaching staff did to help me.”

Jones was a standout player on the Jackie Robinson West team that dominated the headlines in 2014.

“That run with Jackie Robinson West, that really got him going,” DeCarlo said. “He loves being out there playing baseball. He’d leave practice and go to another workout. It’s around the clock for him.”

Jones reported to the Padres rookie camp in June.

Wherever his baseball path takes him, he knows the energy will be there.

“The draft was step one,” Jones said. “Getting to the big leagues is the main goal. I have a lot of energy, and I love baseball. I want to get through the system and help the Padres to as many wins as I can.”