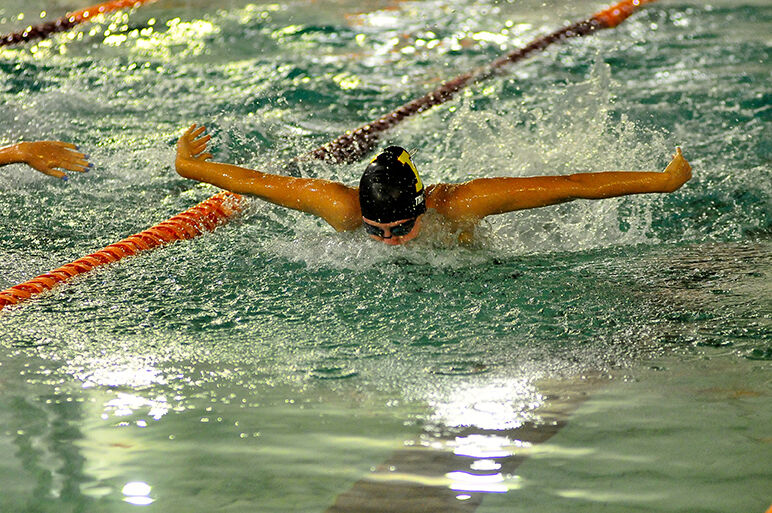 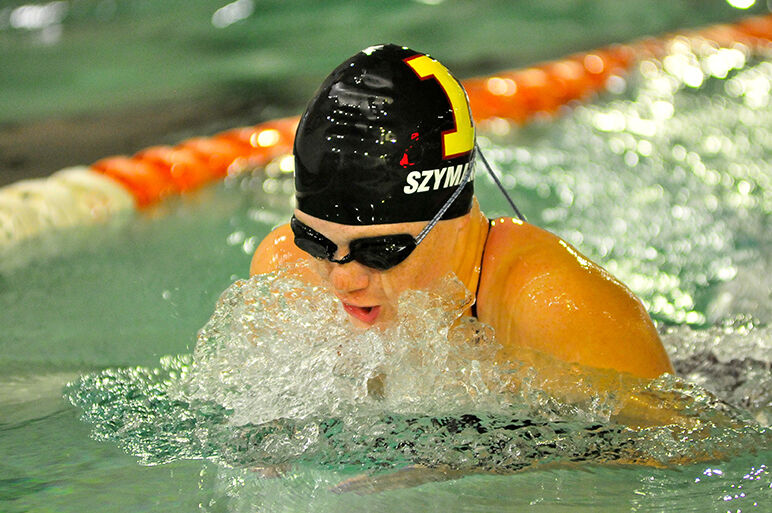 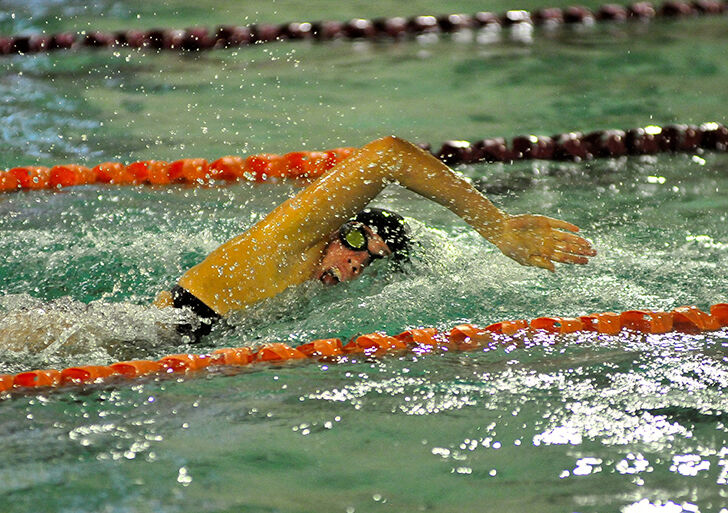 Julieta Tracy was shaking with adrenaline.

After a month-plus of practices without a swim meet, the St. Ignatius swimming and diving team was finally participating in a meet.

For Tracy and her teammates, it had been more than six months since they had competed in a race due to the current health crisis.

“You’re trying hard in practice but getting up and going [at a meet], it’s different for your body,” Tracy said. “We’re shaking right now. It’s a feeling none of us have felt in six months. It’s definitely different this season, but we’re happy to have something.”

Taute is a University of Missouri recruit.

Fall sports teams were allowed to start practicing on Aug. 10.

However, since then, St. Ignatius has been forced to improvise more than many teams have.

The Wolfpack uses University of Illinois-Chicago (UIC) facilities for its home pool, but the UIC Natatorium has been closed due to the health crisis. Instead, the team has been practicing at Br. Rice and, more recently, the heated outdoor pool at the Oak Lawn Park District.

“They’ve been resilient,” Stephens said. “Getting something actually on the books with the schedule helped a lot. We’re trying to get a few more meets. Right now, we’re just going away with away meets. That’s all we can really do right now.”

No matter how odd the season and year have been, Szymanski said being back in the pool was a welcome change.

“It really helped the season feel more normal,” Szymanski said. “Our freshmen got to experience the meet setting. Meets make you closer as a team. You’re cheering for each, and we’re all supportive.”

As for her performance, there was room for improvement, but Szymanski wasn’t beating herself up too much.

“It wasn’t horrible,” she said with a smile. “I’m a bit sore, but it was a really fun time. I enjoy racing. It shows your progress and your hard work paying off.”

St. Ignatius finished 10th at state last season and returns a majority of the state lineup.

The schedule with time and locations is still to be announced.

Tracy and many of her Wolfpack teammates also compete with the Chicago Wolfpack Aquatic Club team, which competed at the Senior State Meet on March 5-8 at UIC just days before the coronavirus shut down sports across the board for several months.

Her time out of the pool made her appreciate the sport.

“When you’re swimming, you don’t think as much. You go to practice and go to a meet,” Tracy said. “When we were in quarantine and not doing anything for months, it gave me a lot of time to think about how important swimming is to me and where it can take me.”

St. Ignatius has meets coming up with Rosary, Northside Prep and Fenwick. Stephens said he’s working to schedule home and away meets with rival Whitney Young and potentially a virtual meet with state powers New Trier and Loyola.

Wherever and whoever the competitor, the Wolfpack will be ready.

“You make the best of it,” Szymanski said. “We have something and can swim somewhere. A few meets will make the season as good as possible under the circumstances.”