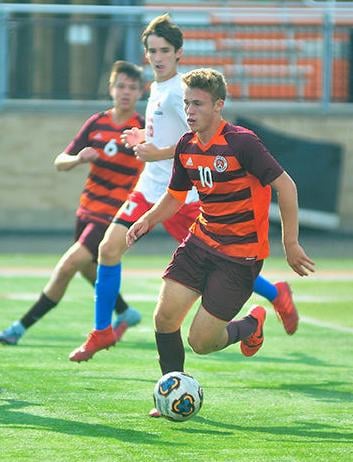 Br. Rice 2020 graduate Jack Finnegan was named the Gatorade Illinois Boys Soccer Player of the Year. He scored 44 goals in his senior season for the Crusaders. (Review file photo) 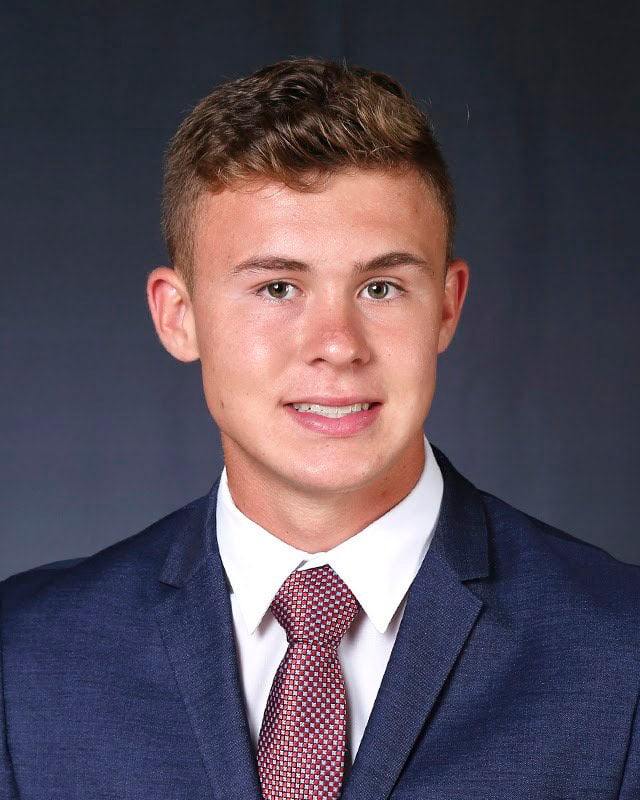 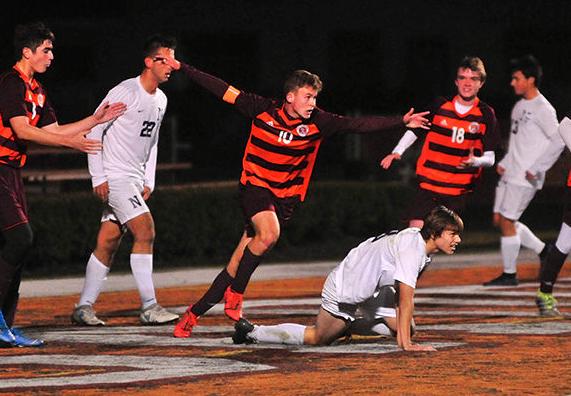 Jack Finnegan scored 101 career goals in four years with the Br. Rice varsity. He will enroll at the University of Wisconsin this fall to continue his academic/athletic career. (Review file photo)

Br. Rice 2020 graduate Jack Finnegan was named the Gatorade Illinois Boys Soccer Player of the Year. He scored 44 goals in his senior season for the Crusaders. (Review file photo)

Jack Finnegan scored 101 career goals in four years with the Br. Rice varsity. He will enroll at the University of Wisconsin this fall to continue his academic/athletic career. (Review file photo)

After a huge senior soccer season at Br. Rice, Jack Finnegan saw the awards start to roll in.

He was named the Chicago Catholic League’s Lawless Award winner, an honor given to the league’s top senior. He was named to two All-American teams. Finnegan was even nominated for the Top Drawer Soccer Goal of the Year.

However, when he heard about his most recent award, he just couldn ‘t believe it.

On June 8, Finnegan was named the 2019-2020 Gatorade Illinois Boys Soccer Player of the Year.

“Especially because it’s for my high school career, it means everything,” Finnegan said. “To end my career on that, oh my god, it’s awesome. I wasn’t expecting it at all. It just shows all the people who helped push me and helped me get the award.”

In his four years on the varsity, he compiled 101 goals and 30 assists.

“It’s huge for Jack to get it. He’s just the second to win the award from Rice,” Prunckle said. “The big thing, he’s just so determined. He loves playing soccer, and he loves scoring goals. He’s not just one of the best players I’ve ever coached; he’s one of the most coachable.”

Finnegan is a University of Wisconsin recruit. He will head to Madison, Wisc., later this summer with a chance to compete immediately for playing time with the Badgers.

Having proven himself his first three years with Br. Rice as an all-around and dangerous scoring threat, Finnegan vowed to take that approach to another level for his senior season.

It all started late in his junior campaign and rolled over.

“I just wanted to go out and do my thing. Just go out there with a game face,” Finnegan said. “I want to get after it, just completely dominate a game.”

Following his senior season, Finnegan played with FC United, an academy-level team based in Glenview, north of the city.

He found his groove quickly only to see the season come to an unexpected finish due to the COVID-19 pandemic.

In the months since, Finnegan has done his best to stay in shape, running, weight-lifting and shooting on a net whenever he can.

This summer, he’s working with FC’s United Soccer League (USL) Two, an amateur league featuring collegiate players and academy players from around the Midwest. Two of his Wisconsin teammates are also on the team.

As teams ease back into practices under social-distancing protocols, it has taken some adjusting. Players can’t pass to teammates, and they must bring their own ball to practices.

No shooting is allowed, just drills for conditioning and ball-handling. That daily commute to Vernon Hills north of the city has taken some adjustment.

“Oh, that drive is disgusting,” Finnegan said with a laugh. “We’re not shooting, but it feels really good to be out there again.”

“I talked it over with my parents over the years. Going to high school wasn’t going to hinder my chances [to play at the next level],” Finnegan said. “I felt like Br. Rice did everything possible to help me succeed. It was great for building character, and I needed to show that pride as a fan and as a player.”

He’s going for more runs, weight-lifting and looking to put on more lean muscle. He can’t wait to get to Wisconsin and carve out a role for himself.

“There were a lot of injuries last year, and many of those players redshirted so they’re back,” Finnegan said. “We’ve got a good incoming class coming in, so I think we can contend for a Big Ten title.”

Finnegan said his goals are set.

“I’m ready to work for Wisconsin and go to battle.”