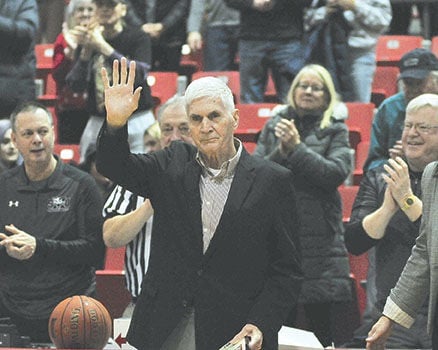 St. Xavier University Coach Tom O’Malley was honored at halftime of the men’s basketball game for his legendary career. The Cougars’ victory over St. Francis was his 1,000th win. O’Malley will retire this season after 50 years of teaching the game to young athletes. 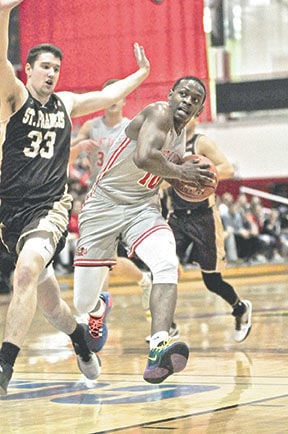 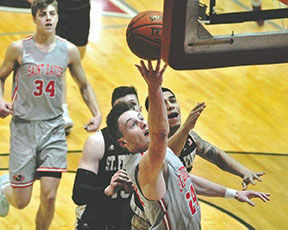 St. Xavier University Coach Tom O’Malley was honored at halftime of the men’s basketball game for his legendary career. The Cougars’ victory over St. Francis was his 1,000th win. O’Malley will retire this season after 50 years of teaching the game to young athletes.

When Coach Tom O’Malley started his career 50 years ago, he never gave much thought to how many wins he would achieve.

He just knew that he loved the game of basketball and wanted to teach it to as many people as possible.

It’s safe to say that O’Malley, the coach of the St. Xavier University (SXU) men’s basketball team for the past 23 years, achieved that goal and then some.

With host SXU delivering a convincing 90-69 victory over St. Francis on Feb. 19 at the Shannon Center, O’Malley won his 1,000th career game.

That impressive milestone came after O’Malley’s recent announcement that this season will be his last.

“When I started coaching many, many years ago, I never dreamed of something like this,” he said. “Coaches who say they’ve got a lot of victories, they don’t get them. The players win games. Coaches teach, and I’ve been trying to be a teacher all my life.”

O’Malley coached high school hoops for 32 seasons, with stints at Leo, Reavis and Evergreen Park, and he compiled a 474-326 record.

SXU senior forward Jack Brody has played for O’Malley in four record-setting seasons, and he praised the team’s leader.

“Fifty years coaching is insane to think about,” Brody said. “He’s been awesome ever since I was a freshman. He lets me play with freedom. He does that for a lot of guys. As long as you’re playing hard, he trusts you.”

O’Malley said his strategy as a coach is to teach his athletes to succeed on the court and in life using a three-pronged approach: faith, family and friends.

“I live my life as a coach adhering to that,” O’Malley said. “Family is the uppermost in my mind, and I’ve got a few friends anyways. That’s made life a lot better.

“Coach O’Malley is a tough coach and has had so much success,” Niego said. “Off the court, he genuinely cares about his guys. It’s the Three F’s; he lives by that. He’s always helping out. Off the court, I think that’s his biggest impact in coaching.”

Following his final game, O’Malley plans to spend more time with his wife, Carol, and his children, Tom, Mike and Carrie, and 13 grandchildren. Tom and Carol have lived in Mt. Greenwood for 50 years.

Despite O’Malley’s retirement, basketball will continue to benefit from his skills as he said he’ll likely be helping his grandkids with their jump shots, and he’ll be volunteering at youth basketball clinics.

In the meantime, he and the Cougars still have work to do this season.

SXU will compete in the Chicagoland Collegiate Athletic Conference postseason tournament with the hopes of qualifying for the National Association of Intercollegiate Athletics (NAIA) playoffs.

The Cougars last made the NAIA tourney in 2016.

“We were really young last year,” O’Malley said. “Jack Halverson is a much better player this year. Niego and [Mike Shepski] have another year under their belt, and Josh Evans has made a big difference. He’s not a traditional point guard, but he’s as good as anybody.”

Brody said SXU has the potential to put an exclamation point on the final chapter of O’Malley’s inspiring coaching career.

“I thought this team was special from the beginning,” Brody said. “We have 8 guys who can go out and score 20 points a game. We can all play, all defend, and we’re a versatile group. The national tournament, that’s what we want.”