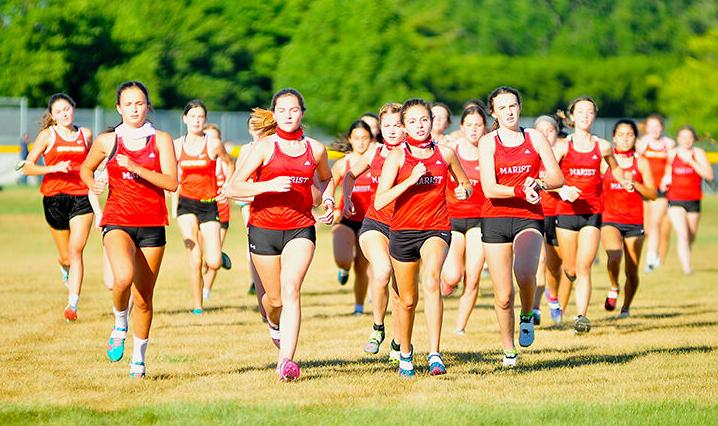 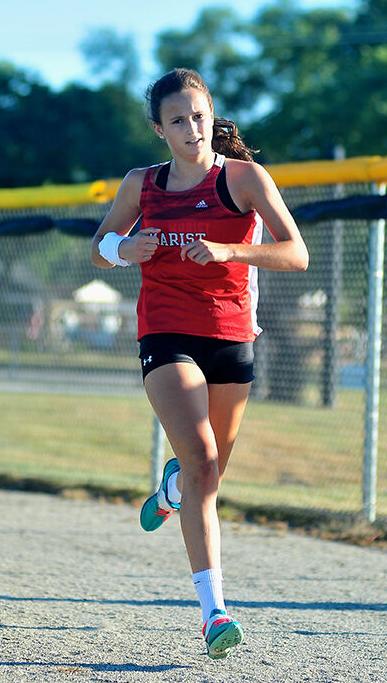 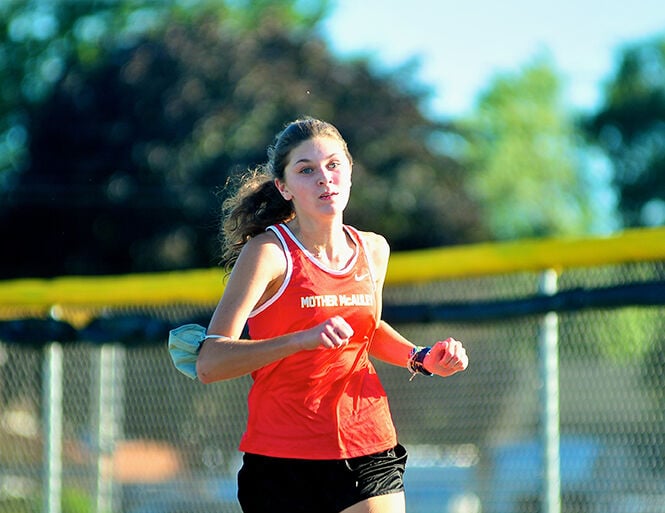 It was a difficult decision for Cecilia Light.

A year ago, she went back and forth trying to decide between club soccer or cross-country at Marist.

Light chose soccer, competing with Eclipse Soccer in Northbrook, because she plans to play the sport in college and knew she needed to devote her time in that pursuit.

“I was super-sad to leave this group of girls with cross-country, but it was a choice I had to make,” Light said. “I was going to play soccer in college and had to put all my time into that.”

With her club soccer season this fall severely limited due to the current health crisis, Light’s athletic schedule opened up a bit, and cross-country was back in the mix for her senior season.

The nonconference dual meet was held at Marist with the three-mile course starting on campus and then winding through St. Casimir Catholic Cemetery and back to the finish line at the school.

Light was ecstatic to be back with her teammates for the season opener.

“I’m so lucky it worked out like this where I can come back,” Light said. “I didn’t think I was going to do it. My mom [Natalie] said to run. I thought ‘Honestly, why not?’ I jumped right in.”

Light was a state-qualifying runner as a freshman, and with junior Nora McClorey this season, she gives the RedHawks a dangerous 1-2 punch to lead the lineup.

In the McAuley dual, McClorey (Evergreen Park, Most Holy Redeemer) finished second (19:44), not far behind Light.

“We ran side by side most of the race,” Light said. “It’s nice to have someone on your team like that to push me and be my friend out there.”

McClorey is also a state qualifier, advancing to the state meet as a freshman. She narrowly missed qualifying as a sophomore, just two spots and 23 seconds away, at the sectional meet.

This year with Light on the team, McClorey expects to do some damage.

“It’s super-exciting to have her back,” McClorey said. “She really mentored me my freshman year. She was the person I looked up to. It’s a lot of fun to be able to run with each other like that.”

Light and McClorey broke free from the field in the first third of a mile, setting a quick pace.

Late in the final half-mile, Light pulled away for the win. Still, she helped her teammate the whole way, and McClorey was appreciative.

With a young and talented team, Light and McClorey want to help its core develop despite this unusual fall season.

Large meets and invitationals are not allowed, leaving the RedHawks to schedule weekly dual meets against conference foes.

“We’ve started trying to help our young freshmen with all that potential, and our sophomores are doing insane,” McClorey said. “The younger kids running with us, we try and mentor them, how to run and pick up the pace.”

The Mighty Macs competed without a handful of their top runners because of a conference dual meet scheduled for the next day, Sept. 5, against Fenwick.