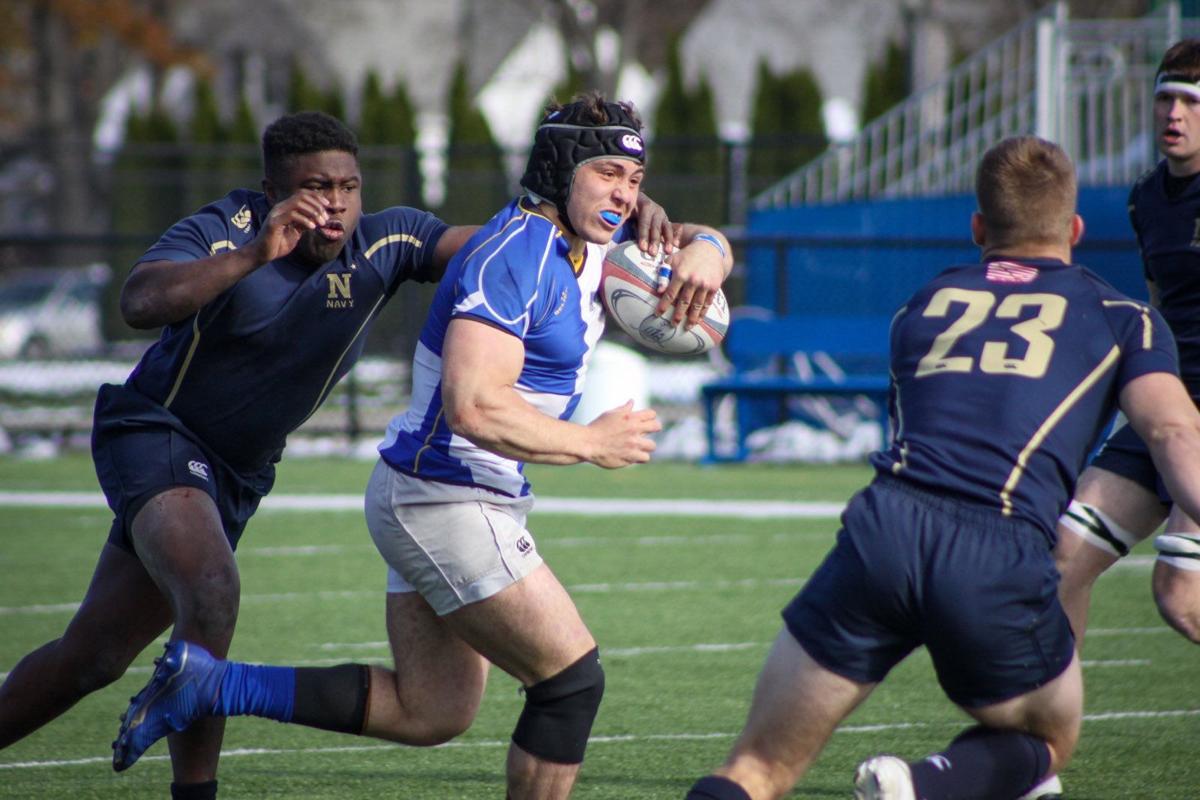 Beverly’s Andrew Guerra completed a standout rugby career at Notre Dame College this past fall. He is likely to be drafted in June in the Major League Rugby draft. (photo courtesy of Sarah Valentine, Notre Dame College) 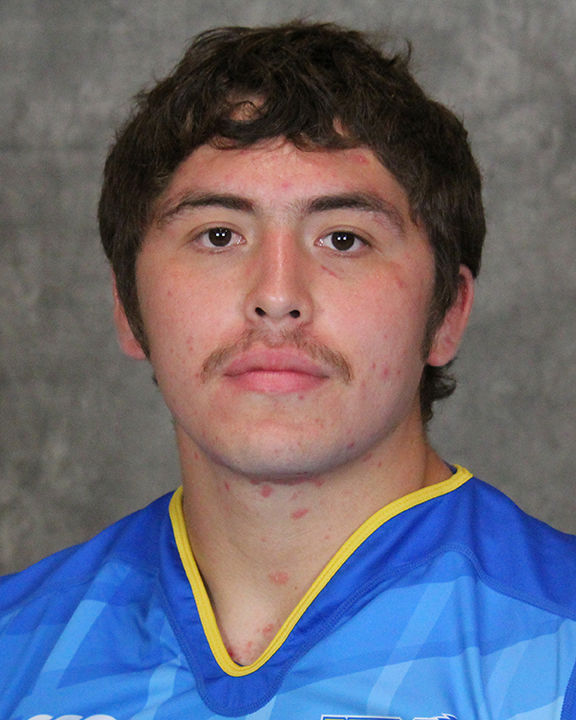 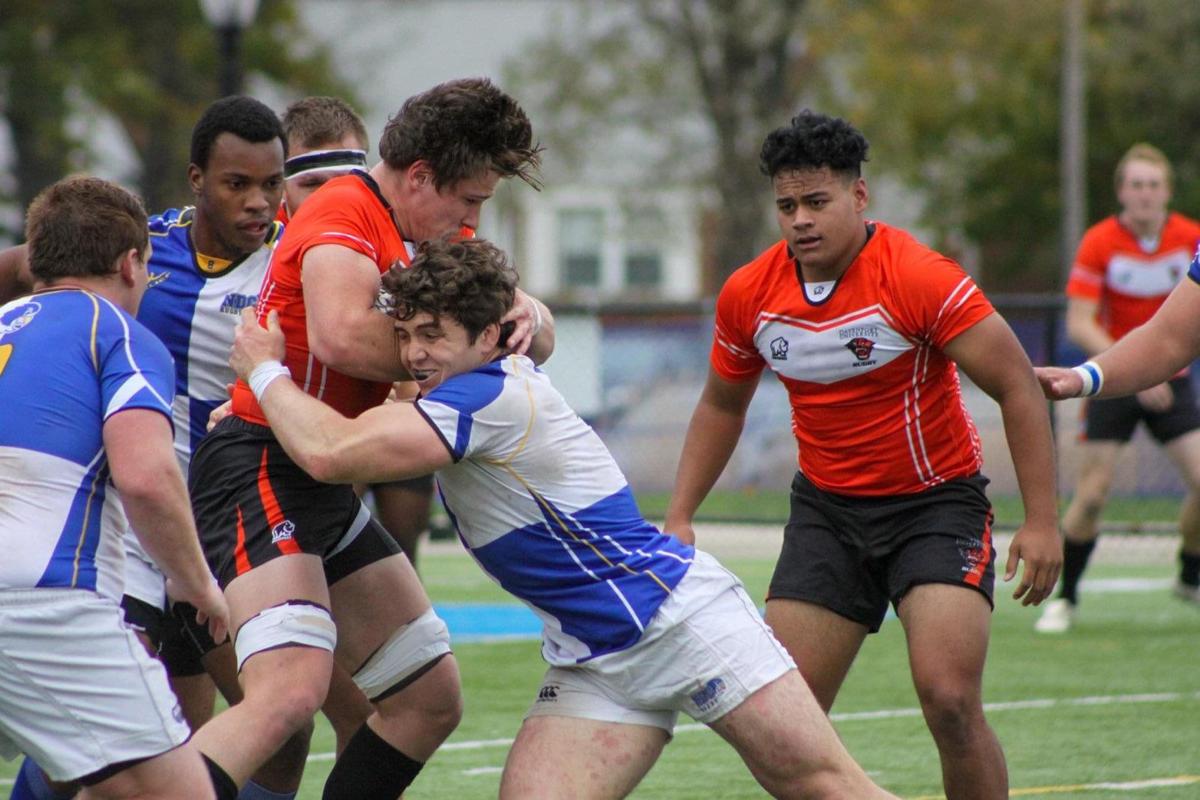 Andrew Guerra wraps up an opponent in a game versus Davenport University. Guerra was a standout football and rugby player at Mt. Carmel. (photo courtesy of Sarah Valentine, Notre Dame College)

Beverly’s Andrew Guerra completed a standout rugby career at Notre Dame College this past fall. He is likely to be drafted in June in the Major League Rugby draft. (photo courtesy of Sarah Valentine, Notre Dame College)

Andrew Guerra wraps up an opponent in a game versus Davenport University. Guerra was a standout football and rugby player at Mt. Carmel. (photo courtesy of Sarah Valentine, Notre Dame College)

Andrew Guerra has endured a long list of injuries during his sports career.

A Beverly native and 2016 Mt. Carmel grad, Guerra has boxed, and he also played football and rugby.

There have been torn meniscus and ligaments. There have been broken hands. But, playing rugby this winter, Guerra sustained a broken right fibula. After undergoing surgery in March, Guerra’s cast was removed in May, and he is now working toward a full recovery in preparation for a potentially huge summer.

“I’d broken my hands before, but playing rugby, that’s not an injury that’s going to stop you from playing,” Guerra said. “This injury, I could feel the crack. I knew right away that something was wrong.”

He sustained the injury playing for the Chicago Lions, a club rugby team, in February in a tournament in Los Angeles. The injury brought an unexpected end to his collegiate career.

In the team’s third tournament game as the Lions battled the Japanese National Team, Guerra was tackled from behind. As he fell to the ground, the defender landed on Guerra’s right leg.

Guerra would have played his senior season at Notre Dame College in South Euclid, Ohio, this spring for the Falcons’ 7s season, a quicker, faster-paced game compared to the 15s season in the fall.

Instead, with COVID-19 shutting down sports, Guerra has been able to rest, recover and rehab back at home in Chicago.

“I actually had surgery March 10, and Notre Dame sent everyone home later that week,” Guerra said. “There’s obviously not a good time to do this, but it’s been perfect for me. I was staying home all day with my leg elevated. I’ve got a great family and great friends supporting me.”

Wrapping up his e-learning classes this spring, Guerra earned his bachelor’s degree in sports management.

With the cast removed, Guerra is working to get back to 100 percent.

A self-described workout junkie, he’s easing back into things. Guerra is riding an air bike each day as he waits for medical clearance to start running.

He’s working out with weights to keep up his strength.

Throughout the recovery process, whether it is resting, rehabbing or physical therapy, Guerra has a goal in mind: making it to the next level.

Guerra could potentially hear his name called in the Major League Rugby (MLR) Collegiate Draft on June 13. The draft will feature two rounds.

The MLR will start its fourth season in 2021 after canceling the end of the 2020 season due to the COVID-19 pandemic.

Guerra has been interested in the league since it was first formed.

“The league’s first year was my sophomore year at Notre Dame,” Guerra said. “It’s the highest rugby league in America. I started seeing some teammates enter and play in the league. You start to think ‘OK, I can do this.’ People told me they could see me playing, so it’s been about putting my head down and putting the work in.”

The MLR features 11 teams throughout the United States.

“It’s been a cool process. I’m looking forward to the next step in my journey,” Guerra said. “I’ve been talking to general managers and coaches. I’m willing to go anywhere. It’s the perfect time in my life to try this.”

Wherever he ends up, Guerra is ready for the challenge. He typically plays loose forward, a demanding position that puts him in the thick of the action offensively and defensively.

“I’m fully healthy,” Guerra said. “I’ve always had a reputation as one of the hardest working people on every team I’ve been on. I’m going to get my work done, help the team and lead by example. I’m not here to mess around. I want to bring that workhorse mentality to the team and program.”