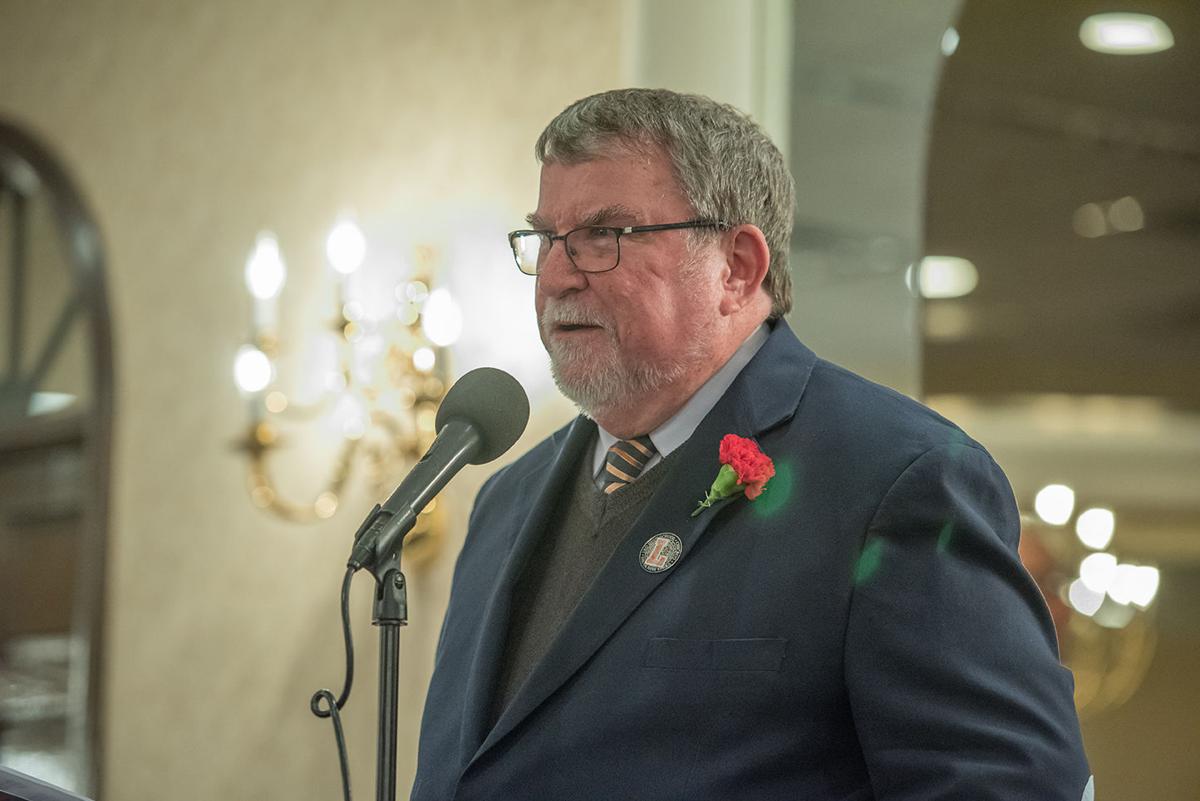 After working at the Chicago Tribune for 13 years, Dan McGrath returned to his alma mater, Leo High School, as the school’s president in 2009.

After working at the Chicago Tribune for 13 years, Dan McGrath returned to his alma mater, Leo High School, as the school’s president in 2009.

In the early 1990s, Morgan Park native Dan McGrath was a nationally known sports journalist with a career that included posts in Philadelphia, San Francisco and Sacramento.

Despite the prestige of being a sportswriter and editor in those cities, McGrath always wanted to return to work in his hometown, and as he’s been reminded recently by watching ESPN, his timing couldn’t have been much better.

In 1996, McGrath was hired as sports editor of the Chicago Tribune, a post that included overseeing the newspaper’s expansive coverage of the Chicago Bulls’ second three-peat.

With ESPN’s 10-part docuseries, “The Last Dance,” chronicling Michael Jordan and the Chicago Bulls of the 1990s, McGrath is especially enjoying this trip down memory lane.

“I had a great, fabulous run at several different places, and I would not have traded any of it,” McGrath said. “I met a lot of interesting people and worked at some great papers, but I knew I always wanted to come back and work in Chicago if the opportunity came up. I was delighted to move back.”

The final two episodes of “The Last Dance” aired on May 17, and for the lifelong fan of Chicago sports who grew up in the parish of St. Cajetan Church in Morgan Park, he’ll never forget his days covering the Bulls.

In 2009, McGrath enjoyed his last dance with the Chicago Tribune when he became president of Leo High School, his alma mater. Now an educator, the 1968 Leo graduate gave high marks to “The Last Dance” and his colleagues at the Trib.

“As a sports desk, we all knew what was going on. There was such an energy in the city,” McGrath said. “You could just feel it when you were walking around, and it just built from round to round.”

As the Bulls dispatched the New Jersey Nets, Charlotte Hornets and Indiana Pacers in the Eastern Conference and ultimately the Utah Jazz in the 1998 NBA Finals, McGrath and his colleagues went to work filling their sports pages with as much coverage as possible of the Bulls and MJ.

“We had 14 writers and three photographers at those 1998 Finals games,” McGrath said with a laugh. “It got to the point that Brian McIntyre [of NBA media relations] joked with me, ‘Just tell me who won’t be here.’”

McGrath, a graduate of Marquette University, did not travel with his sports staff for road games, but he would attend a portion of each home game at a packed-to-the-rafters United Center.

He would coordinate with Prep Sports Coordinating Editor Mary Ullmer about which reporters were writing what articles, to avoid crossover, and McGrath would typically leave after the third quarter to get back to the office.

Back at Tribune Tower, McGrath would start editing and working with the staff of the copy desk.

“Mary would coordinate with the writers at the game. We definitely needed a traffic cop to organize everything,” he said. “I loved being at the games, but I had to get back to move loads of copy on deadline.”

The Tribune published wrap-around sections for the playoff games, meaning writers, photographers and editors were responsible for creating 10 to 20 pages of articles and photos for the next day’s edition.

In addition to coverage of games, articles ranged from features on the team and players to human-interest pieces in which reporters tracked down other guys across the country named Michael Jordan.

Nothing was too crazy. Tribune readers wanted Bulls coverage galore.

“The goal we had was that every section, especially the Finals games, would be souvenirs, would be mementos,” McGrath said. “We had such fun with it because the city was so caught up in it. The drama built with each round.”

McGrath said the only non-Bulls sports story to take over the sports section’s cover was Kerry Wood’s historic 20-strikeout game for the Chicago Cubs on May 6 at Wrigley Field against the Houston Astros.

McGrath first covered Jordan in 1981, when the future phenom was a freshman at the University of North Carolina. At the time, McGrath worked for the San Francisco Chronicle and covered North Carolina against Penn State in Santa Clara, Calif.

With future NBA greats James Worthy injured and Sam Perkins in foul trouble for the Tar Heels, a freshman named Mike Jordan took over, leading the team to an exciting 56-50 victory.

Unbeknownst to McGrath, that game would be followed by a historic career where Mike soon became Michael.

“It was one of the most electric performances I’d seen,” McGrath said. “A bucket here, a rebound, a steal, a block. He took over and just was not going to lose.