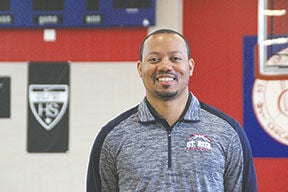 With Illinois high schools closed through March 30 in the wake of the Covid-19 pandemic, area high school athletic directors are in a wait-and-see situation on how to handle spring sports going forward.

The Illinois High School Association (IHSA) announced on March 17 that the target date for practices and games to be resumed would be March 31.

For St. Rita Athletic Director Roshawn Russell and athletic directors around the state, they’re waiting for updates from the IHSA and, potentially, the state and federal government.

“It’s going to come down to the government and the IHSA,” Russell said. “As athletic directors, we’re staying in communication with the IHSA and keeping each other in the loop. It’s a bit of a stalling pattern. You think about the kids, though. They may not understand what’s going on, but you try and make the best of it.”

The IHSA originally announced on March 12 that the remainder of the boys basketball state playoffs had been canceled over concerns related to the coronavirus.

Mother McAuley Athletic Director Laurie Jakubczak said that schools, coaches and athletes are doing their best to stay positive in these trying times.

“It’s an unknown for everybody. That’s still the case,” Jakubczak said. “We made the decision to close the school for 2 weeks. For the safety of the kids, it just made the most sense to stay home.”

With the hope that spring sports could possibly return in late April or early May with a condensed regular season and postseason, the athletes continue to work out on their own, living the self-distancing lifestyle that will hopefully limit the spread of the virus.

Russell complimented John Griffin, St. Rita’s strength and conditioning coach, for helping the Mustangs’ student-athletes work out at home with an organized regimen.

Many teams and individuals have taken to social media to show their athletes improvising at home with creative workouts.

“I’m not a fan of social media, but it’s been a huge positive here,” Russell said with a laugh. “We’re keeping in contact with the kids. Griffin has posted workouts, and you try to keep going as much as possible. You want to stay active, albeit from a distance.”

In the meantime, Jakubczak and the McAuley spring coaches continue to encourage their student-athletes.

“There are so many day-to-day changes. We’ve never seen this before,” Jakubczak said. “We’ll wait to see what happens, but health is the key.”