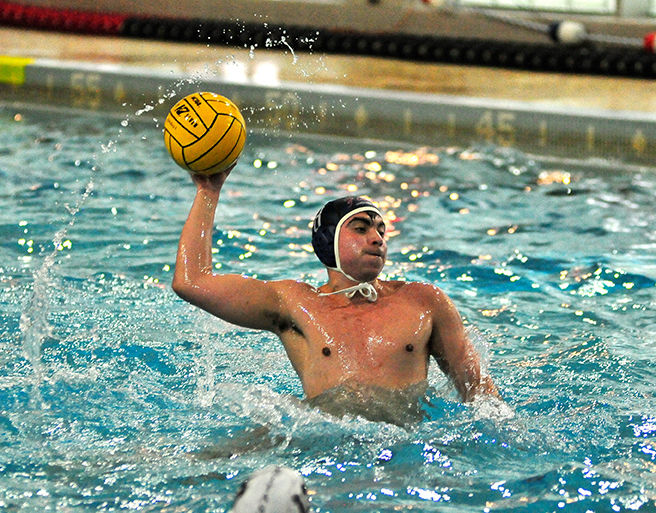 Senior Danny Burns was a four-year varsity starter for the St. Rita water polo team. The Mustangs finished 26-6 last year and were poised for a big campaign before the COVID-19 pandemic canceled the spring season. (Review file photo) 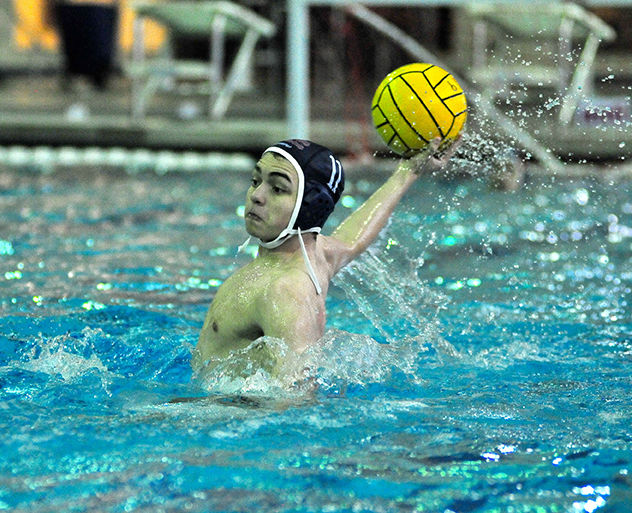 Senior Chris Jimenez was a go-to player for St. Rita in his varsity career. Jimenez started all four years on the varsity squad. (Review file photo) 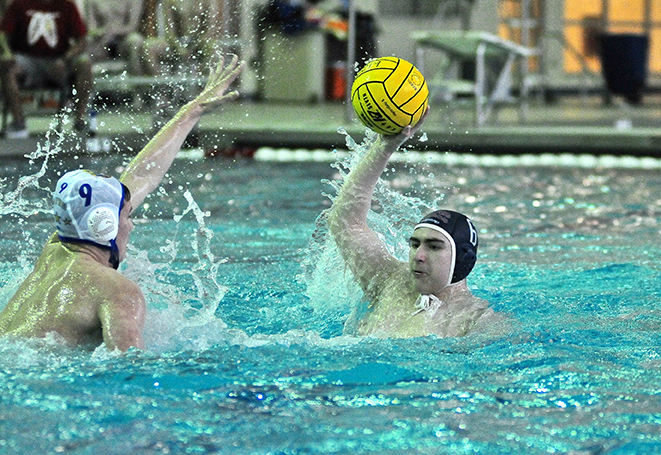 Senior Danny Burns was a four-year varsity starter for the St. Rita water polo team. The Mustangs finished 26-6 last year and were poised for a big campaign before the COVID-19 pandemic canceled the spring season. (Review file photo)

Senior Chris Jimenez was a go-to player for St. Rita in his varsity career. Jimenez started all four years on the varsity squad. (Review file photo)

This was going to be it, the big breakout year where it all came together.

In his freshman year, the Mustangs won just 9 games. The next year, a bit of success, it won 15.

Everything was building to his senior year. And then, it wasn’t.

Like high school athletes across Illinois, Burns saw the Illinois High School Association (IHSA) cancel the spring season due to the COVID-19 pandemic.

“It was devastating, especially for this big senior class,” Burns said. “We had really helped build this team up. We went from 9 wins as freshmen to 26 wins last year. You put all the hard work in, and you want to put that work to the test. We felt like we had a great chance to win state, so this has been tough.”

Sectional championships would have been held May 16 with bids to the state finals tournament on the line. Stevenson High School in Lincolnshire would have played host to the tournament May 21-23.

For the Mustangs, Burns was one of four seniors who had been on the varsity since freshman year, including Nathaniel Cruz, Chris Jimenez and Mauricio Reyes-Binfa.

As St. Rita’s seniors wrapped up their e-learning last week, Jimenez could not help but think about what the team could have been doing—competing for a sectional title.

The Mustangs lost to state powerhouse and sectional host Lyons Township the last two seasons in the sectional championship, including a 10-8 heartbreaking loss in 2019. He’s been thinking about what could have been

“It has definitely been on my mind,” Jimenez said. “We felt like this team could have won the Catholic League and made a big jump to the state tournament. All those relationships we’ve built, it’s tough to see it taken away like this.”

St. Rita finished 26-6 in the 2019 campaign and returned almost its entire roster this season.

The boys and girls water polo seasons both started on March 9, a week before all other high school sports can compete in games.

While teams in other sports across Illinois were still practicing, St. Rita was actually making a statement win. The Mustangs went on the road and won a convincing 9-4 match at Fenwick, another perennial state power that has 10 state championships and 15 state trophies since 2002. The win over the Friars was the first in St. Rita water polo history.

It wasn’t the way the Mustangs wanted their year to end, but the quality of the victory showed that St. Rita was going to be a force to be reckoned with during postseason matches.

“I was really proud of our improvement over the years and just our will to keep going,” Reyes-Binfa said. “We kept working through things and overcoming. That Fenwick win, it felt amazing. It showed what we could have done. We got the adrenaline pumping, and the feeling was out of this world.”

Reyes-Binfa and Burns are both Mt. Greenwood Elementary graduates.

Burns knows the Mustangs Class of 2020 didn’t have things go like they planned, but he knows the groundwork has been laid for future teams.

“You can’t change what happened. We won’t get a Senior Night match against Whitney Young. We won’t close out those last few home games,” Burns said. “But, we built from that freshman year. We learned the hard way.”