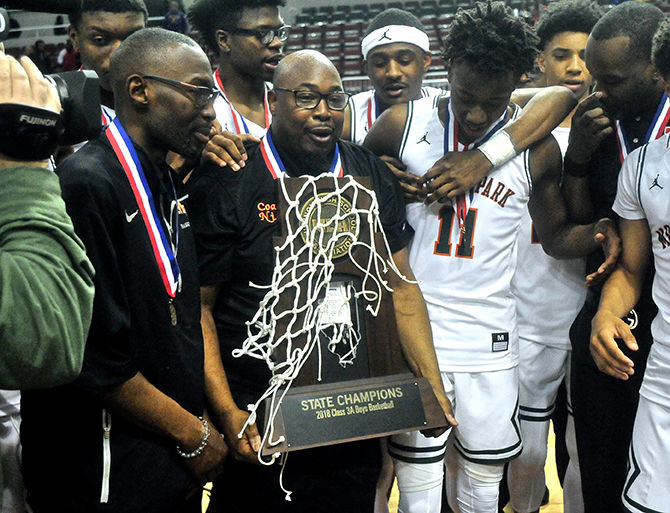 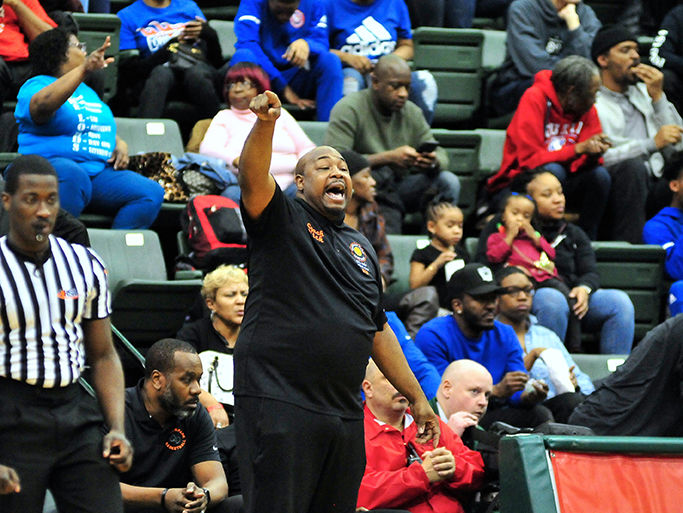 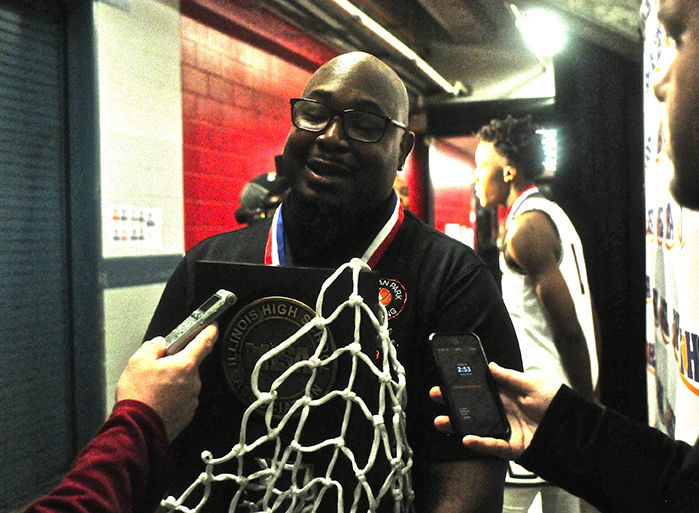 The Mustangs won state titles in 2013, 2014, 2017 and 2018 under Coach Nick Irvin. Morgan Park was poised to chase another state title before the Illinois High School Association canceled the remainder of the boys basketball state playoffs due to the COVID-19 pandemic. (Review file photo)

The Mustangs won state titles in 2013, 2014, 2017 and 2018 under Coach Nick Irvin. Morgan Park was poised to chase another state title before the Illinois High School Association canceled the remainder of the boys basketball state playoffs due to the COVID-19 pandemic. (Review file photo)

In 12 standout seasons coaching at Morgan Park High School (MPHS), Nick Irvin turned its boys basketball program into one of the state’s best.

The Mustangs won four state titles. They won the Chicago Public League (CPL) championship in 2010. Waves of MPHS players were recruited to play at the collegiate level.

However, for Irvin, the prospect of coaching college basketball was always on his mind. He wanted to coach at the next level, and now he’ll get his chance.

Western Illinois University (WIU) announced on May 14 that Irvin had been hired as an assistant on Coach Rob Jeter’s staff. Jeter is in his first year as WIU coach.

“I’ve been thinking about coaching in college for a little while now,” Irvin said. “When Rob got the job, he reached out. My mom and dad, for me, it was always a goal to coach in college. They wanted it, and I wanted it. This is for them and me.”

The state titles, wins and accolades were all memorable for Irvin, but they are not at the top of his list as he leaves MPHS.

“It was so tough to leave, just really tough,” Irvin said. “It was a great 12 years. We built some great relations. We started from the bottom, and we made it to the top.”

WIU has fallen on rough times in recent years; it last had an above .500 record in the 2012-13 season. The Leathernecks finished 5-21 last season.

“It’s a great day to be a part of Western Illinois,” Irvin said. “We’re going to turn this program around. We want to take guys who want to be here and want to win here.”

In his time at MPHS, Irvin coached many players who went on to compete collegiately, including his Mt. Rushmore of Wayne Blackshear (Lousville), Billy Garrett (DePaul), Charlie Moore (DePaul) and Ayo Dosunmu (Illinois).

Two-time Illinois Gatorade Player of the Year Adam Miller has officially signed his National Letter of Intent to play at Illinois.

“It’s always about building relationships with the players,” Irvin said. “I’m excited about the challenge. The goal for me, I want to win a national championship. That keeps me going, to be able to show my mom and dad I did it, that I checked another thing off the list.”

The Mustangs were scheduled to face Kankakee in the Class 3A Thornridge Sectional championship on March 13, but the remainder of the boys basketball state series was canceled due to the COVID-19 pandemic.

At WIU, Irvin will again get the opportunity to coach MPHS alum Cam Burrell, a 2018 Morgan Park grad. Burrell was a starting forward on the 2017 and 2018 state championship teams. Burrell announced on April 5 that he will transfer to WIU from Highland Community College.

Irvin can’t wait to step up to the next level.

“I’ve always loved college basketball,” Irvin said. “I’ll pick the brain, call and talk to lots of coaches. You get to know the game better, so I’m reading up on the rules and learning lots of things. We’ll be someone to be reckoned with. I’ve been a winner wherever I’ve been. I’m not going to change that now.”

The MPHS Local School Council will meet virtually May 20.

“We’ll put a search committee together, probably 5 to 7 people,” Berger said. “We’ll set up a timeline and go from there.”

The decision will be important as MPHS looks to continue the program’s dominance that Irvin helped create over the last 12 years.

“When Nick got here, we weren’t a consistent city power, not even a consistent winner,” Irvin said. “If we want to stay in the [CPL Red-South], the toughest conference in the state by far, we need to get the right coach in there right now.”