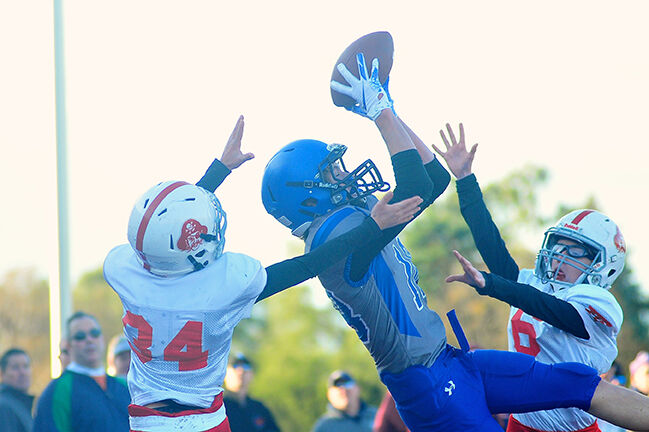 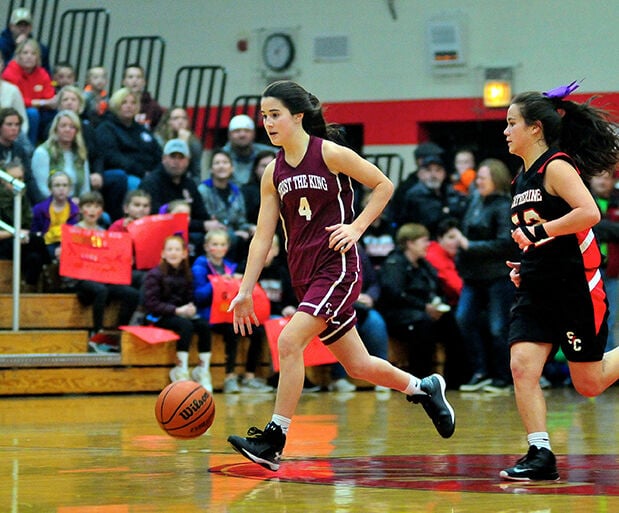 Christ the King eighth-grader Betsy Bracewell leads a fast break in last year’s Southside Catholic Conference Gold Ball championship game. The girls basketball season is typically a fall sport but has been moved to winter. The season is scheduled to start in February. (Review file photo)

Christ the King eighth-grader Betsy Bracewell leads a fast break in last year’s Southside Catholic Conference Gold Ball championship game. The girls basketball season is typically a fall sport but has been moved to winter. The season is scheduled to start in February. (Review file photo)

As the executive director of the Southside Catholic Conference (SSC), Tim Bush is ready for the start of 2020-21 athletic competitions for local elementary schools.

He said the conference is scheduled to begin its altered calendar starting in November with the boys basketball and girls volleyball seasons.

The SSC has been a staple in South Side sports since it was formed in 1956 as the Southwest Catholic Grammar School Conference.

When it became obvious that the typical fall sports, football and girls basketball would not go off as planned due to the current health crisis, Bush and the SSC executive board went about revising the sports calendar.

The plan included moving the boys and girls golf season to the fall from its normal late-spring schedule.

Bush said the conference was ready to start the golf season the first week of October, only to hear from the archdiocese on Sept. 17 that live competitions were not yet allowed for its schools.

“We were ready to move golf. We talked to the courses,” Bush said. “We were prepping like we were going to play like normal until we had heard the season had officially been approved or canceled to play.”

The SSC has adjusted its overall schedule in a format similar to the Illinois High School Association’s realignment of its calendar.

Boys and girls basketball are scheduled to start in mid-November. The season will continue into February.

Football and girls volleyball will follow in February, March and into April. Boys volleyball and the boys and girls golf seasons will then be held. Dates have not been finalized as SCC board members wait to see what governmental decisions are made in the coming months.

However, the plan is to have athletes playing sports as soon as it is deemed safe.

“We need some good news out there,” Bush said. “The kids want to play. There is a risk, some danger out there, but safety comes first. We’re going to play it safe. People are cautious right now. It’s a microcosm of what everyone is going through right now. We plan to be ready.”

Bush said that all safety protocols will be followed if and when the basketball seasons begin, potentially in November. Attendance will likely be limited for the indoor events.

“We’ve got a tentative schedule, but it could all change,” Bush said. “Who can come to the games, maybe parents only, and we’ll limit it as much as we can. We’ll go by all protocols that are already going on within the school. We’re holding out hope we can start on time and play winter sports.”