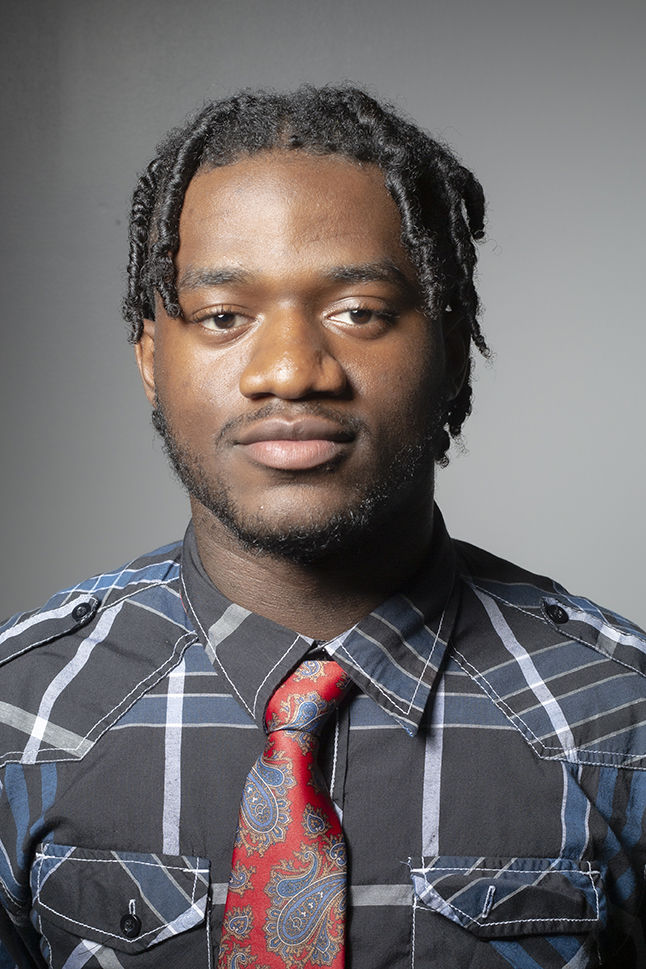 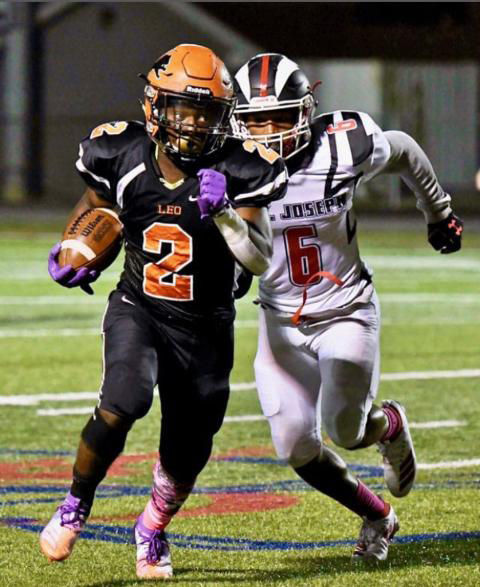 Jalen Johnson will be a featured running back for the Leo Lions this season. He will also see time on defense at linebacker and safety. (photo courtesy of Impromptu Images)

Jalen Johnson will be a featured running back for the Leo Lions this season. He will also see time on defense at linebacker and safety. (photo courtesy of Impromptu Images)

Johnson is a 5’8”, 185-pound senior running back for the Lions football team. He will also see time defensively, playing linebacker and safety. He is in his third year on the Leo varsity team. A Roseland resident, Johnson also played for the Evergreen Park Stallions in elementary school. He plans to play football in college.

How confident are you in the fall season being played?

“I feel like we’re going to play. Everybody is trying to take the right precautions. We got tested at practice, and we’re using hand sanitizer all the time in the weight room or when we’re using the equipment. We’re being safe and careful and getting in our work. We plan on playing.”

“Practicing again, it was very exciting. It feels like we’ve been apart forever, and we were all trying to keep ourselves sane. To be back with the guys and getting to know our young guys at practice, it meant a lot.”

Was that first practice on the turf pretty rough?

You’ll be playing offense and defense?

“Both sides. We’ve got a lot of young, athletic players. I’ll be playing running back, but our junior Marcus Ray is a very athletic kid at running back, too. We want to get back to the state playoffs. We haven’t done that in a while, so it would mean everything. It’s very important for us, especially our seniors.”

Are you a big football fan in general?

“I’m all in on football. I mostly watch college and high school, but I watch a lot of NFL games, too. I’m very tuned in. Personally though, I’m a Packers fan. If the Bears and Packers are playing, I have to watch on the other side of the house from my family.”

Are you a Packers fan?!

“I’ve been a Packers fan for a while. When I first started watching football when I was little, it was Peyton Manning and the Colts. Then Brett Favre and the Packers. Now it’s Aaron Rodgers. I guess I’m a rebel to be a Packers fan.”

Who starts for the Chicago Bears in Week 1, Mitch Trubisky or Nick Foles?

“I have absolutely nothing behind this, but Jay Cutler. I’ve got a feeling. Week 1, it will be Jay leading the charge.”

“Horror is my genre. I watched a lot of ‘American Horror Story’ on Netflix during the quarantine. There are so many good horror movies. I really like ‘Nightmare on Elm Street,’ the original, and ‘Friday the 13th.’ For newer ones, I liked ‘Truth or Dare.’”

Who wins a showdown between Freddy Krueger and Jason Voorhees?

“Yeah, if it’s not horror, I go with action movies. ‘Fast and Furious,’ ‘The Expendables’ and recently ‘Jack Reacher. I can’t forget ‘John Wick,’ too. You can’t go wrong with Keanu Reeves as John Wick.”

“I don’t have one favorite. I like spring and summer holidays, though, where you can be out barbecuing and out, like the Fourth of July. You can eat and talk with friends and family. I love winter. I’d rather be cold than hot, but I like those cool, mellow summer vibes.”