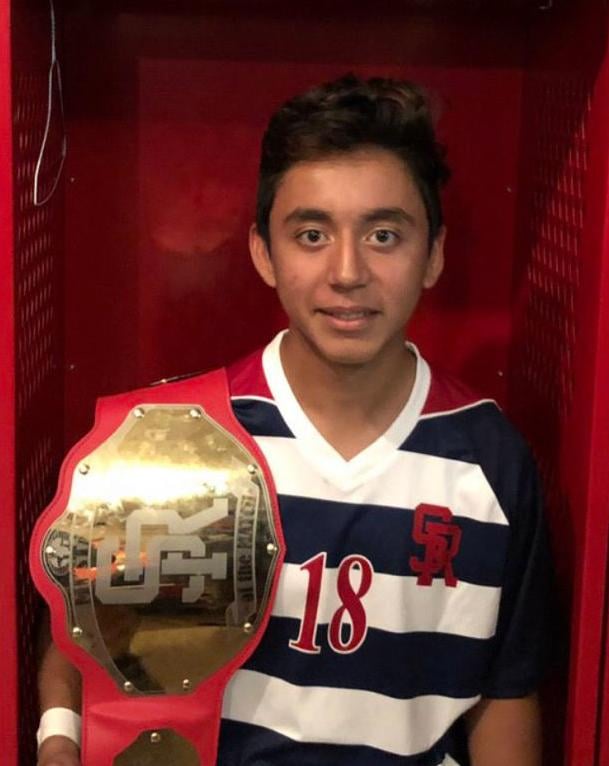 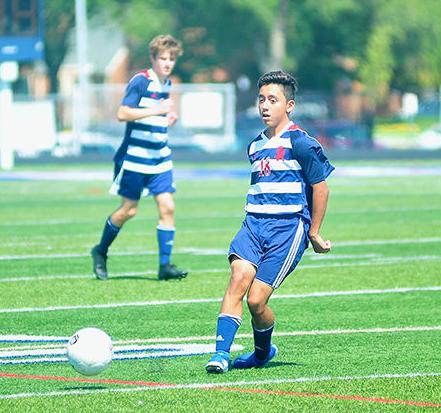 Flores is a 5’5” center midfielder for the St. Rita soccer team. Helping lead the Mustangs to the program’s first regional title since 1990 as a junior, Flores finished with 8 goals and 18 assists. He was also a team captain. He has been on the varsity team since his freshman year. Flores is a Matteson resident and Colin Powell Middle School graduate.

What was the biggest takeaway from last season?

“The biggest thing last year was seeing how far the program has come since my freshman year at St. Rita. I’d talked to the juniors and seniors in the classes ahead of me, and they said the same. I really like being part of that change and that success.”

How has the program taken steps forward?

“It’s the talent and the work ethic. You can see how bad guys want it and how far we want to go as a team. That success, it’s been fun.”

Any thoughts on the fall season?

“I think we will be able to play for sure. Especially with the new stages coming along, yeah, we’ll play.”

How’d you pass the time in quarantine?

Who’s your favorite character on ‘The Office’?

“Near me, Giordano’s. My favorite pizza is in [Whiting, Ind.]. It’s called Capri’s. That’s definitely my favorite pizza. I like cheese pizza, and throw on some pepperoni, too.”

“I’m a big fan of the ‘Harry Potter’ series. I love the whole thing. I can’t pick one favorite. It’s hard to pick just one movie. I haven’t read the books, just watched the movies.”

Are you a big soccer fan?

“I follow the Premier League, and my favorite team is Manchester City. As I grew up and got into watching soccer, I’d watch them all the time. My favorite player is Kevin De Bruyne. I like the way he plays and the style he has. He plays the same position I do, so I look up to him and how he plays.”

Are you big with social media?

“The ones I use the most are probably TikTok and Snapchat, but my favorite is Facebook. It’s hilarious. People post the most random things, so I love scrolling through all the posts.”

“Dinner. I’d pick tacos. There’s a place by the University of Illinois-Chicago called Atotonilco. Those are my favorite tacos. Of all the other spots, this one has the best flavor.”

“Christmas. I love winter. It’s my favorite season. Christmas is Christmas. You get some gifts and get to see your family. My favorite present, I got a Double Bubble gumball machine as a kid. My parents get me new gumballs every year. I’d always wanted one as a kid. I still have it.”

“I like the Marvel movies, the Avengers. My favorite is Doctor Strange. I like his ability to move through time and in different dimensions. In ‘Infinity War,’ I liked his story with the Infinity stones.”

What are you most looking forward to for your senior year?

“I’m looking forward to getting farther in the postseason than we did last year. Also, our rivalry-cup games with Providence and Br. Rice.”