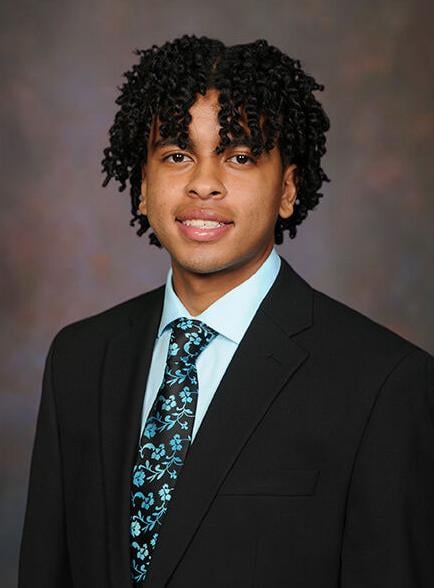 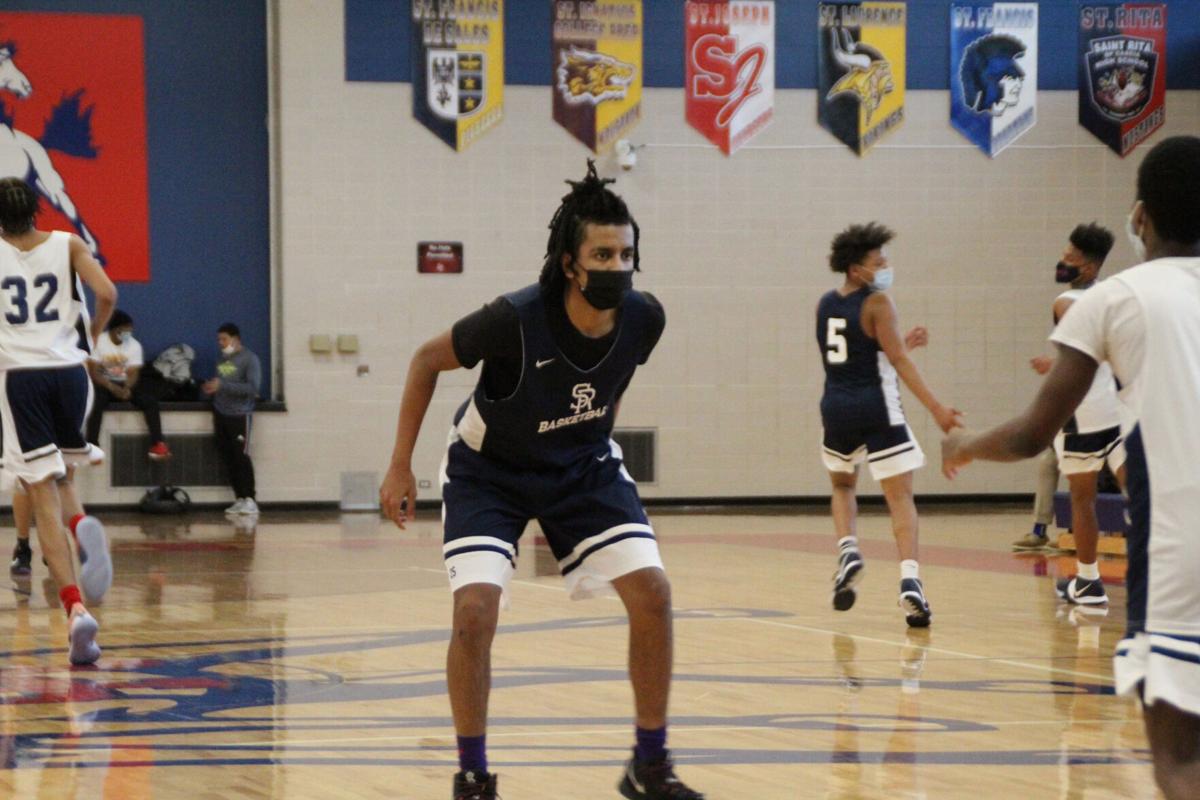 St. Rita senior guard Elias Morris plays defense in a scrimmage during a recent practice. Morris is a key player off the bench for a Mustangs squad with a ton of youth on its roster. (photo courtesy of Rob Gallik, St. Rita Athletics)

St. Rita senior guard Elias Morris plays defense in a scrimmage during a recent practice. Morris is a key player off the bench for a Mustangs squad with a ton of youth on its roster. (photo courtesy of Rob Gallik, St. Rita Athletics)

Elias Morris a 6’2” senior guard/forward on the St. Rita basketball team. He grew up in Morgan Park and attended St. Walter Elementary School. He recently moved to Oak Lawn. Morris is a key player off the bench for a Mustangs squad that features uber-talented freshmen and sophomores. Morris has received interest from a handful of colleges and hopes to continue playing basketball at the collegiate level.

Glad to be back on the court?

“It was definitely a relief to play. We didn’t know if we’d play all year. Playing 15 games, it’s something. We want to go out as the best team in the Chicago Catholic League (CCL). Winning the CCL, that’s the No. 1 goal. We want the seniors to go out right, the whole team really.”

What’s the energy like with all the talented underclassmen?

“It’s fun to be around this group and watch them grow already. We played some in the summer when the IHSA cleared it, and you could already see the growth since then. It’s going to be fun watching them grow this year and beyond after these seniors leave.”

Hoping to play in college?

“I definitely want to play next year. I’ve taken some calls, and I’ve talked to a handful of coaches at the Division III level. I’ll probably make the decision after the season.”

Describe yourself as a player.

“I’m a hard worker. I’m going to come in every day with that mindset to play as hard as I can. I might not be scoring all the time, but I’m going to be scrappy and do all the little things that help to win games.”

What’s the best advice for your young teammates?

“They all play really hard, but just play as hard as you can. You have to take advantage of all the opportunities you can and run with it. Watching them grow, they’re going to be special.”

How special were those first games back for you as a senior?

“My eyes just lit up. I don’t want to take anything for granted. I’m playing each of these games like it’s my last. I’m working as hard as I can.”

If you’re not playing basketball, what are you up to?

“I’m a big video game guy. I’m playing ‘Call of Duty,’ ‘NBA2K,’ ‘Madden.’ Those are the big ones. I’ve still got a Playstation 4. I’m trying for a PlayStation 5, but that’s almost impossible. I’ve always been a PlayStation guy since I started playing in the second grade. ‘2K’ is the only game I really stay on.”

Who’s your go-to player/team in ‘NBA2K’?

“I created my own player where you can play in a rec league, 5 on 5, with your friends and play people across the world. I play with one of our managers, Reggie Sykes and Christian Henry and some of the other guys from school. The player I created is like 7’2”, 280 pounds, a Shaq knockoff. I can just bully people.”

If you’re watching basketball, do you like professional or college?

“The Bulls are my No. 1 team. It’s been fun watching them this year, but I don’t know what to root for, win games or lose the games and [get a better draft pick]. It’s fun watching Zach LaVine and Coby White. For college, I’ve been watching Illinois a lot.”

Are you a big Illini fan?

“I got more interested once [Morgan Park High School grads] Adam Miller and Ayo Dosunmu went there. They’re fun, and throw in Kofi Cockburn, too. It’s more fun with the local connection. I think they can make a big tournament run. With Ayo and Kofi, they’ve got good leadership.”

Excited for the NCAA Tournament?

“I’m a big March Madness fan. I love picking the brackets and getting the bragging rights around the house. My mom [Isela] has won the last three years at home, so I’m hoping I can win it this year.”

Back to the video games, what’s your Madden resume?

“I’ll play with my younger brother [Ethan] and older brother [Zeke] a lot where I’ll play with the Bears. I like the Cardinals, too, and DeAndre Hopkins with Kyler Murray. That game this year with the ‘Hail Murray’ pass, that was so fun to watch.”

“Not too much, but I catch myself on my phone a lot. Like everybody, I’m on Instagram and TikTok a lot. I’m more of a lurker than someone posting a lot.”

“When we were in Morgan Park, my favorite was Waldo Cooney’s. Since we moved over to Oak Lawn, though, I’d say Palermo’s. I’ve fallen in love with their pizza. I usually go with sausage and cheese. My mom picks more the veggie-style pizza.”

Who are your favorite players in college or pro?

“Marcus Smart [Boston Celtics], Patrick Beverley [Los Angeles Clippers] and Jimmy Butler [Miami Heat]. I really appreciate the game they play. They’re playing hard every chance they get. They’re scrappy players, and that’s how I model myself as a player.”

Are you a winter fan or are you counting down the days to summer?

“I was out shoveling a lot today. I like the winter, but not recently, just too much snow.”

Got any Netflix recommendations?

“I’ve been watching ‘Tiger King’ recently. I’m on the last episode. That guy, Joe Exotic, is crazy. I felt like he’s making stuff up about everyone else, like Carol Baskin and her husband. It’s all pretty crazy.”