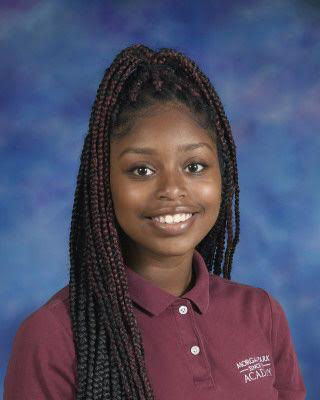 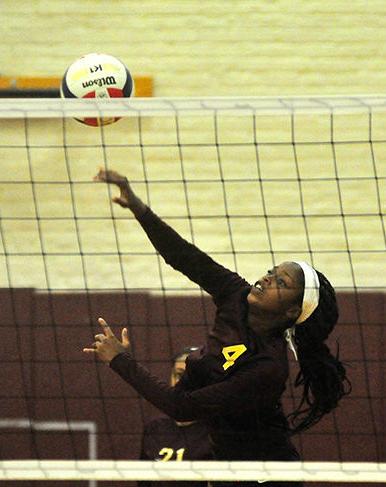 Alexus Spann has been a member of the Morgan Park Academy varsity volleyball team since late in her freshman season. She is a key outside hitter for the Warriors. (Review file photo)

Alexus Spann has been a member of the Morgan Park Academy varsity volleyball team since late in her freshman season. She is a key outside hitter for the Warriors. (Review file photo)

Spann is a 5’4” senior outside hitter on the volleyball team at Morgan Park Academy. Last year as a junior, Spann was a key hitter for a Warriors squad that won a Class 1A regional title, the program’s first since 2016. She has been on the varsity since late in her freshman season. Spann is a South Holland resident and McKinley Junior High School graduate.

What’s a big goal for your senior season?

“I want to have a lot of fun my senior year. We want to do as well as we can and better than last year. We want to win a regional and a sectional and go all out. As a senior, it’s our last chance to play together.”

Has the team kept in touch during the quarantine?

“We’re kind of worried about the fall season, but we’re hoping for the best. We’ve all been communicating and keeping in touch, and our conditioning practices start right after the Fourth of July. We’ve worked out together some, and we’re really hoping to have the season.”

“I have been playing volleyball since the sixth grade. It’s just a sport I’ve always been attracted to. It came naturally to me, and it is really fun to play. It’s more of a team sport than a 1-on-1 sport. You need the whole team. That caught my attention.”

How did you stay busy at home during the quarantine?

“I watched a lot of shows, did a lot of conditioning, I drew some and watched Netflix. I watched [the 2017 version] of ‘Dynasty.’ That was really good. I watched ‘Criminal Minds’ again, too. I like all the characters.”

Have you always been an artist?

“I started off drawing in grammar school. It’s really fun. I started doing it when I was bored. My sister is a graphic designer, so it runs in the family.”

Do you have a favorite movie?

“Two, ‘Brotherly Love’ is about a family where the father dies and the mom is addicted to drugs. There is a lot of stuff going on, but it’s really good. The other is ‘Love and Basketball.’ Ever since I was a kid, it grabbed my attention. I love romantic movies.”

“Spaghetti, my mom’s spaghetti just tastes different, just tastes better than anybody else’s. It doesn’t taste the same. She won’t tell anyone what she does, though. It’s with red sauce, some cheese and ground beef.”

“I’m a dog person. I grew up with dogs in the house. We have two now, a bullmastiff named Lucky and a Shih Tzu named Lucky.”

Are you a social media fan?

“If I’m bored, I’ll go on social media, especially TikTok. I’ll watch my friends’ videos. I do the videos and dances, but I don’t post them.”

“Yes, we were supposed to travel to Ireland this spring, but we weren’t able to because of the coronavirus. I was so devastated. Seeing new people and doing different things are fun. My favorite trip was to Florida to Disney. It was beautiful there and just so much fun. Mickey Mouse has always been my favorite.”

“I’d say either Christmas or New Year’s. Everyone gets together, and we have a big group in the family. Me and my sister used to do a dance each year. I stopped dancing, though, because it interfered with sports.”