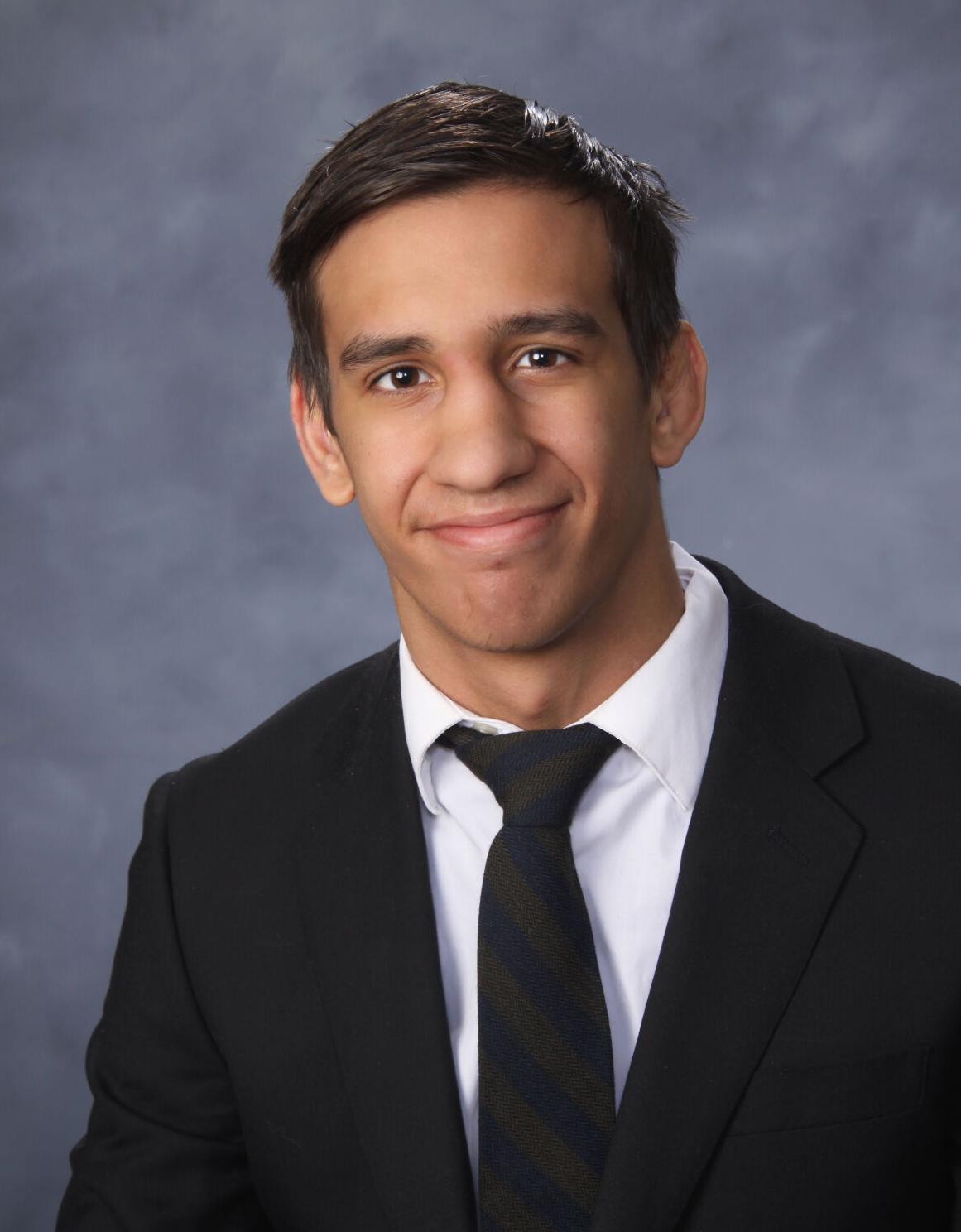 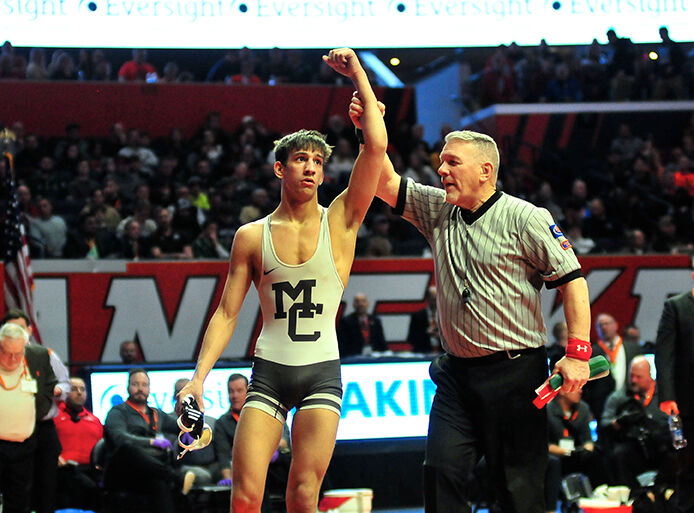 Mt. Carmel wrestler Noah Mis celebrates his state championship at 132 pounds last year as a junior. Mis is a three-time state qualifier for the Caravan. The wrestling season has been pushed to the late spring but will not feature a state series. (Review file photo)

Mt. Carmel wrestler Noah Mis celebrates his state championship at 132 pounds last year as a junior. Mis is a three-time state qualifier for the Caravan. The wrestling season has been pushed to the late spring but will not feature a state series. (Review file photo)

Noah Mis, a senior wrestler for Mt. Carmel, won the 2020 Class 3A state championship at 132 pounds, completing a dominant junior season. He is a three-time state qualifier. Mis expects to make a final decision on his college choice by the end of February. The wrestling season has been pushed back and will start in mid-April and continue into June. No state postseason series will be held.

Has it been a weird winter with the wrestling season pushed back?

“Not too weird, I’ve been blessed that Mt. Carmel Coach Alex Tsirtsis runs his own wrestling club, Region Wrestling Academy, so I’ve been able to practice there a couple times a month. I’m still wrestling.”

What weight do you plan to wrestle at for your senior season?

“138 pounds, I went in thinking 132; but, the season got pushed back, and I got bigger. So, I’m going to bump up. I grew a couple inches this year, too, so I filled out a little more. I try to go to Region Wrestling, and even if it’s cold, I try to make time and go out and run. I do what I’ve got to do to stay in shape.”

It will be a unique spring wrestling season, any specific goals?

“It’s going to be a lot different, but I want to be the best I can be and go out and have as much fun as possible. It’s my last high school season, so I want to enjoy it.”

Feeling any pressure to step up as a senior leader?

“I can’t believe it’s already my senior year. I felt by my sophomore year that I was leading by example as much as I could. We had a great captain that year in Kendall Coleman [now at Purdue]. You work hard to show the younger kids and hope that rubs off on them. I’m more vocal this year. I look forward to that. Mt. Carmel is one of the top programs in the state. You’ve got to produce individually to keep your spot in the lineup.”

Why is wrestling your favorite sport?

“I’ve been wrestling since I was 4 years old. My mom got me into it so that I could learn to defend myself. I kept getting better. I like the individual side of the sport. It’s all on you. If you lose, it’s on you. You do your work and don’t rely on anyone else.”

How have you improved as a wrestler in high school?

“I’ve had some great guys in front of me who helped me, Kendall Coleman and Colton Drousias [now at West Virginia]. They showed me that wrestling is a 24/7 thing. Technically, as a wrestler I’ve gotten better. My mindset has gotten better. [Tsirtsis] is always telling me to score more points. He hounds me, ‘Score those points,’ so it’s ingrained in my head now.”

“Football, I’m a big Green Bay Packers fan even if I’m from the Chicago area. Basketball, too, I like playing basketball with my friends.”

A Packers fan?! That’s blasphemy in this area.

“When I was young, I was looking for a team. I decided the Packers, and I stuck with them. I think you keep Aaron Rodgers. He’s one of the top quarterbacks in the league, so build your offense around him, maybe get him some help at wide receiver and not draft a quarterback in the first round, re-sign Aaron Jones, too.”

Do you play basketball more than watch it?

“I love to play basketball. I’m not good, but I love to play. It’s less stress on your body. I’m the Dennis Rodman type. I’ll go for 25 rebounds, a couple steals. I always play defense.”

“White Sox, I’m not a big baseball fan, but my friends are a lot of South Side kids. I side with them.”

When making weight isn’t an issue, what’s your splurge meal?

“Steak ’n Shake ever since I was growing up. It’s tradition. I’ll get a Frisco melt after a big tournament with some fries, maybe a shake. It depends. I’ll usually get a chocolate shake, maybe with some M&M’s or Reese’s.”

How tough is it to consistently make weight in-season?

“PlayStation, I don’t have the money for the PS5. I’ll play the PlayStation 4 until it breaks. I play any sports game.”

Pick a super power you can have.

“Invisibility, you can use it in a lot of ways, get into more mischief and have some fun.”

“A couple guys crack me up. Zack Rotkovich and Connor Gaynor are really funny, but I’ll say Caleb Drousias. When we hang out, he always does something that’s really funny.”

A teammate wins a huge match, who’s got the best celebration?

“Gaynor, for sure, when he wins a big match, he’s pumped up, yelling and flexing after the win.”

What song do you listen to before a match to get the adrenaline going?

“I pick ‘You Belong With Me,’ by Taylor Swift. I’ve been a big T-Swift fan since I was a kid listening to her on the radio. Kids make fun of me for it, but I’m not a big rock fan.”

“Halloween, you can eat candy; and, it’s right before wrestling season, so you’re not worried about weight. Christmas and Thanksgiving, it’s tough. You can’t eat food. It’s more mental training to get through it.”