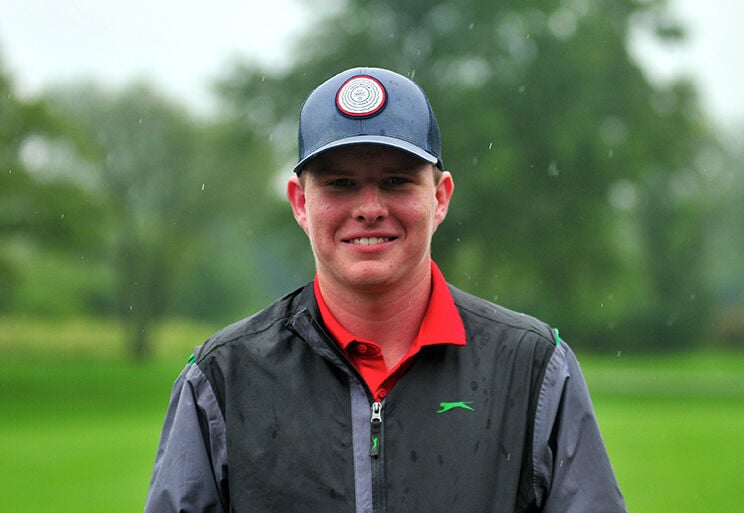 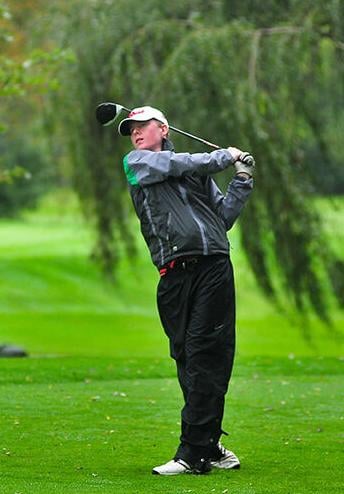 McKillop is a senior golfer in his fourth season on the varsity for the Mustangs.

He is still weighing his options on where to go to college, including whether he will play baseball, golf or both if possible.

His father, Gerry McKillop, is from Ireland, and the McKillops usually visit family who still live there every year, but the health crisis prevented that and their plans to join the celebration of Liam’s grandmother’s 90th birthday.

On a previous visit, Liam played Royal Portrush, which is near his relatives’ home. The round started great, but not so much the finish.

Playing at the St. Rita Invitational on Sept. 12 at Glenwoodie Golf Club in his first round of the season, McKillop shot an 80.

Your junior baseball season was canceled due to the health crisis, but your senior golf season is back on. How have you handled a crazy six months?

“It’s been a crazy year. You work so hard to get ready for the baseball season, and it gets taken away from you. You try and look ahead and stay positive. That’s the most important. We were gifted with a golf season, so take the good with the bad. There is still plenty to look forward to.”

How are you juggling baseball and golf recruiting?

“I’m not 100-percent sure yet. It depends how the baseball season goes. Right now, I’m leaning more toward baseball, but that can change quickly. It will depend if we even get a baseball season. It’s all over the place. Recruiting is so messed up. Coaches couldn’t come to games. It’s tough, so I’m looking forward to the spring. You hope you get eyes on you at the right time and maybe something happens.”

“Probably Royal Portrush in Northern Ireland. I got to play there two years ago. It was awesome. That’s where the British Open was last year. My dad is from Northern Ireland, so it was a family trip. The course is right by where he grew up.”

Do you watch much professional golf on the weekends?

“I watch a little bit, as much as possible, and usually tune in every Sunday. I try to. I like Rory McIlroy because he’s from Northern Ireland. I like Shane Lowry and Ricky Fowler, too.”

“Actually at Portrush, I hit a 70-foot birdie putt on the first hole. Then I bogeyed or double-bogeyed the other holes. I got off to a great start, and it was downhill from there.”

Does the family travel to Ireland often?

“We usually go for two weeks every year. My dad is the only one from his family who moved to the states, so we try to go every year. We haven’t been able to get back this year. We missed my grandma’s 90th birthday. It sucked.”

“My mom [Kathy] and sister [Aine] are both gluten-free. So nine times out of 10, we probably go to Nino’s or Palermo’s. Both are pretty good. Wise Guy’s Pizza is pretty close to me, right up the block. I live right there, so it’s easy to run down there. I go with pepperoni. You can’t go wrong.”

“That’s tough. I like Jennifer Aniston. I like ‘Friends.’ It’s on after school, so I can come home and throw that on. Overall though, I’m more of an ‘Office’ fan.”

“I love Michael. The show took a big turn after he left. I could barely watch the eighth and ninth seasons. It’s a generic answer, but it’s a great show. Probably the best show ever.”

Do anything interesting during the quarantine?

“When the courses shut down, I’d try and at least get on a practice green or something. I was out cutting grass with some of my St. Christina friends. That passed the time pretty good.”

Any goals for your senior golf season?

“After our two-week hiatus, I’m happy to be back out playing in a tournament. A round like this where I shot an 80, it was bad. You never know though [about the postseason]. Maybe we can get something going.”