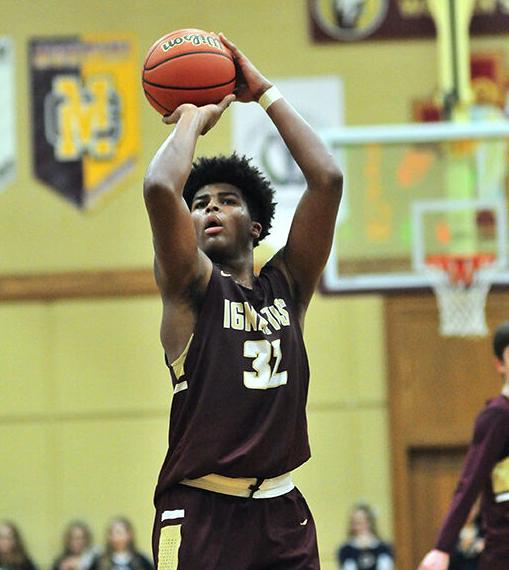 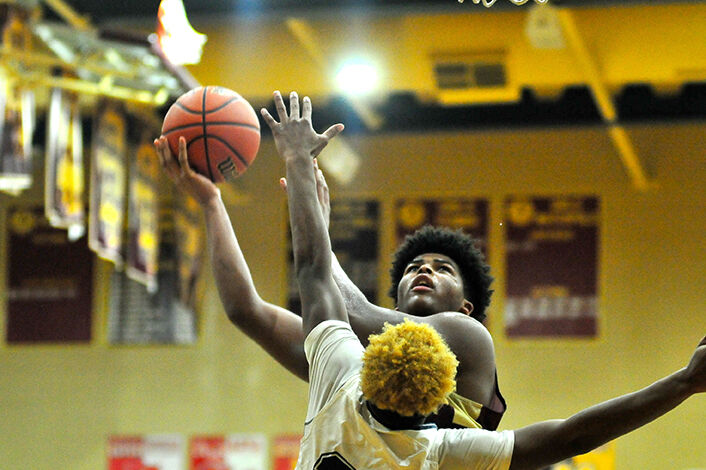 St. Ignatius forward Kolby Gilles goes up for a shot against DePaul Prep in the sectional semifinal last year. Gilles is in his junior year and will be a key performer for the Wolfpack in the upcoming season. (Review file photo)

St. Ignatius forward Kolby Gilles goes up for a shot against DePaul Prep in the sectional semifinal last year. Gilles is in his junior year and will be a key performer for the Wolfpack in the upcoming season. (Review file photo)

Kolby Gilles is a 6’5” junior guard/forward for the St. Ignatius basketball team. He was a key member of the 2019-20 team that advanced to a Class 3A sectional championship game only to see the remainder of the state series canceled due to the pandemic. Gilles is a Hyde Park resident who attended the University of Chicago Lab Schools in elementary school. Like all sports across the state, boys basketball is currently paused with no set schedule for the season.

How have you handled the last 10 months?

“It was a really depressing end to the season. The playoffs were cut off so suddenly, and we hadn’t lost as we went after out first sectional title in years. No basketball, no gyms, it was tough. Over the summer, I was able to play in a couple tournaments. When our season [this year] was postponed, it’s just been so up and down. It’s tough to stay motivated, but you make it work at home or the gym when you get the chance. That’s kind of the general theme for everybody.”

Any strong thoughts on the upcoming season?

“I wouldn’t say strong thoughts, but there is hope. It will be all about the number of cases out there. If they go down, hopefully, we can play. If we do get to play, it sounds like there’s a set plan in place. It would only be a matter of time to go.”

How did the team respond to the end of the state series being canceled?

“That first week was really weird. We went from having a big game scheduled Friday for the sectional where the gym would be packed to no fans to can we even play later? It was all weird to process.”

Have you enjoyed the return of pro and college sports?

“I loved the NBA playoff bubble coming back. I liked watching the playoffs a lot. I was rooting for the Lakers, so that made it better, especially this year with the Kobe Bryant news. It was really cool that they were able to finish the season. I don’t watch a ton of college basketball, but March Madness is my favorite.”

Always been a Lakers fan?

“Yeah, I root for LeBron James and then Anthony Davis, too, because he’s from Chicago. I’ve always been a fan, always loved LeBron and Kobe. LeBron has lived up to every expectation.”

“I’m torn about this all the time. LeBron is the best player in the NBA, but MJ was the greatest of his time. It’s really hard to choose. Honestly, I’d say LeBron, but it is very close. I change my mind all the time.”

Did you enjoy watching “The Last Dance” last spring?

“It was really cool. It gave a lot of insight into Michael Jordan, a lot of things I could learn and pick up for my mindset playing basketball and implement into my game. My whole family watched. My mom [Karen] was actually a big Pistons fan. We’re a big basketball family.”

What was your favorite part?

“The moment I really liked was how MJ took everything personally. He was really out there to prove a point to somebody every game. It was funny, but it was scary, too. You don’t want to mess with Michael.”

How were your holidays?

“It was pretty cool. We stayed home, but it was fun. My parents actually surprised me with a Playstation 5, so that was awesome. My mom said she ‘knew a guy.’ I’ve been playing ‘Call of Duty: Warzone’ a lot, ‘NBA2K,’ ‘Madden.’ ‘Warzone’ has been fun; you can play your friends who are playing on other systems.”

“I do like playing video games, watching some stuff, movies and TV. I want to get back into reading more. I’ve got to find some good books. I’ve read a lot of fiction, but I’ll read motivational books, autobiographies, books I can learn stuff from.”

“I just finished “Cobra Kai Season 3.” It was pretty good. I liked season one a lot, so I kept watching. I liked how the third season ended. I’ve watched all the ‘Karate Kid’ movies.

I’ve watched a lot of shows, so I’m going back and watching some older movies and TV shows, like ‘The Godfather’ movies. I’m at ‘The Godfather 2’ right now.”