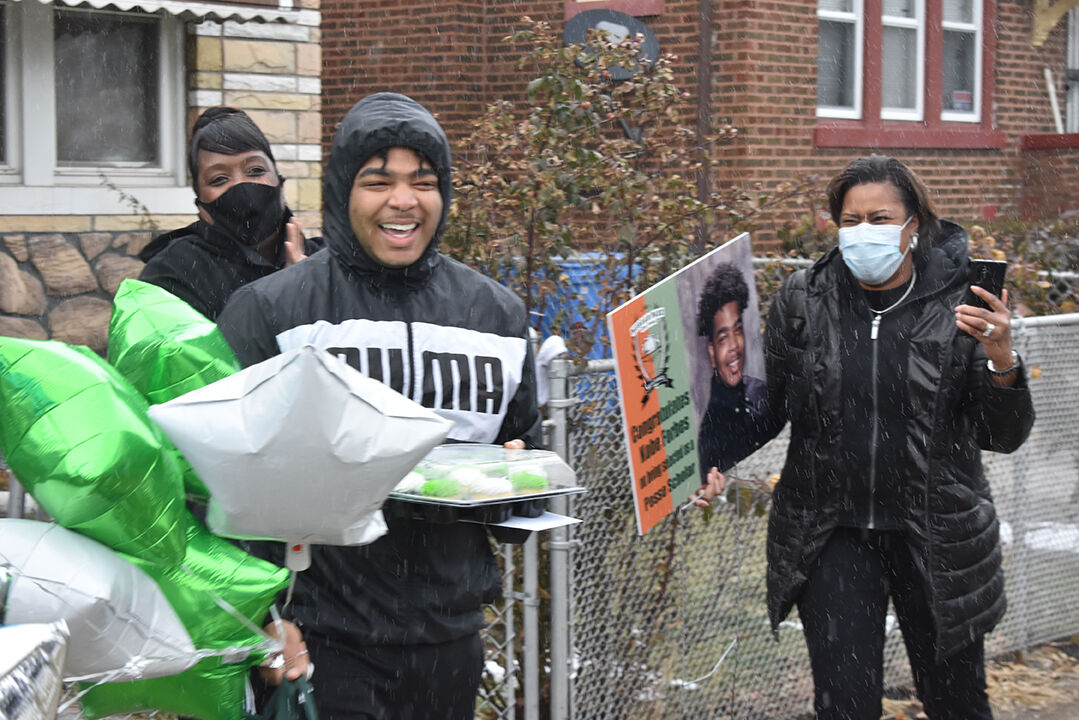 Kobe Forbes, a student at Morgan Park High School (MPHS), is all smiles on Jan. 8 after educators surprised him with a parade celebrating his Posse Foundation Scholarship, which will pay for his education at Cornell University. MPHS Principal Femi Skanes (right) and Esmond Elementary School Principal Angela Tucker joined the celebration outside Forbes’ home. Forbes is an Esmond graduate. (Review photo) 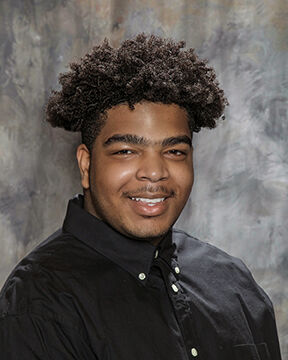 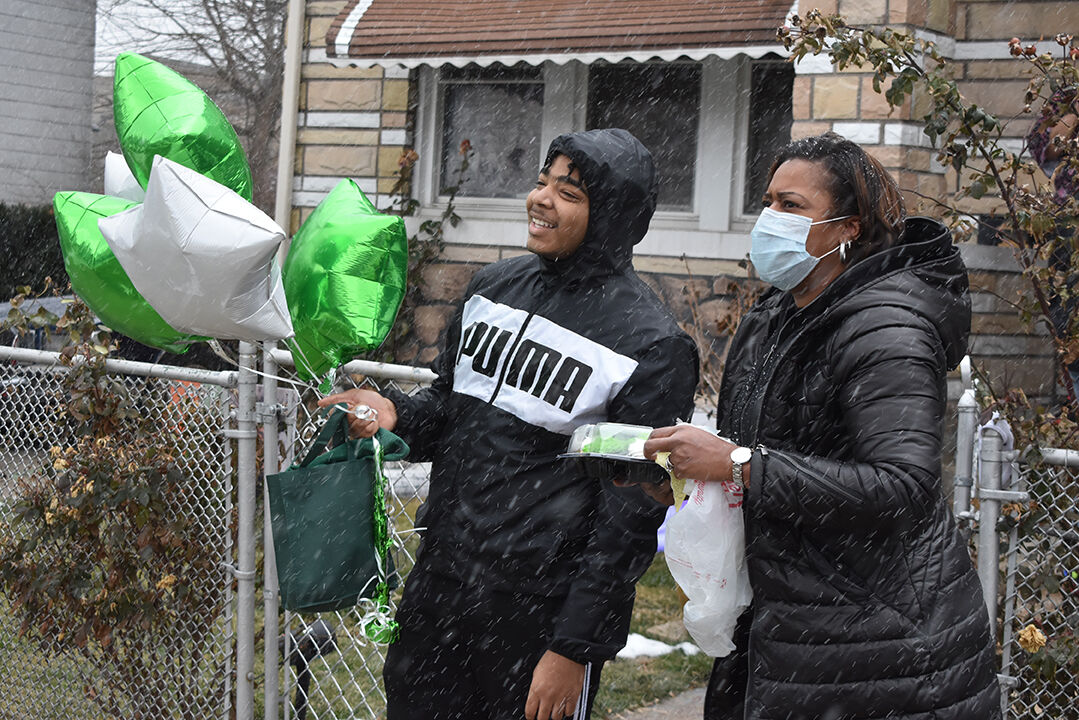 Kobe Forbes, a student at Morgan Park High School (MPHS), is all smiles on Jan. 8 after educators surprised him with a parade celebrating his Posse Foundation Scholarship, which will pay for his education at Cornell University. MPHS Principal Femi Skanes (right) and Esmond Elementary School Principal Angela Tucker joined the celebration outside Forbes’ home. Forbes is an Esmond graduate. (Review photo)

So, it made perfect sense that a large crowd would turn out to celebrate the senior earning a prestigious scholarship.

Forbes, who lives right around the corner from MPHS, was surprised with a drive-by parade at his home on Jan. 8 commemorating his Posse Foundation Scholarship, which will pay all of his college tuition.

School faculty joined his family at the surprise, which left Forbes smiling from ear to ear.

The road to the scholarship wasn’t easy—but it was worth it.

“To get the scholarship, it was unreal because the scholarship process was very excruciating and long—three interviews, a lot of essays,” he said. “Today, it hit me—this is the first time I actually cried that I got the scholarship and how big of a deal it is and how it can change my future.”

The Posse Foundation was founded in 1989 after a student remarked, “I never would’ve dropped out of college if I’d had my posse with me.” It has since identified, recruited and trained over 10,000 students “with extraordinary academic and leadership potential.”

The program serves 10 major cities and has awarded over $1.6 billion in scholarships to 63 institutions.

In 2010, President Barack Obama donated a portion of his $1.4 million Nobel Peace Prize earnings to the foundation.

Forbes will attend Cornell University next school year to study political science. The Ivy League school will allow him to grow academically and socially, he said.

“I wanted to go to Cornell because I wanted to go to a big school and branch out and find my true self,” he said. “It’s the best chance for me to become successful in my future. It’s a school that’s close to New York City, so I wanted to be there to experience the atmosphere as I grow into my next phase.”

The parade was led by an MPHS school bus decorated in the school colors, with a long line of cars trailing behind it. Participants greeted Forbes outside his home, where his family was moved to tears.

“He’s the epitome of what we expect from a Morgan Park Mustang,” Skanes said. “He is really respectful. He’s just an all-around superstar kid.”

Forbes said his success comes down to several factors—hard work, perseverance and the support of MPHS faculty.

“Dr. Skanes, I wouldn’t be here without her … and my teachers,” Forbes said. “Without them, this wouldn’t be possible.”

Forbes is a graduate of Esmond Elementary School, a neighborhood CPS school just a few blocks south of MPHS.

Other students at MPHS are also doing big things, she said.

“We have so many Kobes like him,” Skanes said. “We just wanted to highlight just what excellence looks like.”