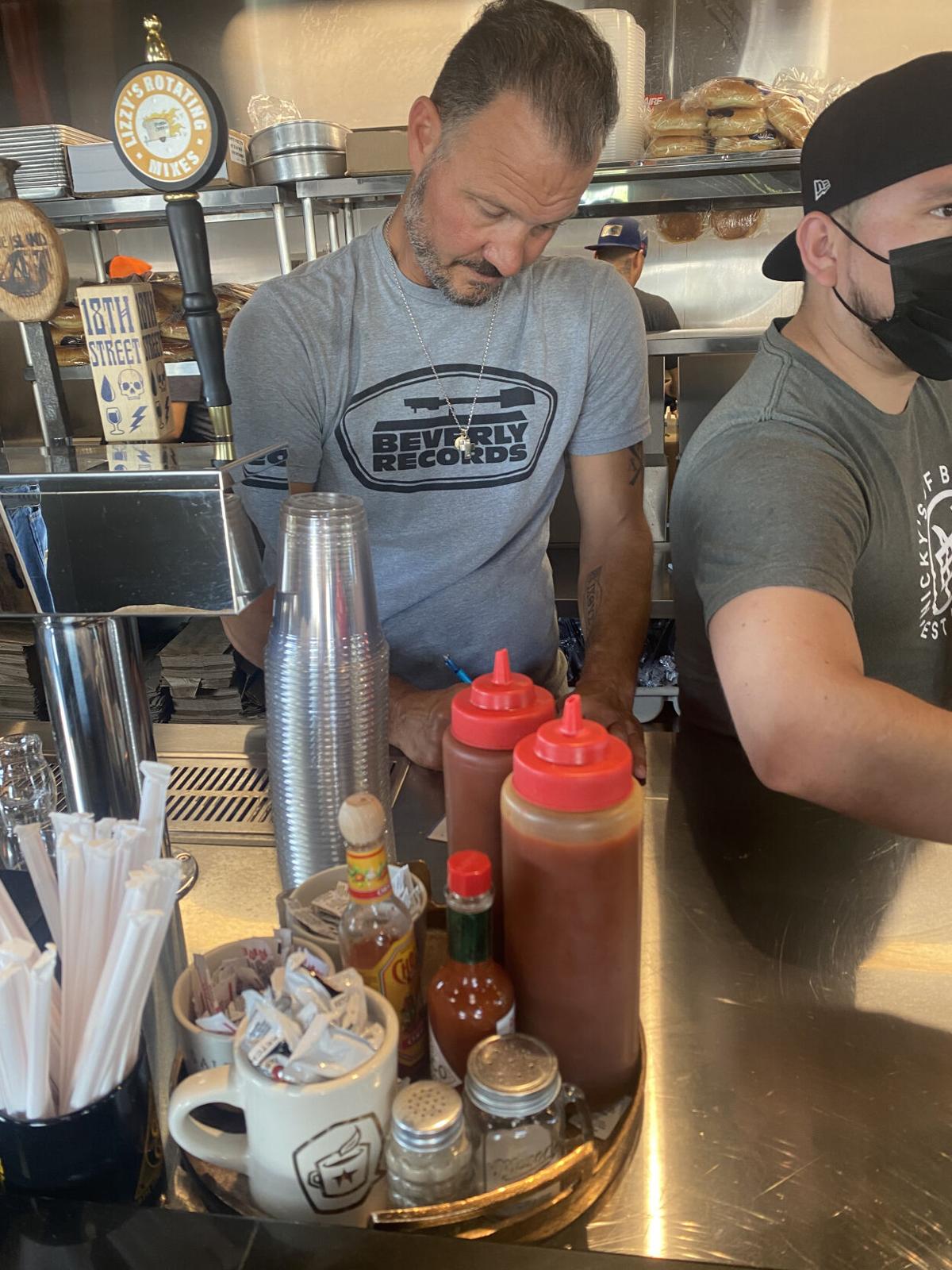 Paul Kostopanagiotou, owner of Nicky’s of Beverly, serves customers at his restaurant, 10500 S. Western Ave., while sporting this year’s T-shirt from Beverly Records to promote national Record Store Day. He said he plays vinyl records for his customers because they “dig it.” 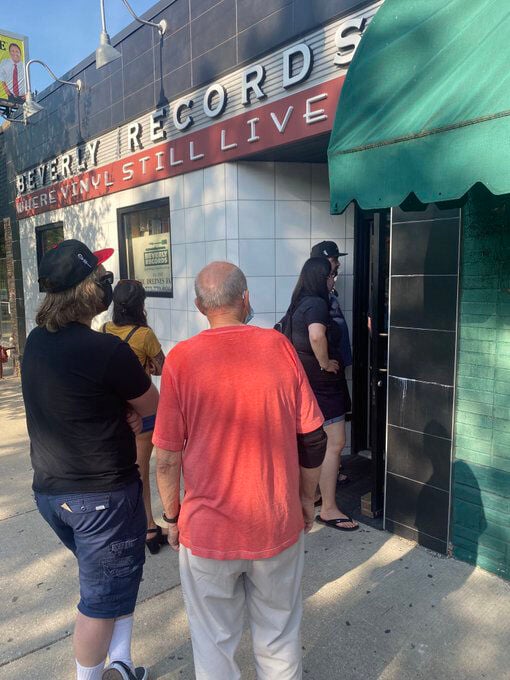 Paul Kostopanagiotou, owner of Nicky’s of Beverly, serves customers at his restaurant, 10500 S. Western Ave., while sporting this year’s T-shirt from Beverly Records to promote national Record Store Day. He said he plays vinyl records for his customers because they “dig it.”

Nicky’s of Beverly is the Simon to Beverly Records’ Garfunkel as the two business establishments embark on another celebration of vinyl records on July 17—the industry’s unprecedented second drop for Record Store Day 2021.

“I love vinyl, and that’s why we started playing it for our customers,” said Nicky’s of Beverly owner Paul Kostopanagiotou. “Customers dig hearing records, whether it’s in their own collection or something they’ve never heard before.”

On Thursday, July 15, Nicky’s of Beverly, 10500 S. Western Ave., will team up with Beverly Records for a “Roots of Rock” party, an eclectic presentation of songs from all genres and eras that thread together today’s hit sounds with “those of yesteryear.”

“We’ll have something for all music lovers, and it’s selected to entertain and enlighten,” said Beverly Records DJ John Dreznes. “We appreciate that Nicky’s of Beverly is building momentum for the second record drop two days later.”

Beverly Records enjoyed its strongest single day of sales in its 54-year history during last month’s Record Store Day. There was a run on new, used and pre-order albums, as well as the annual T-shirts customized with a new theme each year.

“We began taking orders for the T-shirts as soon as we ran out,” said storeowner Jack Dreznes, John’s father. “We’ll have more Saturday.”

The uniquely designed shirts of years gone by served as fashion statements sometime after midnight, worn by those who wanted in when the doors opened at 8 a.m.

According to social media posts on June 11, the first record enthusiasts queued up at Beverly Records’ entrance at 1:52 a.m. Because they are never at a loss for words, vinyl collectors always have common grooves to share while waiting in chairs, on stools or against the wall.

Longtime Beverly resident Joe Scheurich has been adding to his record collection as a regular “crate digger” at Beverly Records.

“I just got Frank Zappa’s album ‘Joe’s Garage,’ which is perfect because we have a garage band,” said Scheurich. “Beverly Records was the only place that had it.”

Beverly Records’ brisk sales reflects what Jack Dreznes called the “rekindling of the love affair” that music enthusiasts have for vinyl, the sound and the process of buying a full, theme-driven album and playing it over and over while reading the liner notes from the sleeves of the LP.

According to current industry messaging, the focus of the second record drop is to generate revenue at the stores, as well as “for the artists, labels, distributors and every other business behind the scenes helping record stores operate in a fiscally and socially responsible way.”

Industry experts further reasoned that the spread of events over two dates built in flexibility for the struggling vinyl pressing plants and distribution companies. Ultimately, the stores were able to commit to sensible budgets by placing sound and money-wise orders.

“No small business record store wants to get burned by over ordering,” said Dreznes. “But, we also have a commitment to our loyal customers who have helped us survive. It’s a high-wire act some years, but we’re lucky to have our community of people who keep filling the aisles and flipping through the crates.”

For now, he can take comfort in knowing Nicky’s of Beverly will fill a patio with patrons and the air with the sounds of summer.

Kostopanagiotou is likely to slide something from the sleeve of his own vinyl collection for DJ Dreznes to consider.

“Maybe Sly & The Family Stone’s classic ‘Hot Fun in the Summertime’ because these are ‘them summer days… them summer days,’” said Kostopanagiotou. “Or, better yet, we’ll play the whole album for the lunch crowd on Thursday.”