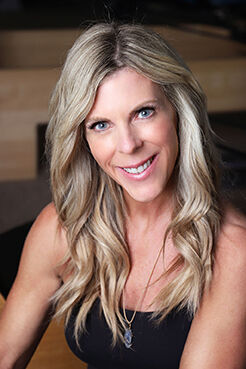 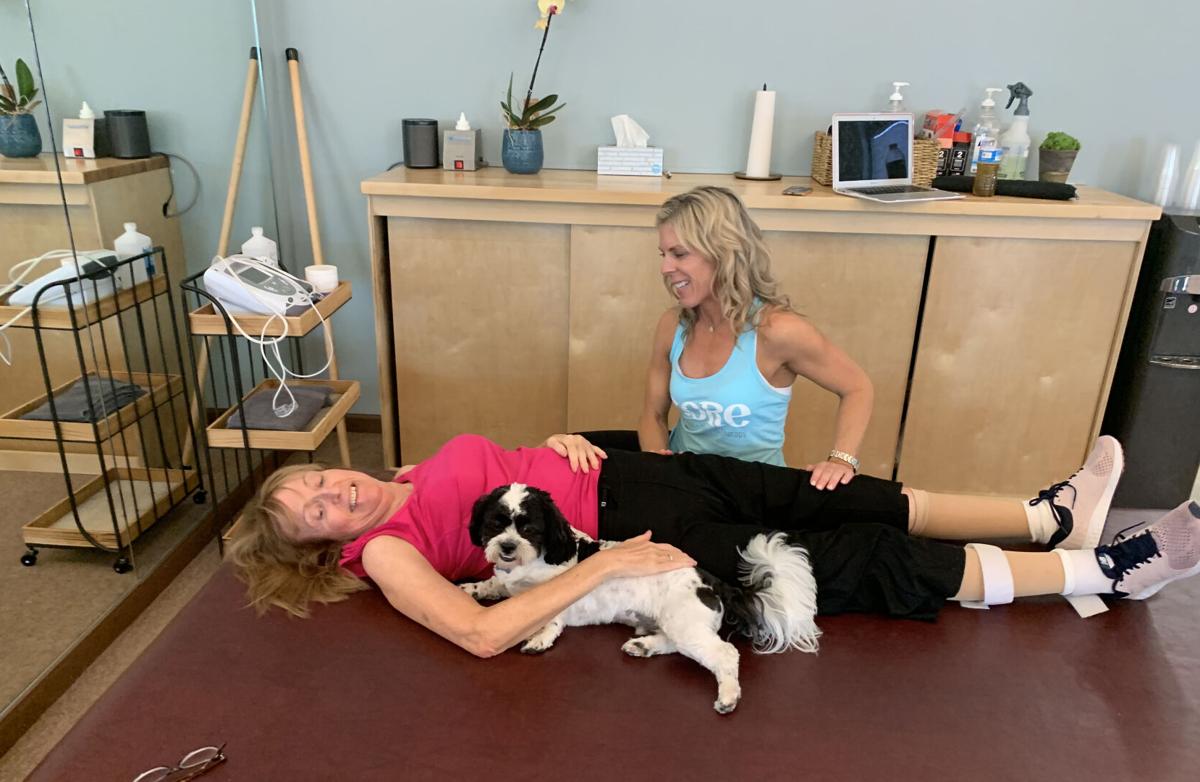 Diane Fidler, owner of Core Fitness and Physical Therapy in Evergreen Park, works with a client. Fidler, of Beverly, operates her business, 2940 W. 95th St., while also raising five sons. She employs over 40 women, and she credits her staff for keeping her 16-year-old business running smoothly.

Diane Fidler, owner of Core Fitness and Physical Therapy in Evergreen Park, works with a client. Fidler, of Beverly, operates her business, 2940 W. 95th St., while also raising five sons. She employs over 40 women, and she credits her staff for keeping her 16-year-old business running smoothly.

Diane Fidler is a busy woman.

She has owned Core Fitness and Physical Therapy in Evergreen Park for 16 years, and during that time, she has been busy raising five sons.

So, it makes sense that the Beverly resident is in such tremendous physical condition. She spends seven days a week managing her business. And, with any free time she has, she stays busy attending her sons’ activities.

“Because it’s my own business, I’ve been able to arrange the time around my kids’ schedules,” Fidler said. “And, I’ve got some great employees working for me. I put the trust into other people. A lot of people helped me.”

Fidler opened Core, 2940 W. 95th St., in 2005. After 14 years, she expanded and renovated her facility in the fall of 2019, offering more programming in Pilates, massage therapy and physical therapy.

Her employees, she said, deserve credit for keeping the business thriving. Some of them are former students and now teach classes.

However, the key, she said, is remaining dedicated to her approach started on the day she opened her business: anyone who walks through the door receives a staff member’s full attention.

“I think it’s staying true to the mission, the motto, which is one-on-one quality care, Pilates-based physical therapy,” Fidler said. “And the employees, the people who work there.”

Fidler is a former college athlete, marathon runner and triathlete, and she has a bachelor’s degree in movement and sports science and master’s degree in physical therapy. She is also a Pilates Method Alliance Certified Teacher.

She was pregnant with Ryan, she said, when she began running her business out of her home. She eventually moved into a studio, and while “I didn’t plan for this to evolve as it did,” a “very organic growth” occurred.

Core provides group and individual training, and according to the business website, “the ultimate mission of the facility is to provide a streamlined system for wellness and rehabilitation within the same physical location, using the same philosophy and key concepts.”

More classes have returned to an in-person format as the economy re-opens during the pandemic, but Fidler praised staff members Terri McCabe, Courtney McGrath and Katie Nolan for guiding the business through the public health crisis.

Core was able to continue offering physical therapy, which was deemed essential, but some programming was moved online.

McCabe has helped with managing Core since a year or two after it opened, as she took Pilates classes, which strengthen muscles and improve posture and flexibility, right when the business opened.

She marvels at the work environment Fidler provides. Over 40 women are employed at Core.

“She is just really good at what she does,” McCabe said. “She is an incredible physical therapist. She is a really smart and insightful business owner, and she’s a great boss. She really knows how to position people so that they can function at their best capacity. She’s just really good at letting people shine.”

Fidler puts in four full days with clients at the studio, but odds are she’s working in some regard seven days a week.

McCabe quipped that while running the business, Fidler never misses one of her sons’ baseball games. Fidler also empathizes with other women on her staff, providing a flexible work schedule if they have conflicting family obligations.

Fidler said when the pandemic began, she, McCabe, McGrath and Nolan were constantly exchanging phone calls and emails. McCabe said that with staff members always meeting with clients at various times, it’s difficult to hold meetings, which have to occur outside work hours—even during a rain delay of a child’s baseball game.

Fidler’s employees are “part of her one big happy family.”

Core is open to both men and women, with Fidler looking into adding golf and sports performance rehab programming soon.

She’s excited about the momentum Core has achieved—and better yet, she thinks the future is even brighter.

“We are definitely on a roll,” Fidler said. “I think we haven’t completely landed yet.”