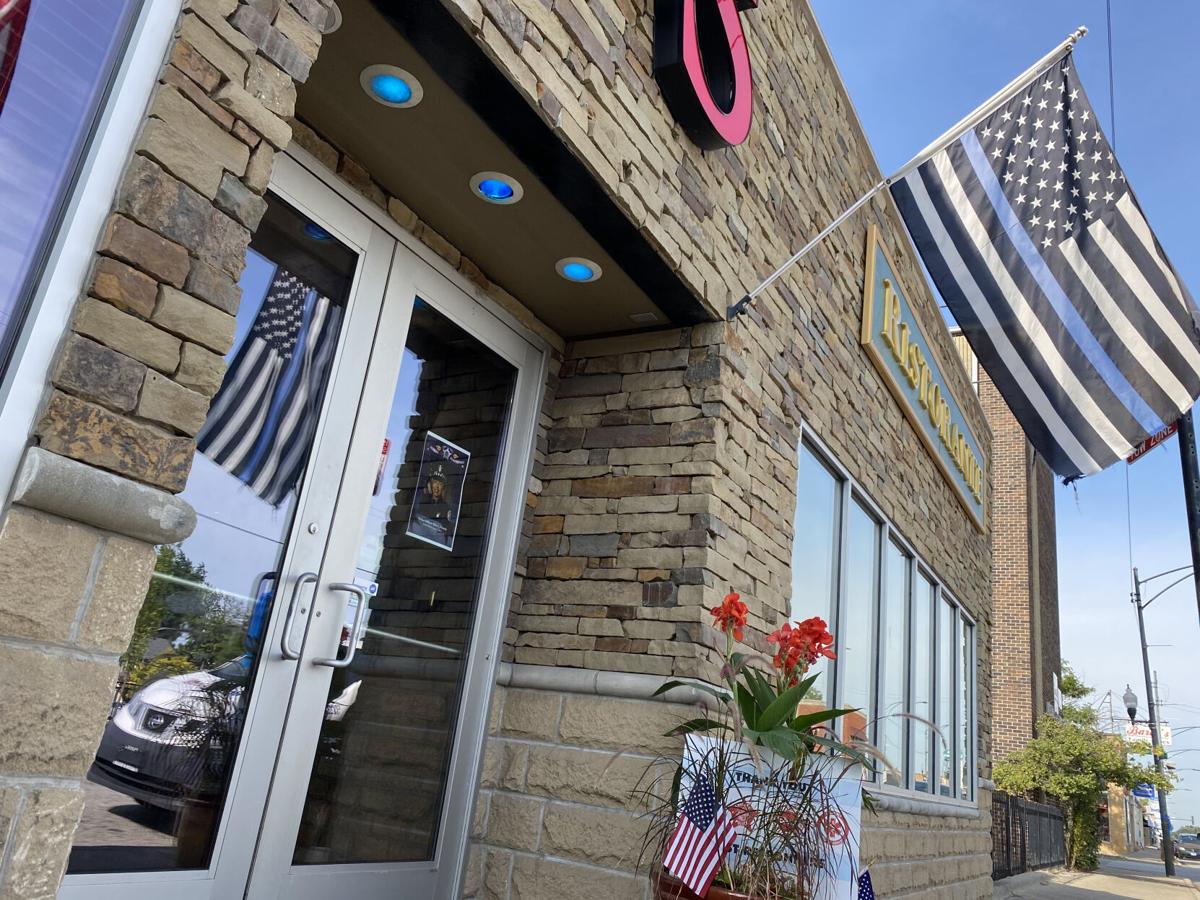 Barraco’s restaurant displays an American flag with a blue stripe to show support for police. It will host “Back the Blue,” a fundraiser, on Sept. 12. All proceeds will go to the family of fallen Chicago Police Department Officer Ella French and her partner Officer Carlos Yanez Jr., who was critically injured in the shooting on Aug. 7. 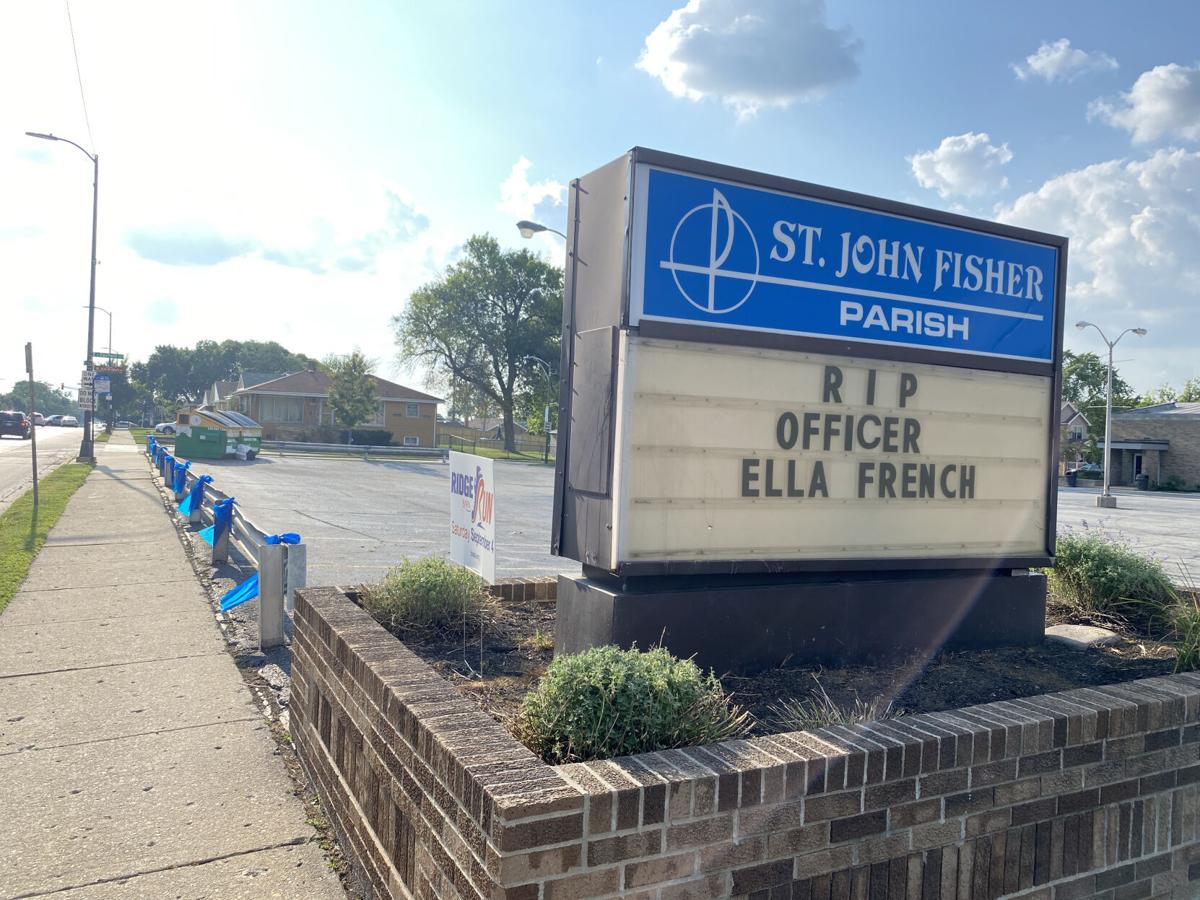 Barraco’s restaurant displays an American flag with a blue stripe to show support for police. It will host “Back the Blue,” a fundraiser, on Sept. 12. All proceeds will go to the family of fallen Chicago Police Department Officer Ella French and her partner Officer Carlos Yanez Jr., who was critically injured in the shooting on Aug. 7.

As the city continues to mourn the death of Chicago Police Department Officer Ella French, local businesses have hosted fundraisers supporting French’s family and the family of her injured partner, Carlos Yanez Jr.

The fundraiser will run from 2 to 6 p.m., and live music, raffles, food and drinks will all be included in the $40 entry fee.

The Barraco’s Mt. Greenwood location opened in 2014, and manager Daniela Barraco said her staff has witnessed the emotional devastation that police have suffered.

“From my heart, talking to police officers when we first came here, and talking to them now, it’s just really sad,” Barraco said. “They’re just so sad. Our family’s a police family. All that we want as the Barraco Family is to let the police know that we support them and we would do anything we can to help them.”

The Chicago Bears will play their first game of the season that night at 7:20 p.m., which the restaurant staff hopes attracts a large crowd for the fundraiser well into the night.

Daniela Barraco said about 80 percent of the restaurant’s clientele are police personnel, and at a family meeting after French was killed, the family discussed how they could boost morale.

The idea for the benefit took off, and various food and drink vendors are working with the family. The entire restaurant that night will be used for the fundraiser.

“We want to make it as big as possible,” Barraco said. “So, luckily, all the bands are donating their time. We have a sound guy doing everything for pennies on the dollar.”

French, 29, and Yanez Jr., 39, were shot during a traffic stop in Englewood on Aug. 7, and Yanez Jr. was left in critical condition.

French’s funeral was Aug. 19 at the St. Rita of Cascia Shrine Chapel, with thousands of people in attendance.

Her mother, Elizabeth French, who adopted French, said her two children, including her son Andrew, are her life.

“They are my heart,” Elizabeth French said. “Today, I am here with half my heart. Ella was an amazing young woman.”

Yanez Jr., a 2000 St. Rita High School graduate, released a video recently thanking people for support, and his father, Carlos Yanez, said he had never seen his son so sad as when the officer was informed that French had died.

The younger Yanez requested a shirt that was made for him be brought to the funeral, so “a little bit of me” could be with French, his father said.

The elder Yanez said his own emotions ran the full gamut.

“My heart is broken, too,” he said. “One side is so sad and broken because I feel Ella’s mom’s pain as a parent. And the other part of my heart is thankful to God that my son is still alive.”

The two officers’ third partner, Josh Blas, said he met French in October 2019, and she was loud, fun, outgoing, bubbly and “always smiling.”

She loved animals, especially dogs, and would sometimes chase stray dogs up and down the street to bring them to the shelter. She adopted one puppy she found and loved her “like a child.”

Despite his sadness, Blas said, he tried to focus on happier moments with French.

Numerous local businesses have responded with help since the shooting.

Harte’s Saloon, 9858 S. Artesian Ave., hosted a fundraiser on Aug. 15, with proceeds going to the French and Yanez families.

Culver’s of Evergreen Park, 9515 S. Kedzie Ave., donated a portion of sales to the Chicago Police Memorial Foundation on Aug. 23.

“We’re proud to call Evergreen Park home and doing our part to help just feels right,” Culver’s spokesman Matt Herrmann said in a news release. “We strive to make a difference in the community we share with so many others, and working with Chicago Police Memorial Foundation allows us to help support individuals and families in our area.”

In accordance with Mayor Lori Lightfoot’s order, city buildings in the community have flown their American flags at half-mast to honor French, including at local parks.

Blue ribbons adorn many street poles and trees, and marquees outside schools and businesses pay their respects to French.

Barraco’s has backed many causes that support the police, including hosting events for the Chicago Police Memorial Foundation.

For “Back the Blue,” Daniela Barraco said, community support has been strong—just like always.

“Every person from the neighborhood who has come in here,” she said, “has offered to volunteer.”