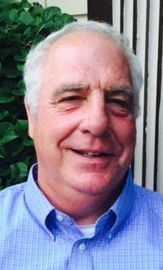 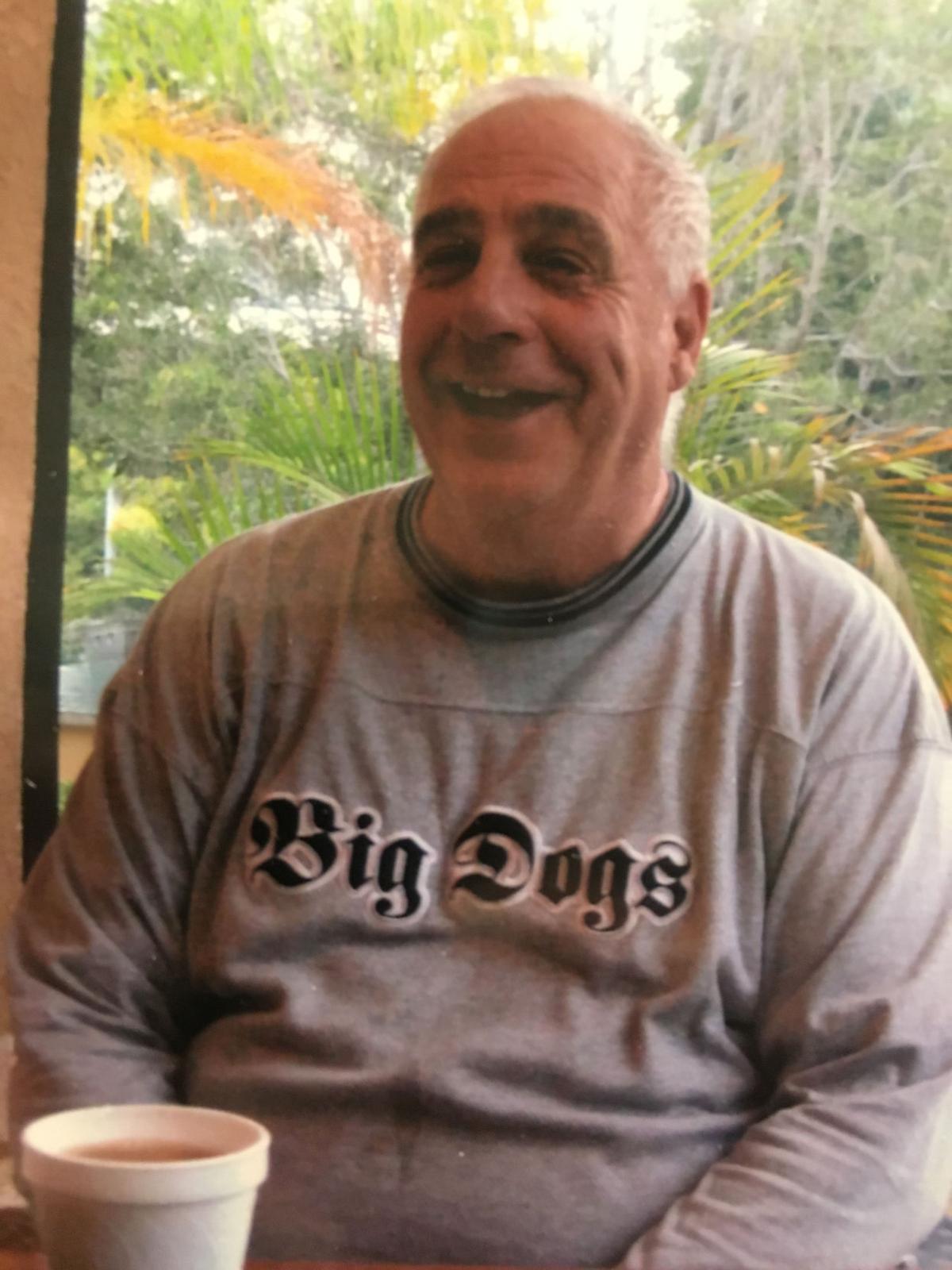 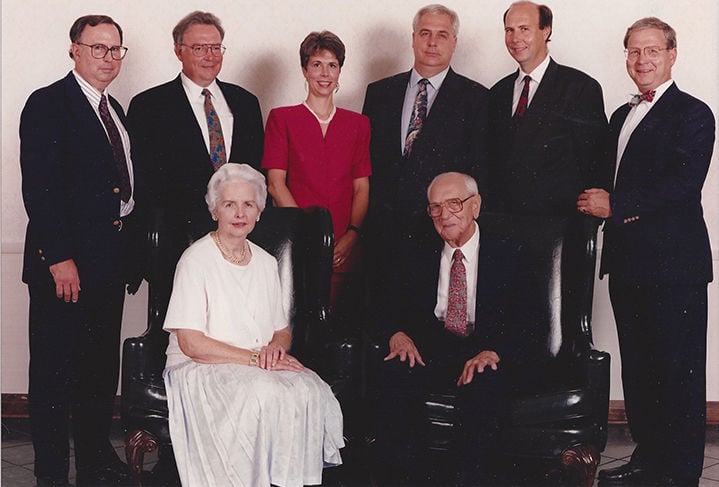 Despite his imposing stature, Richard “Spike” Siegel had a calming, encouraging presence.

A longtime Beverly resident, Siegel used kindness and patience to help at-risk children find their way during his 30-year career as a Cook County Juvenile Court probationary officer, and he is now being mourned after his death on June 27 at age 70.

Siegel was known for his dry humor and fun-loving nature, and even after retirement, he worked in Chicago Public Schools (CPS) helping young people dealing with behavioral issues.

John Siegel said that, throughout his life, his brother was a good-hearted man.

“Ever since he was young, he was always interested in social justice and fairness and race relations—just fairness according to the law,” John Siegel said. “People should be treated fairly. He always had a big heart like that.”

Spike Siegel, a Brainerd native who lived in Beverly for 50 years, moved his way up the ranks of the Cook County Juvenile Probation Department. He began as a probation officer, then became a supervising officer.

He worked in the juvenile system with young people facing life crises, and Siegel insisted they receive due process in the courts system.

John Cosgrove, the department’s now-retired deputy chief, worked with Siegel during Siegel’s entire career with the department. He said Siegel’s job was one part law-enforcement officer—to determine if an individual in fact needed to be sent to prison—and part social worker, providing counseling to the person. Siegel completed extra training to be as prepared as possible, and he was always there for others. He possessed a quality that great probationary officers need—the ability to listen.

“He was one of a kind; there’s no doubt about that,” Cosgrove said. “I’ve never met anyone like him in my life. He was so funny and creative and compassionate and really thinking of others all the time. He would do anything for you—at his own cost.”

As recently as late May, Cosgrove said, Siegel displayed his selfless character. While enjoying retired life, he learned that a friend from the department who lived in Lakeview broke her arm and needed to see a doctor in Skokie. Siegel drove to the North Side to pick her up and take her to the doctor. He then waited for her appointment to finish and then drove her back home.

Professionally, Siegel treated everyone at work with respect, Cosgrove said, whether it was a superior or an office assistant. He could strike up a conversation with anyone.

“He was very much a beloved guy in court,” Cosgrove said. “Everybody liked Rich. He had so many friends.”

During his career in the probation department, Siegel began working part-time as a crisis worker at an area YMCA, where for 20 years he was on call to help young people in dire situations, whether they had run away from home, needed a foster home or required counseling.

He met his wife, Laurie (nee Pacente), at the YMCA, and he became a stepfather to her children, Patrick and Erin.

After retiring from the probation department, Siegel worked for eight years as juvenile court liaison for Montefiore Special School, a now-closed CPS school for boys dealing with behavioral issues. Siegel represented the boys in juvenile court and helped them receive anger management, counseling and drug treatment.

He was familiar with Montefiore through his job as a probation officer and through his work as a substitute teacher there. Even being “retired,” Siegel enjoyed staying active.

“He always wanted to be busy,” Cosgrove said, “and have some structure.”

His work at Montefiore was appreciated, and, Cosgrove said, “The principal loved him.”

Siegel earned his nickname as a child, his brother said, after a typo in a newspaper. Siegel was representing Brainerd Beverly Little League in an all-star game against Longwood Manor Little League, and in describing Siegel’s home run, a reporter misspelled his last name as something resembling “Spikel.”

The moniker of Spike stuck throughout the rest of his life.

Siegel attended St. Margaret of Scotland Elementary School, then St. Ignatius College Prep, where he starred in basketball. As a center/forward, he often went up against De La Salle Institute’s LaRue Martin, who went on to become an All-American at Loyola-Chicago before playing in the NBA.

Siegel wouldn’t back down from anyone.

“My father used to say that he had sharp elbows,” John said, “when he went for a rebound.”

Siegel enjoyed playing basketball as an adult, competing in an outdoor league at Munroe Park, the Mike Hogan 3 on 3 Driveway League and the St. John Fisher “Hatchetball” League, where he and his friends comprised a “Vets” team for many years.

Siegel also loved watching sports—and was seemingly an encyclopedia of knowledge. If a rain delay came up in a game on TV and the network showed a classic game from years before, Siegel would light up.

“Richard all of a sudden would tell how the game ended, and sure enough, he was right,” John said. “He really loved sports.”

Siegel was also known for his sage advice. He was three years older than John, and when John was considering joining the seminary after high school, he sought advice from his older brother.

In a dry tone, Siegel told John to make sure he was fully committed—because he wouldn’t get a second chance.

“His line was, ‘Well, you can always quit, but you can’t always join,’” John said, “which was a Rich Siegel-ism.”

Siegel earned a degree in criminal justice from St. Norbert College, in De Pere, Wisc., in 1972, and he received the school’s distinguished achievement in public service award in 2015.

The nomination described Siegel as a “civilizing, insistent human voice that made a difference to those in need of help.”

Bill Garmes, of Beverly, was friends with Siegel for over 50 years.

Garmes recalled that the two met at a party in Beverly during high school. He said some big guy at the party was teasing a girl—to the point that she began crying.

Suddenly, Garmes said, another big fella—Siegel—emerged from the crowd to defend her.

At that point, Garmes only knew Siegel was a skilled basketball player who “could jump through the gym roof.”

At the party, Siegel was wearing his signature Converse All-Stars, khaki pants and an Irish lid, and his emergence from the crowd, Garmes said, “was like out of a movie.”

Siegel exchanged words with the bully; a few punches were thrown, and Spike prevailed. The bully took off, and the girl felt better.

“I remember thinking to myself, ‘That’s one of the coolest things I’ve ever seen,’” Garmes said. “It was my introduction to Spike, and I’ve thoroughly enjoyed every minute that I have spent around him thereafter.”

The two remained friends into adulthood, often teaming up in local men’s basketball leagues and golfing together weekly almost year-round.

Cosgrove said Siegel always talked about his love for the Beverly neighborhood. Whenever Cosgrove met people from the community, he would ask if they knew the Siegels—and “half the time, they did.”

Cosgrove raved about the great relationships that Siegel enjoyed with everyone he worked with in the Cook County juvenile probation system.

“He was friends with everybody,” Cosgrove said, “and everybody loved him.”

He is survived by his wife, Laurie; his stepchildren, Patrick and Erin Heintz; his dog, Teddy; his siblings, Robert, Ray (Lynn), John (Virginia), Mary Beth (Paul Glick) and Charles (Sue) Siegel; nine in-laws; and many nieces and nephews.

In lieu of flowers, donations may be made to the Harold and Rosemarie Marx Memorial Fund at marxfund.org.